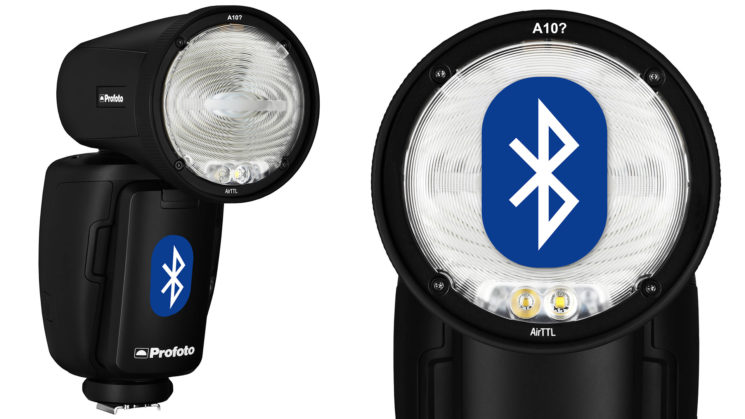 According to a report on Lighting Rumours, Profoto might be getting ready to announce a new A10 speedlight next week. It’s possibly a replacement model for the company’s Profoto A1X, but with added Bluetooth support. This potentially allows it to utilise the Profoto AirX functionality that Profoto released a couple of months ago for the iOS app. At the moment AirX supports Profoto B10 & B10 Plus strobes and Profoto C1 & C1 Plus LED lights.

If true, it’s not really much of a surprise that Profoto is gearing up to add this functionality to their speedlights. Even for those who already own a bunch of Profoto B10 strobes, they’re not the kind of thing you can just slip in a backpack and carry around with your phone for when the mood strokes. A speedlight, on the other hand, makes a lot of sense.

LR says that placeholder listings have appeared on stores that mention a “Profoto A10 AirTTL flash, with Bluetooth” with variants for Nikon, Canon, Sony and Fuji – the same brands the A1X supports. They also say that they’ve seen a price listed of €1,075 and that a source has told them that the A10 uses the same battery as the A1X.

The original “thousand dollar speedlight”, the Profoto A1 was released in September 2017 with the A1X arriving 20 months later in May 2019. Now, we’re only 16 months further along from that release and already we might see another new speedlight. That’s a pretty rapid release cycle for replacement models.

Neither Nikon nor Canon have released a new flagship speedlight since 2016 and we might be about to see Profoto’s third in as many years.

I know Profoto users expect their lighting kit to be expensive, but to expect to replace it so often? This seems a little much, no?