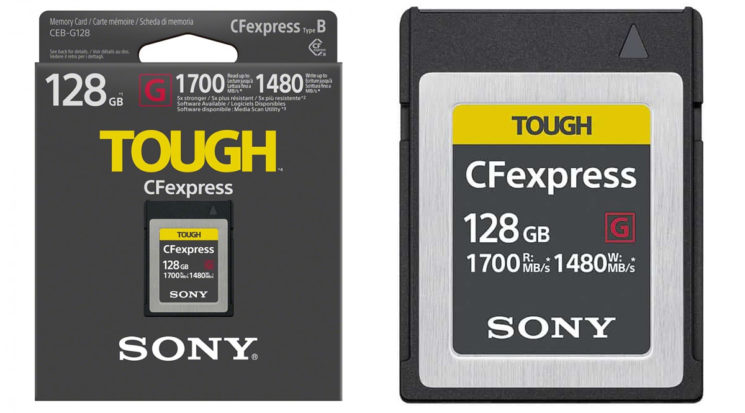 Hot on the heels of ProGrade Digital’s CFexpress announcement, Sony, too has announced that new CFexpress cards are coming. While Sony’s cards don’t come in the same high 1TB capacity as the ProGrade cards, they are even faster, offering up to 1700MB/sec read and 1480MB/sec write speeds. They’re also built to be rugged, falling under Sony’s “Tough” line of memory cards.

Using the same form factor as XQD, CFexpress is set to become the new standard as the successor to both CFast and a drop-in replacement for XQD compatible devices – once the manufacturers of those devices release new firmware to support it. Right now, that means the Nikon Z6, Z7, D850, D500 and D5, Panasonic S1 and S1R as well as the Phase One IQ4 150MP.

Sony says that the CFexpress Type B memory card at 1700MB/sec is more than three times faster than their fastest CFast cards, with read speeds of around 530MB/sec. And it’s almost four times as fast as XQD at 440MB/sec. At least when it comes to read speeds. But the write speeds are no slouch, either. At 1480MB/sec, it’s three and a half times as fast as the 400MB/sec XQD and just under three times as fast CFast at 510MB/sec. 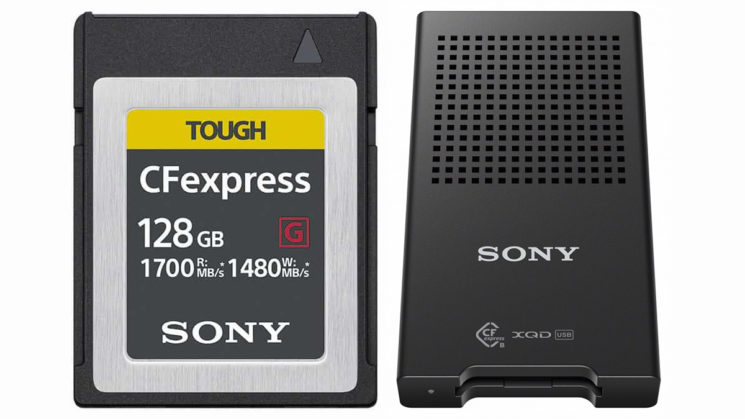 But Sony’s new CFexpress cards are not only fast, but they’re built tough, too. They say their cards “surpass the CFexpress standard by a factor of three, being able to withstand 70N of force in a bend”. Sony says that it also has increased shock resistance, with greater survivability for drops of up to 5 metres. It’s also “temperature proof” from -25°C up to 85°C, X-Ray proof, anti-static and has a UV guard to “support usage in tricky or tough environments”.

The Sony CFexpress cards will initially be offered in 128GB capacity, with 256GB and 512GB versions planned for the future. Along with the launch of the card, Sony is bringing out a new CFexpress MRW-G1 Card Reader, which will also be compatible with XQD.

Both the 128GB CFexpress card and the MRW-G1 reader are expected to be available in Summer 2019. Prices have not yet been announced.