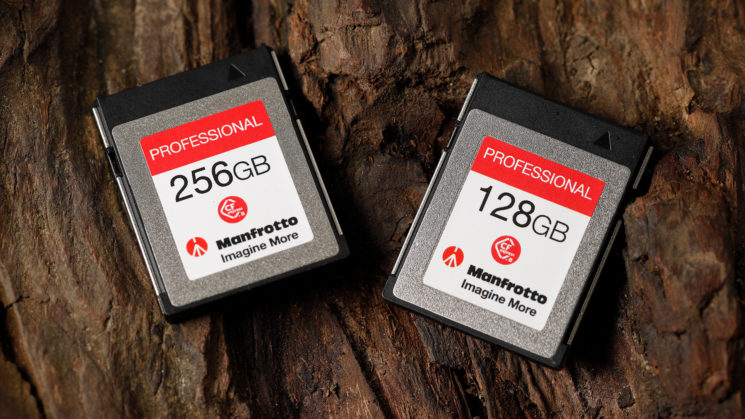 Manfrotto is breaking into the CFexpress market with two new CFexpress Type B memory cards. Initially being offered in two capacities of 128GB and 256GB, the cards offer speeds of up to 1,730MB/sec, and allow you to record 4K, 6K and 8K video footage at high frame rates, not to mention fast buffer clearing for RAW stills.

Manfrotto says they offer “industrial strength and reliability with unparalleled performance” for use in temperatures from -25°C all the way up to 70°C, so whether you’re shooting in the sub-zero arctic temperatures or the hot Arizona sunshine, they should stand up to the task just fine. 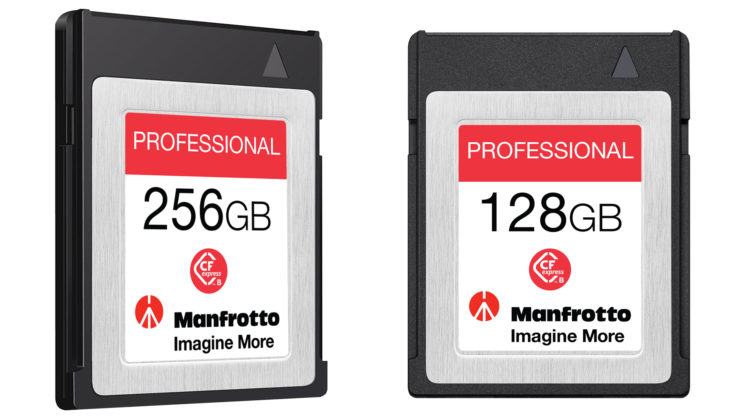 Manfrotto’s CFexpress Type B cards offer read speeds of up to 1,730MB/sec and write speeds up to 1,540MB/sec with a PCIe 3.0 interface. They officially list them as being compatible with Nikon, Canon, Panasonic and Sony cameras, but do not limit their abilities to those brands. I would expect that unless somebody tests them and proves otherwise, they’ll be compatible with pretty much everything that has a CFexpress Type B slot.

At the moment, the Manfrotto Professional CFexpress Type B cards will become available exclusively through the Manfrotto store, priced at $199.99 and $399.99 for the 128GB and 256GB versions respectively (£159.95 and $319.95 in the UK). There’s no word yet on US prices and when (or if) we can expect them to start popping up at other retailers.

« Profoto has launched a $300 light stand bracket for its $1,100 speedlight
Six techniques to master as a landscape photographer storyteller »