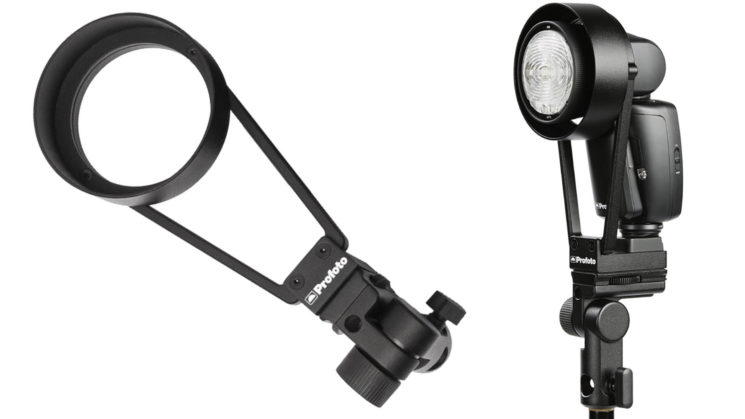 When Profoto first announced the original $1,000 A1 speedlight, I thought they were just having a laugh. But it turns out that it wasn’t April 1st and no, they weren’t kidding. To its credit, the Profoto A1 ended up being a pretty solid speedlight. Still a little overpriced for many, but decent with the obvious perk of doubling up as a backup flash trigger for existing Profoto users.

Then they brought out the A1X and most recently the $1,100 A10. And if you didn’t think these prices were high enough already, Profoto has just announced the new Profoto OCF adapter to go with them. It’s $300. Yup. Three hundred bucks.

A $300 hunk of plastic and (maybe?) metal to let you stick your speedlight on a light stand and use it with your Profoto modifiers (or an umbrella). Again, I get it. It’s going to mostly be Profoto strobe users who buy into the A-series speedlights. But $300 for a flash bracket? vs $25 for a Bowens mount one (That can also hold the A10).

I don’t know. Maybe it’s just me, but I don’t think I will ever be able to get myself in the mindset of a Profoto shooter.

If you’re interested in getting a really expensive speedlight bracket, though, the Profot OCF Adapter is available to buy now for $299 and is already shipping.

« This photographer will never replace the sky in his photos
Manfrotto’s new 1.7GB/sec CFexpress Type B cards are built for extreme shooting conditions »