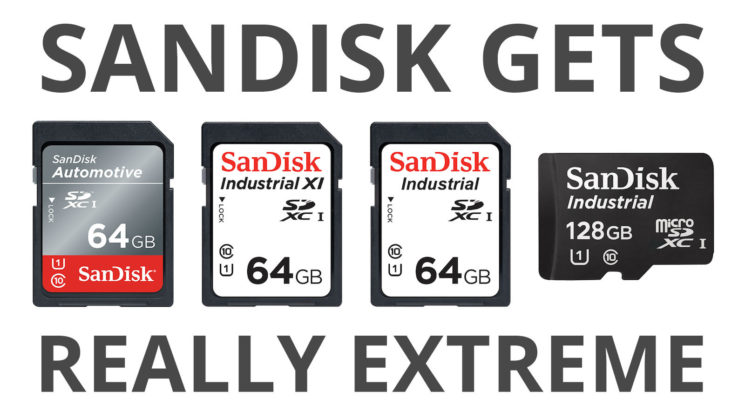 We’ve seen memory cards that have survived the wash, explosions, four years in the ocean and more. But as if memory cards weren’t tough enough already, SanDisk just had to go and make them tougher. Their new line of Industrial and Automotive cards designed to stand up to the intense extremes to which they’re exposed.

The Automotive SD is designed for use within vehicles and drones. The Industrial SD, Industrial microSD and Industrial XI are intended for more mainstream use. The standard Industrual can withstand temperatures of between -13°F (-25°C) and 185°F (85°C). While the top end remains the same, the Automotive and Industrial XI cards are rated down to as ridiculous low of -40°F (which is also -40°C).

The cards read and write speeds come in at 80MB/s and 50MB/s respectively. So, while they’re not as fast as some cards, they’re not all that slow, either. They also include a Health Status Monitor, allowing manufacturers to check on card usage and performance levels.

The cards also feature various security enhancements, too. A Host Lock feature allows customers to setup passwords for their cards. This prevents them from being read on unfamiliar devices.

While not really aimed at photographers, I can see these becoming quite useful for extremely cold or heat photographic applications. Long term timelapse in the desert, or arctic wildlife photography expeditions, etc. Of course, in the case of the latter, your camera may freeze up long before your memory card struggles. 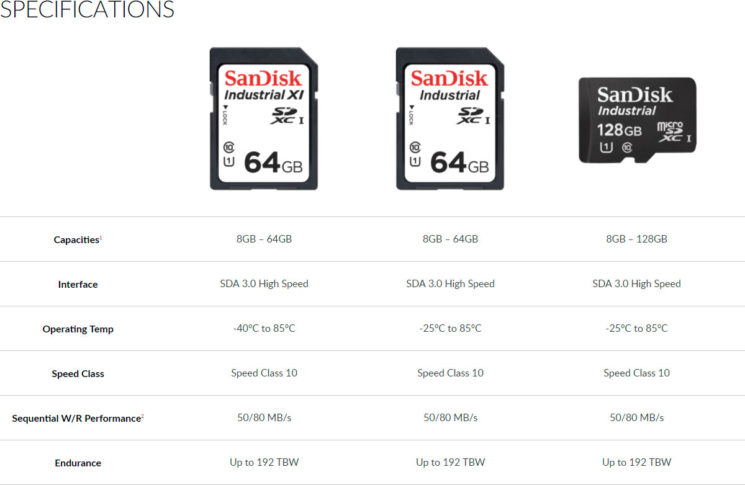 Anandtech reports that sample units are out there being tested by OEMs as we speak. There’s no word yet, though, on when they’ll start to appear in our devices, nor exactly in which devices they’ll appear.

It’s interesting to see the direction SanDisk are taking since being taken over by Western Digital. Equally as interesting will be Lexar’s future as it’s now also under new management.