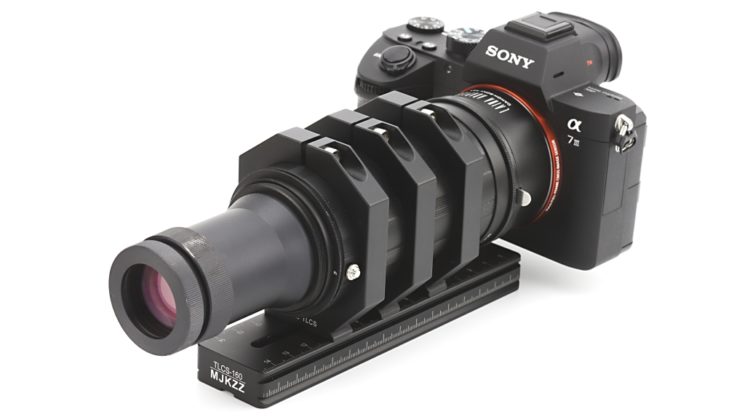 If you ever visited some industrial surplus shops, very often you would see some cameras and lenses used in industrial automation. But you probably do not know that these lenses can have very high optical performance and features we want: high resolving power, large image circle, low distortion, and often very long working distance compared to some of the other lenses we use.

There are other lenses, but the best lenses are the so-called line scan lenses. These line scan lenses often have very high resolving power that it can match or beat a microscope objective. Here is a lens that I ran into and bought it after checking scratches, molds, etc. I was told that it is a 12K line scan lens. After some googling, I found its specs here. So, it looks like it has 7um resolving power, over 118mm working distance, and an image circle of 86mm. 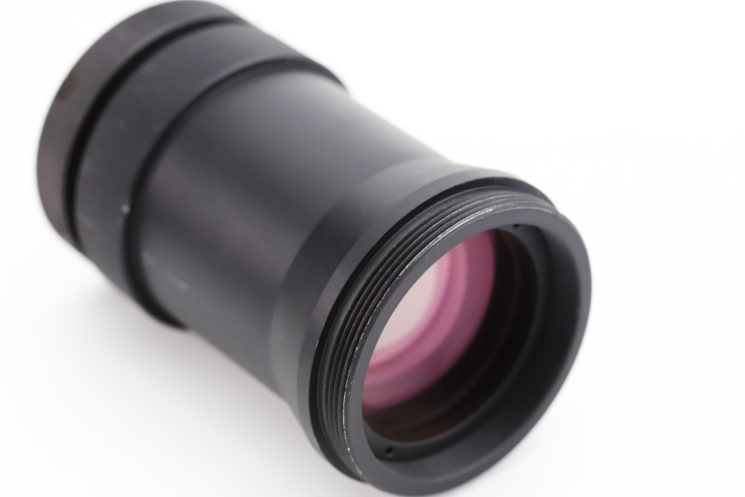 With spec sheet like that, though at around 1.25x, it can beat some of the best objectives like this Mitutoyo 1x objective (though Mitutoyo 1x is APO) that has resolving power of 11um, working distance of 11mm, etc. 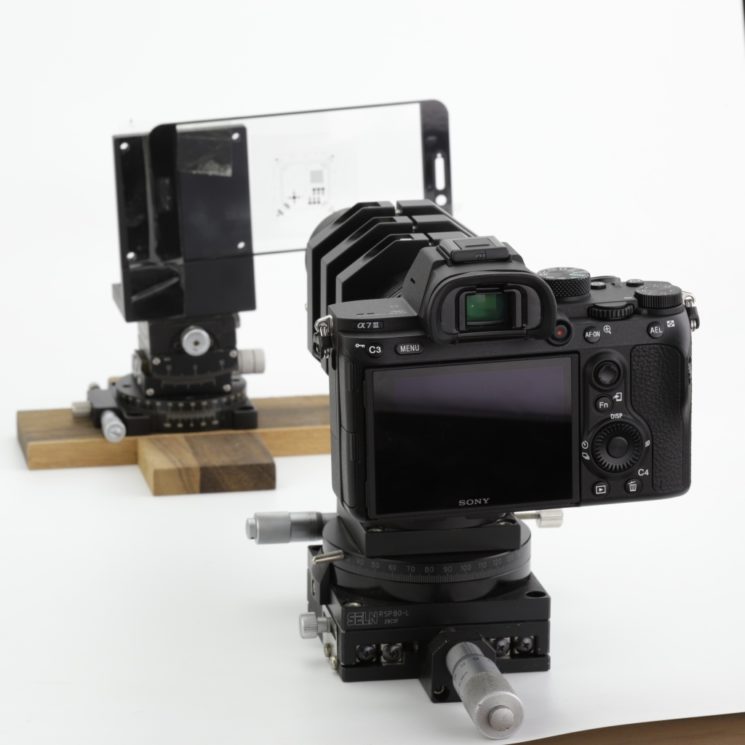 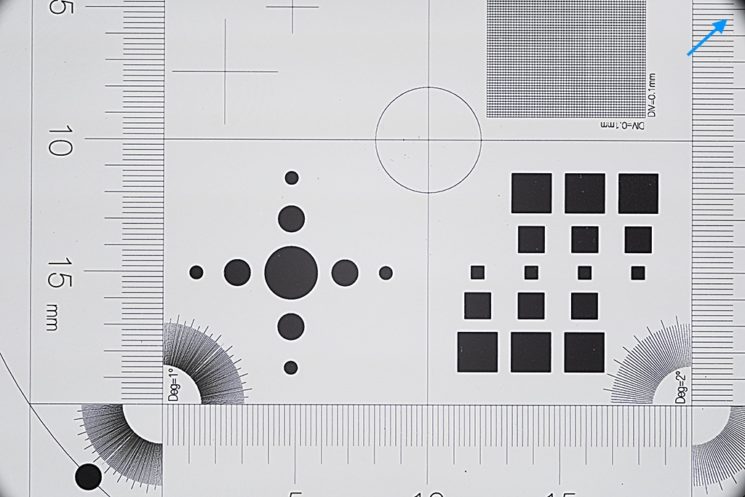 Image shot with the setup above. Note the vignetting pointed by arrow (all 4 corners), this is caused by tubing, not by the lens. The lens can produce image circle of 86mm

The image above looks very sharp (though I wish the printing on it can be sharper). If you look at the large square grid, there is very little distortion. The 1 deg and 2 deg pattern at the left and right corner are sharp, too, indicating good corner to corner coverage. 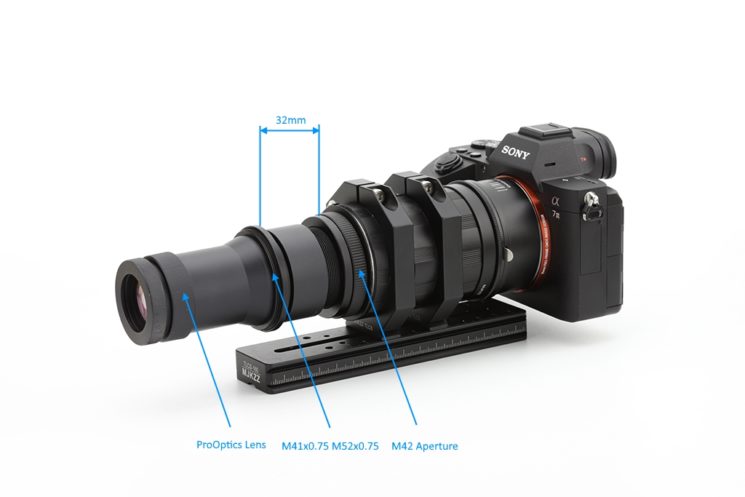 Making it telecentric by adding some spacers and an aperture assembly. 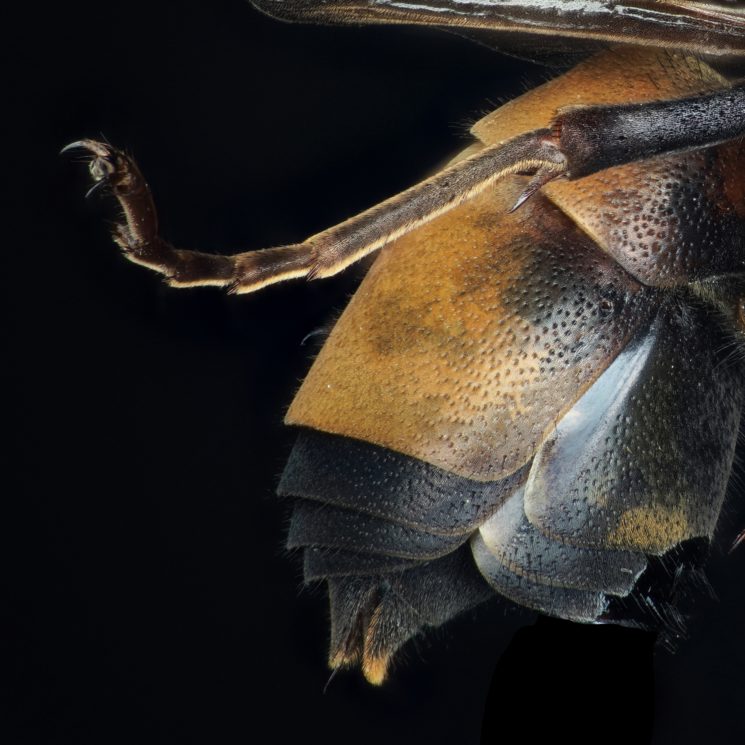 After making it telecentric, this is one of the result. This was stacked from 151 images for a 12mm deep stack. Scale from first to the last is about 1.045, so the scaling factor for between adjacent images is about 0.03%, a bit more than 0.02% for ideal measurement, but good enough. Without this telecentric modification, it is 0.052%.

Images shot with this setup 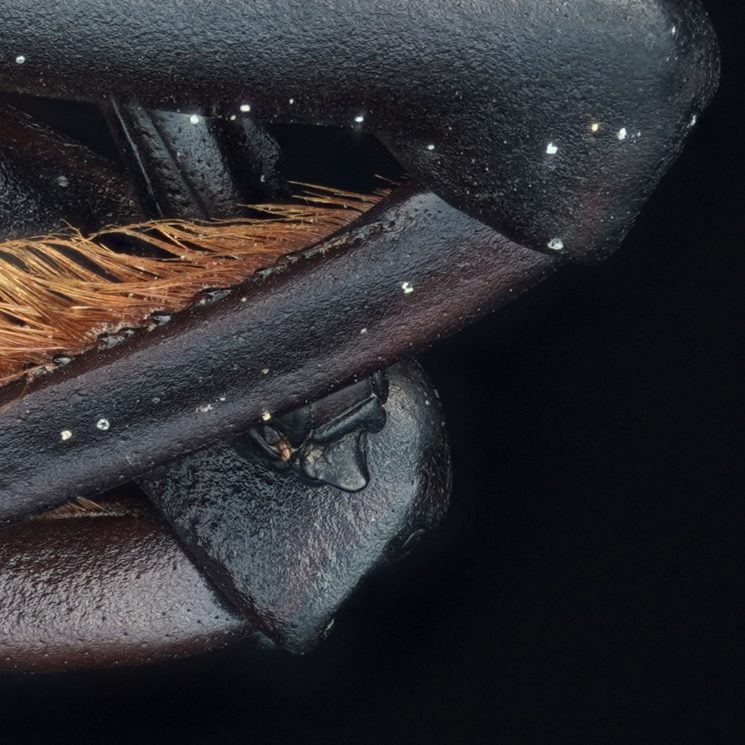 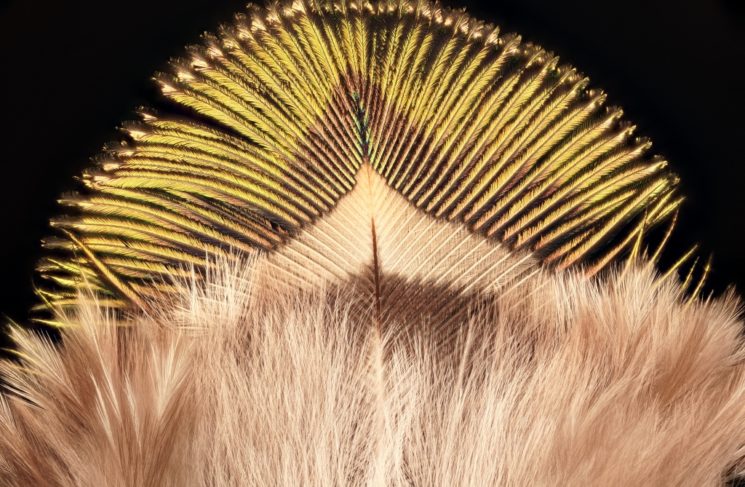 This is a small part of peacock feather, the bottom part usually looks “fluffy” but under this lens, each fiber looks pretty stiff. 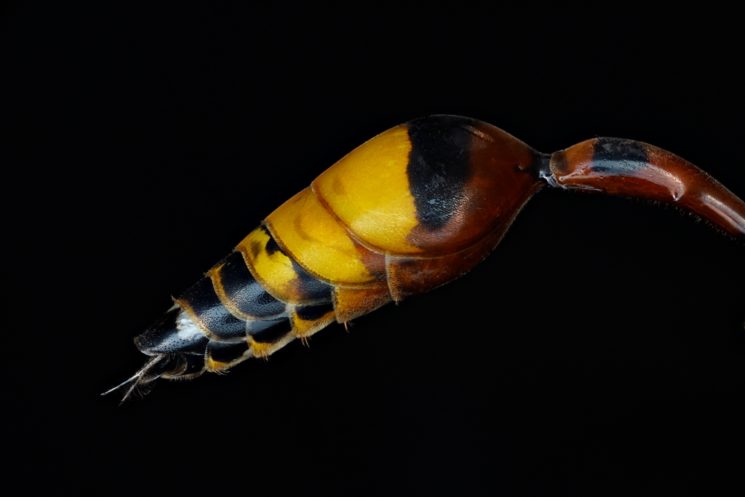 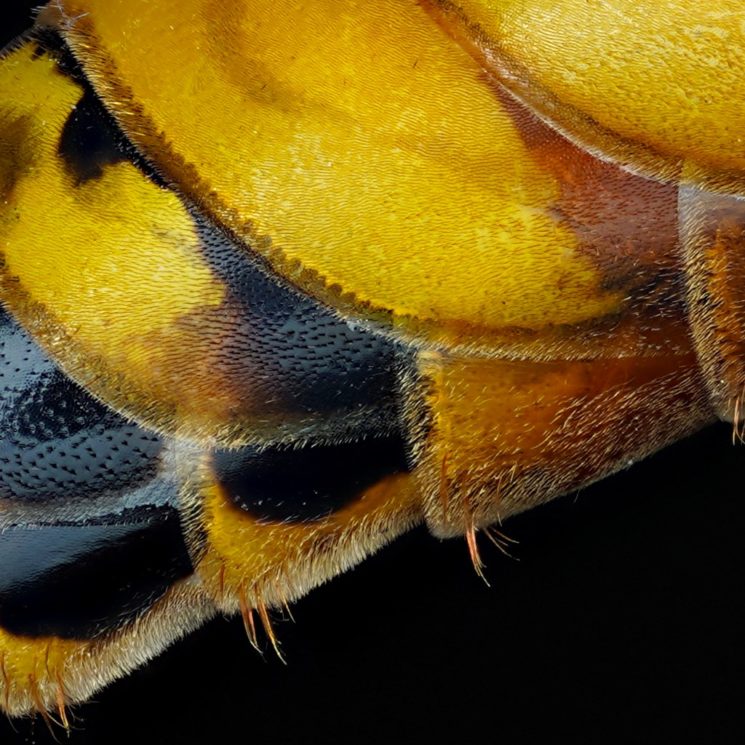 Conclusion: The next time you visit an industrial surplus shop and if you see this kind of lens, particularly line scan lens and it is “cheap”, grab it!

Peter Lin is an extreme macro photographer with a keen eye for the details. He’s also an electronics enthusiast who often combines his interests to create some fantastic imagery, not to mention interesting gadgets. You can find out more about Peter and his projects over on his website. This article was also published here and shared with permission.