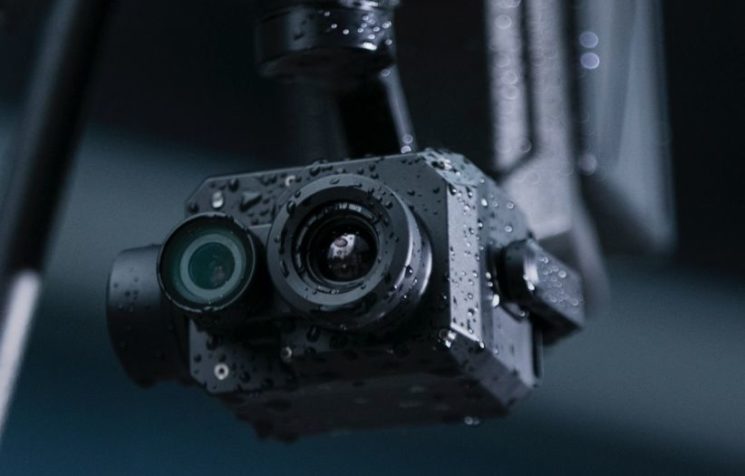 DJI has expanded their line of cameras for industrial use with Zenmuse XT2, a thermal imaging camera equipped with side-by-side visual and thermal imaging sensors. The company describes it as “the next generation of commercial froe solutions.” With this new camera, DJI wants to expand the purpose of its enterprise drone platforms. They put the focus on tasks such as infrastructure inspection and agriculture, firefighting and search and rescue.

Zenmuse XT2 was created in partnership with FLIR Systems. It’s equipped with DJI’s Payload Software Development Kit (SDK). It allows users to integrate custom cameras, sensors and other types of payloads onto DJI drones. This way, the potential of drone technology is further expanded for businesses, governments, and researchers.

The new camera from DJI features gimbal-stabilization. It has a dual-sensor, combining an FLIR radiometric thermal imager and a 4K visual camera. Users can combine visual and temperature data into one image, which allows identifying objects more easily. The camera is able to automatically track an object through two intelligent flight modes. QuickTrack centers the camera on the selected area, and HeatTrack automatically tracks the hottest object in view. The Temp Alarm feature interprets thermal data in real-time and alerts drone operators when an object’s temperature exceeds critical thresholds.

With this camera, DJI believes it will “strengthen its leadership in the commercial drone industry”, according to Jan Gasparic, Head of Enterprise Partnerships at DJI. But other than that, the company believes it will “provide a powerful, flexible and standardized platform which customers from different industries can build upon.” But most importantly, the camera is aimed at public safety professionals who are using drones to save lives.

Introducing the DJI Zenmuse XT2 – a dual sensor thermal imaging solution that sets the standard for the next generation in aerial imaging.
Learn more: https://t.co/FYsP5PeYr2 pic.twitter.com/cdeFBviaDF

Zenmuse XT2 is compatible with DJI’s Matrice 200 Series and Matrice 600 Pro enterprise drones. It’s already available for purchase only through authorized DJI Enterprise dealers, and you can find a list of them here. DJI offers access to its Payload SDK on this link.