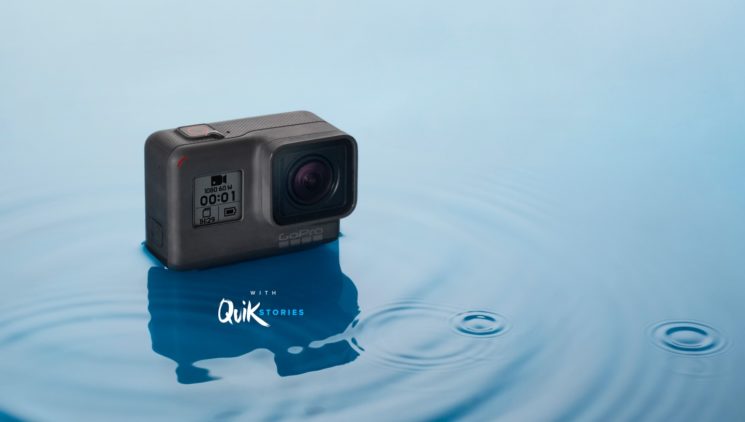 While camera companies are racing who will use more advanced and modern tech, GoPro has decided to go a different route. They have just launched HERO, a simplified and budget-friendly action camera. For the price of $220, HERO (no number, just HERO) is aimed at capturing your everyday stories and adventures.

GoPro HERO shoots 10MP photos and 1080p60 videos. Nope, there’s no 4K, but there are some other desirable features.  The camera has a 2-inch touchscreen; it’s rugged and waterproof down to 33ft (10m). It features voice control, so you can have your hands free when using the camera. It’s equipped with image stabilization and compatible with all GoPro’s 30+ mounting accessories. The photos and footage you capture on GoPro HERO can be transferred to the GoPro app on your smart device.

At the first glance, I thought it was ridiculous to launch a basic action camera, downgraded from GoPro 5 or 6. But when I gave it a second thought, this camera is probably aimed at people like me: those who just want to capture everyday stuff, holidays and goofing around. If those are your primary expectations from an action camera, you probably don’t want to overpay it, so GoPro HERO could be the optimal solution.

Certainly, launching HERO is also GoPro’s attempt to boost sales, in addition to licensing out its camera tech to third parties. If it will be a successful attempt, I guess we should just wait and see. If you’d like to order a HERO, you can do it on GoPro’s website for the exact price is $219.99. It’s also available on B&H for $199.99.

« DJI announces Zenmuse XT2, a dual-sensor 4K thermal camera for industrial uses
Japanese sushi chain bans photography in all their restaurants, thanks to a single GoPro »