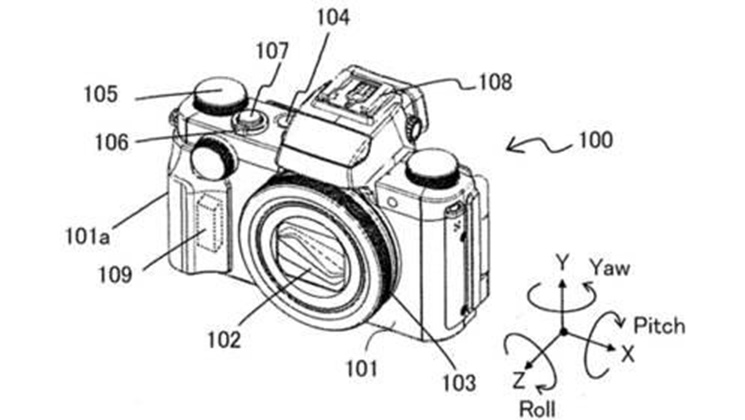 Canon is notorious for not having any kind of in-body image stabilisation (IBIS), preferring to go with stabilisation in the lens, instead. This fact came to head with the release of the EOS R and EOS RP mirrorless cameras which also didn’t feature any kind of IBIS – which the Sony, Nikon, Panasonic and other mirrorless alternatives do.

They say they’re working on it and that it’s coming to a future EOS R model. There’s even been some suggestion that it might be coming on the 1DX Mark III. Now, a new patent shows that they may finally be looking to implement IBIS into their EOS M mirrorless and PowerShot compact cameras, too.

As Canon News reports, the English translation of the patent isn’t exactly clear. Canon has a number of IBIS patents, but this one seems to focus specifically on compensating for vibrations caused by the image stabilisation system itself. Smaller lighter cameras have less inherent resistance to high-frequency vibration.

What is clear, though, are the pitch, roll and yaw axes shown in the diagrams which accompany it. The image above shows illustrates IBIS implemented in a PowerShot compact model with a built-in lens. The one below shows a distinctly more EOS M style body with an interchangeable lens.

With an EOS M5 Mark II announcement expected (hoped for?) at some point soon, the body style certainly seems to match up. That a patent has been unearthed now suggests that if an EOS M5 Mark II is on the way, it might be soon. Of course, as with all patents, it may never come to fruition at all.