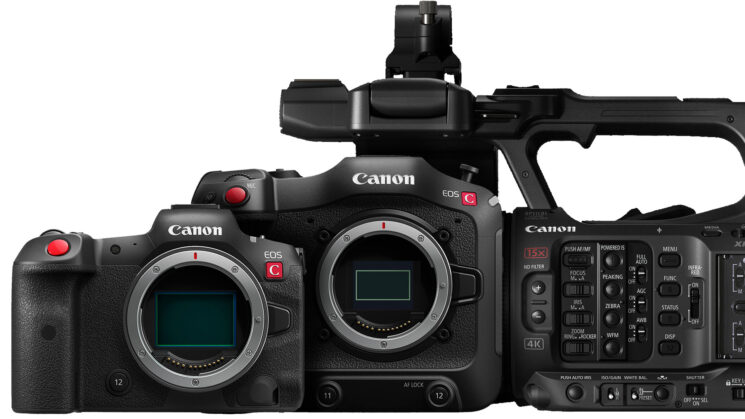 Canon has issued a slightly odd service notice. Well, it’s not that odd for Canon XF605 owners, as it relates to a problem specifically targeting that camera. What’s a little odd is that they’ve also included the Canon EOS C70 and Canon EOS R5c in the service notice, too. Canon says they’ve confirmed the “possibility” of them being prone to the same issue although there are no actual reports of it happening in the real world (yet).

Still, if you’re shooting an FX605, an EOS C70 or an EOS R5c, there are certain situations in which various settings and actions performed on your camera may cause it to lock up and become inoperable. There’s no word on whether or not simply powering the camera down and back up again (or pulling the battery) resets the function, but a new firmware is available already for the XF605 and they’re working on updates for the other two.

A Google-translated version of the service notice from Canon Japan reads:

Thank you for using Canon products.

We sincerely apologize for any inconvenience and concern caused to customers using this product. In the future, we will continue to implement thorough quality control so that our customers can use our products with peace of mind. Thank you for your understanding.

Repeatedly starting and stopping normal recording while the constant recording function is set may occasionally cause the camera to become inoperable. In addition, it has been confirmed that phenomena such as “FAN error” display and media access lamp blinking may occur at the same time as the operation becomes impossible.

* This phenomenon does not occur if the constant recording function is not set.

The constant recording function is a function that can be set only when MP4 is selected as the main recording setting, and constantly records images on one SD card without interlocking the REC switch. Products

Professional video camera “XF605”: Products whose serial number has a “2” or earlier in the seventh digit from the left

* The digital cinema cameras “EOS C70” and “EOS R5 C” that may cause this phenomenon are as follows.

We apologize for the inconvenience, but please download the latest XF605 firmware and update it.

In addition, we are preparing to release firmware that corrects the above phenomenon for the two models of digital cinema cameras.

There’s no word on exactly when we’ll see firmware updates for the Canon EOS C70 and Canon EOS R5c, although given that they say they’ve never received a report of it actually happening with those cameras, I suppose there isn’t much of a rush. That being said, if you own either of these cameras, I probably wouldn’t tempt fate by testing if your camera is susceptible to this issue. Well, unless you don’t care if it’s potentially out of action for a while.