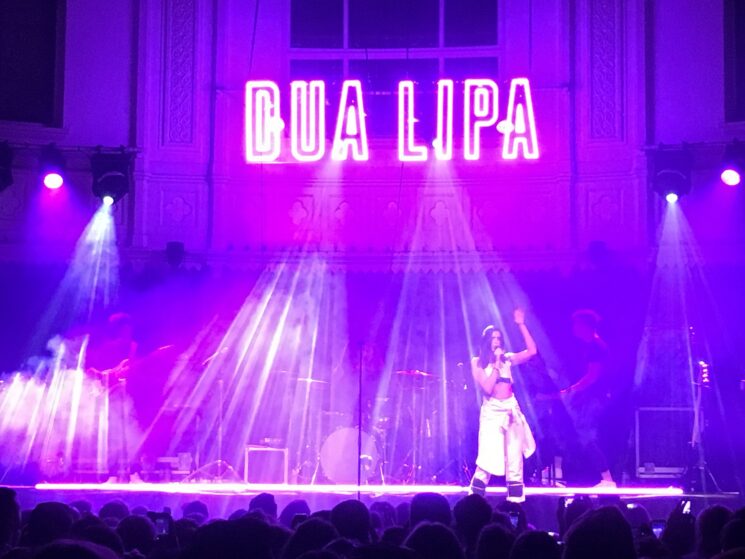 English pop star Dua Lipa was recently sued for sharing a photo of herself on Instagram. Like many other celebrities before her, she shared a paparazzi photo without permission or at least credits. In return, the photographer’s agency sued her, seeking $150,000 in damages.

According to the BBC, Lipa posted the photo to her Instagram account on 7 February 2019. The photo reportedly shows her standing in line at the airport while wearing an oversized hat. “I’ll be living under big fluffy hats until further notice,” the caption of the now-deleted post read. Well, looks like her big hat couldn’t hide her from a lawsuit that ensued.

Attorney Craig Sander filed the lawsuit on behalf of Integral Images, the owner of the photo. Sander claims that Lipa used the photo “without permission or authorization.” He says that the singer profited from the photo, considering that her Instagram account is monetized.

Integral Images is seeking either $150,000 USD in damages or “an award of actual damages and disgorgement of all of Defendant’s profits attributable to the infringements,” whichever is larger. In addition, the lawsuit urges Lipa from “further acts of infringement, as well as litigation costs and attorney’s fees.”

As you may remember, several other celebrities have done exactly the same thing over the past few years. All of them got sued for it, too: Jennifer Lopez, Emily Ratajkowski, Khloe Kardashian, Ariana Grande, to name just a few. I can’t say I like paparazzi and what they do, but copyright is copyright. You can’t just share a photo just because you’re in it and I wonder what makes celebrities repeatedly make the same mistake. Perhaps they think they have contributed to the photo just because they are so “important,” or because of their smiles and clothes, like Gigi Hadid. Either way, this kind of thinking can only lead to one thing – a lawsuit that a photographer is certain to win.

« What exactly is fine art landscape photography and how do we make it?
Yongnuo’s new Android-powered YN455 MFT camera sports a 5″ flip-up touchscreen LCD »