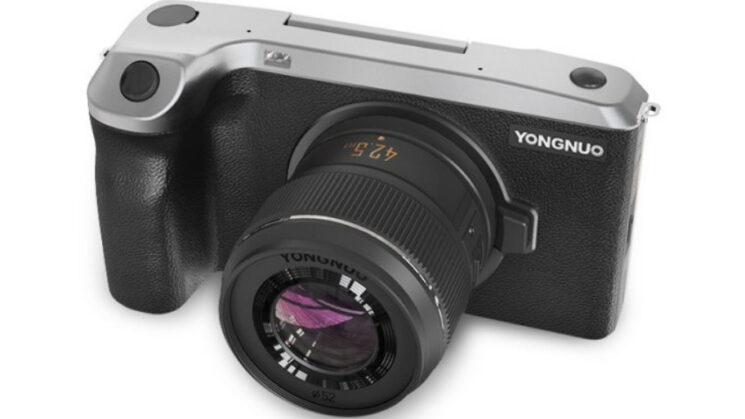 Yongnuo’s still on their Android-powered camera kick, and this time they seem to have brought some neat improvements, at least on the surface, over their previous attempts. Yongnuo joined the Micro Four Thirds group back in February of last year, so it’s no surprise they’re pursuing the mount. No word yet on whether or not this will extend beyond China this time, though.

According to a report on Photo Rumors, the Yongnuo YN455 comes with a 20-megapixel sensor that shoots 4K30p video, an 8 core 2.2Ghz CPU with 6GB RAM and 64GB of internal storage, although this is expandable by a further 256GB using a microSD card. On the rear, it sports an 8-megapixel selfie camera and a huge 5″ tilting touchscreen LCD. 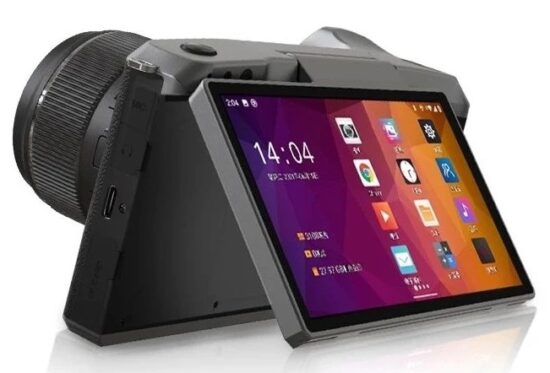 The rear tilting LCD is quite interesting. While it doesn’t seem to be explicitly stated, the image above suggests that it might flip all the way up to be viewable from the front, which would make it great for vloggers, especially given that it has a 3.5mm microphone socket (although apparently no hot or cold shoe to physically attach a microphone to the camera).

But equally as interesting is the handgrip design shown in the image at the top of the page. It suggests that it’s not really designed for shooting or filming yourself, but rather as an actual camera, pointed towards other subjects you want to capture. It is quite a chunky design, of course it kind of has to be to accommodate that bit LCD, but here it is size-wise compared to the Panasonic GH5.

Significantly wider, but shorter in height and possibly slimmer. The complete specs so far look a little something like this…

That price body-only price translates to about $600 in the US. Which isn’t too bad, actually, for what it claims to offer. That is, of course, assuming that they’ve fixed the horrendous usability issues of the Yongnuo YN450M. Looking at the images of the new YN455, it does appear to be a slightly updated UI. So, perhaps they have solved at least some of those problems. 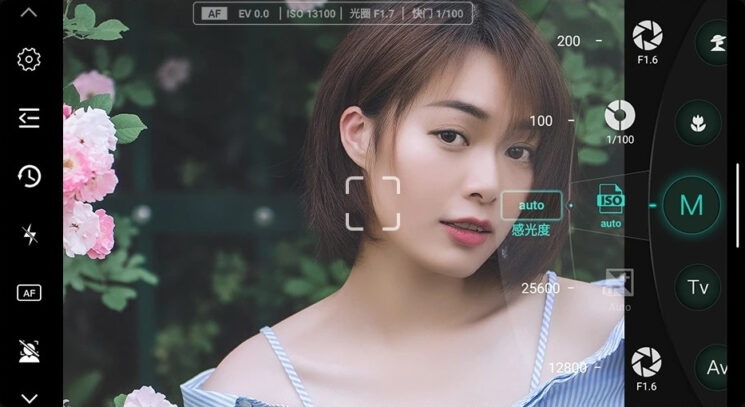 One thing that did stand out to me on the specs list, though, is that it claims a “new” 20-megapixel sensor. Both of YN’s previous cameras were 16-megapixel. So, does that mean it’s just a sensor that’s “new” to Yongnuo? As in, one they haven’t used before? And maybe it’s actually the same sensor as the Panasonic G95? Or do they mean that it is actually a newly developed sensor? 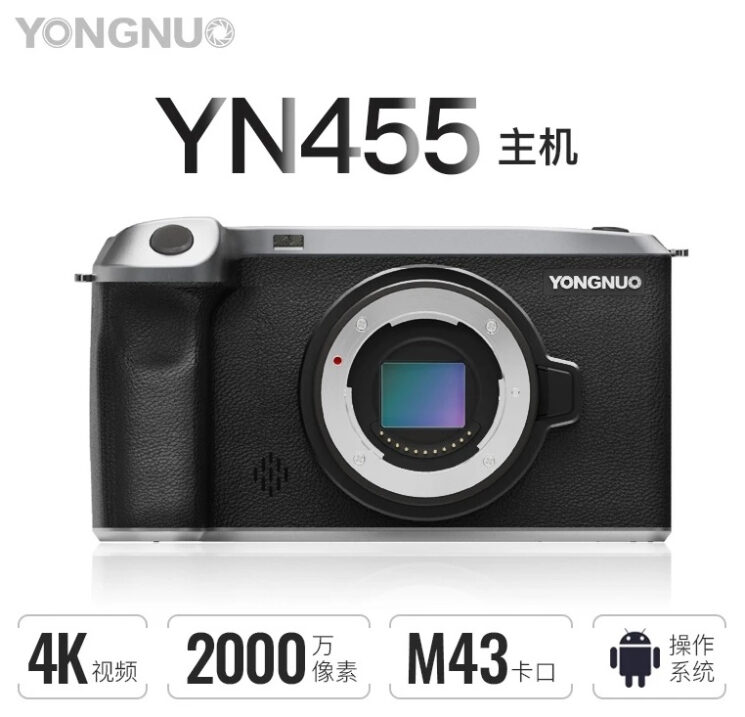 I suspect the former, and it’s a sensor that’s been around for a while in a bunch of other MFT bodies, but I’m sure we’ll find out eventually. Either way, seeing how well it performs, given the original EF-mount-but-MFT-sensor YN450 abomination, and its disappointing MFT-mount YN450M follow-up, will certainly be interesting.

Hopefully, this one will become available outside of China and we can find out for ourselves.