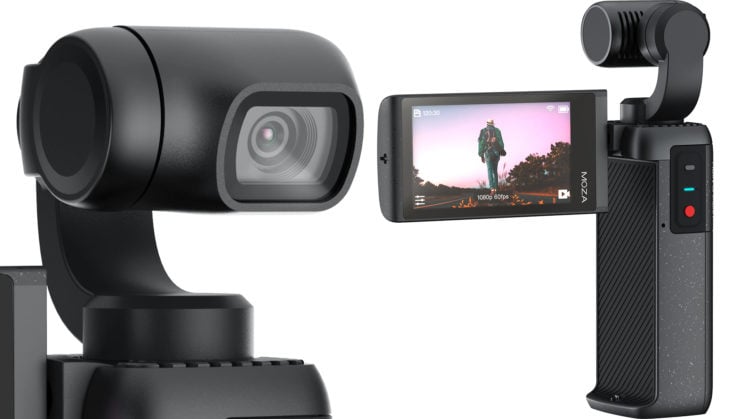 Gudsen has launched its first camera. It’s the tiny gimbal stabilised Moza Moin Camera with a big 2.45″ flippy out touchscreen LCD. The lens offers a nice wide 120° field of view with a 1/2.3″ sensor. It shoots 12-megapixel photos, shoots 4K video at 60 frames per second,  or offers 1080p slow motion at 200 frames per second.

Designed to shoot both what you see as well as for vloggers, the Moin Camera’s view can face either forward in the direction you’re looking or back towards yourself when you want to speak to the camera and keeps it steady whichever way it’s pointed and it can also track your face to ensure you’re always the centre of attention.

Naturally, comparisons are going to be drawn against the DJI Pocket 2, after which there have been a number of clone attempts made, but where the Moin Camera makes a big distinction from those is that big flippy out touchscreen LCD. It also offers 145 minutes of battery life, with just a 90 minute charge time. 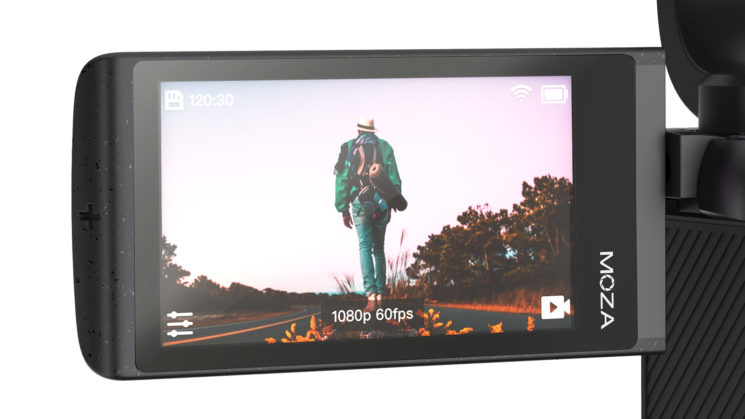 The Moin Camera uses a 3-axis motorised gimbal to keep itself steady using Gudsen’s “Deep Red” anti-shake motor control algorithm, even when filming on the move and houses a pair of microphones to help capture sound where it’s needed and to help reduce noise. It also features a long exposure mode for shooting at night for up to 60 seconds.

Media files can be pulled off a microSD card straight into your computer, and the Moin Camera supports cards up to 256GB, or they can be transferred over WiFi to your smartphone for editing directly on that. It features an Intelligent Silent Transfer mode that allows it to do this automatically whenever a new clip is shot, but it maintains a constant Bluetooth and WiFi connection to your phone, so you may want to turn this off if you’re worried about battery life.

Looks very handy for vlogging and filming your travels (when we’re allowed to travel again) but with a much bigger view of the world!

The Gudsen Moza Moin Camera is available to buy now for $299 from the Gudsen online store and is shipping now.

« Biden and Harris photographed with Sony A9 II; the first presidential portraits shot on a mirrorless camera
Five marketing tactics every photographer needs to know »