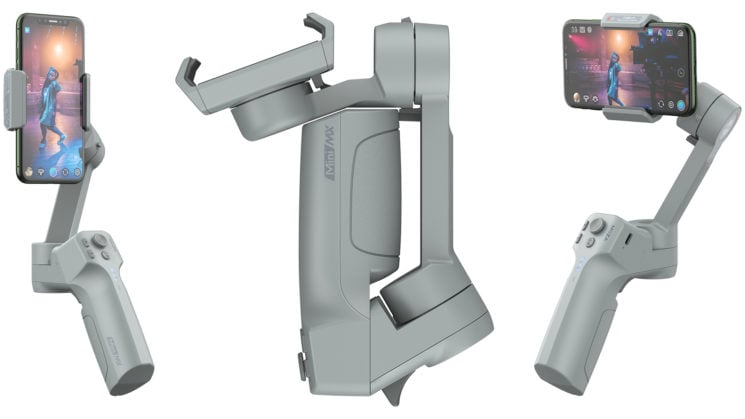 Gudsen has announced the new Moza Mini-MX gimbal. Designed for smartphones, it’ll let you shoot horizontally for something a little more cinematic but also vertically for your Instagram Stories, TikTok and other social media platforms. It’s also a folding gimbal that actually folds small enough that you can slip it into your pocket.

It features what Gudsen calls their “Deep Red” anti-shake algorithm to help handle extreme movements while walking and running. It features subject tracking (including autofocus) and a number of different shooting modes. But probably its most useful feature is that it actually works as a standard Bluetooth trigger to start/stop recording, which means you don’t need to use a dedicated app!

The Moza Mini-MX has a maximum payload of 280g, which means it should be able to handle all but the very heaviest of phones. I’ve had a Moza Mini-MX to play with for a couple of weeks and I’ve done some brief tests with it using the OnePlus 7 Pro (with its case), which weighs a total of 225g and it handles it just fine as long – as I balance it well, which is pretty easy to do.

But despite having a decent load capacity, it folds up extremely small. The unit itself is plastic, but it doesn’t feel cheap. It’s textured so it doesn’t feel like it’s going to slip out of you hand at any moment and weighs a little over 400g without the phone attached. It feels firm and solid and it has a bit of weight to it to balance out the phone sitting on top. Expanded it measures around 12 x 12 x 26.5 cm and folded it’s 14.5 x 5 x 18cm. It’s pretty easy to slip it into a small pouch on the side of a backpack or even slip it into your pocket – although the head might be sticking out the top. 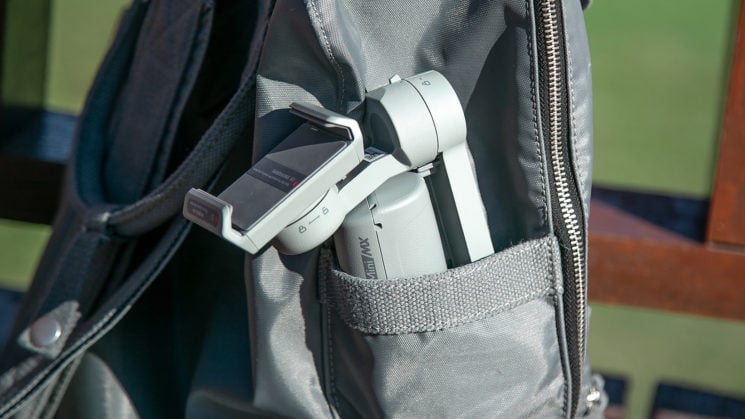 The internal 2000mAh battery takes about two and a half hours to fully charge over a Type-C USB cable, and Gudsen says that it should last for around 20 hours in total with a well-balanced smartphone. If your phone isn’t balanced well, then obviously the motors are going to have to work much harder to keep it level and your battery won’t last as long.

One of the biggest features of the Mini MX, is that it can actually work with your native camera app for both iOS and Android. While there is the dedicated Moza Genie app, the Mini MX can essentially act as a Bluetooth trigger to start/stop recording from a button on the handle. This means that not only does it work with your native camera app, but any app that can be started and stopped via a Bluetooth trigger – like Filmic Pro (yay!). 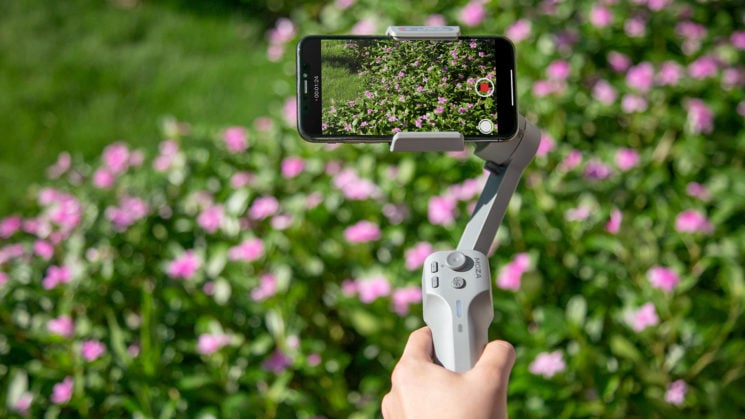 You also get a bunch of the usual shooting modes, including vortex mode and if you decide to use the Moza Genie App (iOS & Android) instead of your usual video app, you get object tracking as well as focus tracking. And if you’re filming yourself, it also supports gesture control, letting you start and stop the recording without having to actually hold the gimbal. 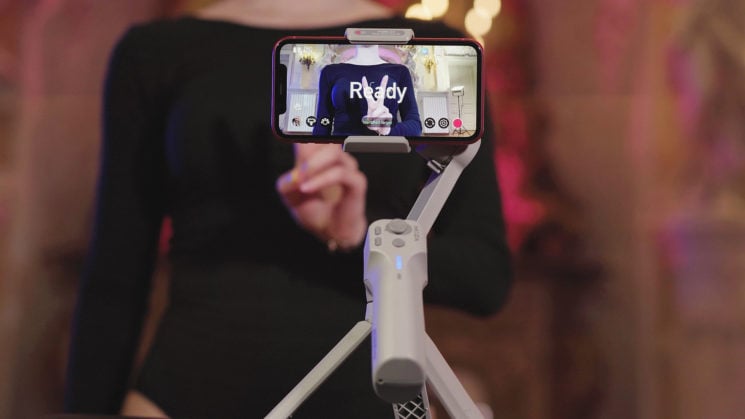 If you don’t want to wait until you get home to work on your footage, the Moza Genie App also offers in-app linear editing with the option to cut, splice, add filters, effects and transitions or even add music and subtitles. The app will also allow you to stream directly to Facebook and other platforms.

I still remember buying my first smartphone gimbal in 2016 for the princely sum of around $250. They’ve come a long way since then, gaining more power, Bluetooth connectivity and app functionality. I think it might be time to finally retire my old one and switch for those rare occasions I still use my phone on a gimbal. That it fits in my pocket means I might actually even remember to take it out with me more often.

The Moza Mini-MX is available to pre-order now for $89 and is expected to start shipping very soon. You can find out more about it on the Gudsen website.