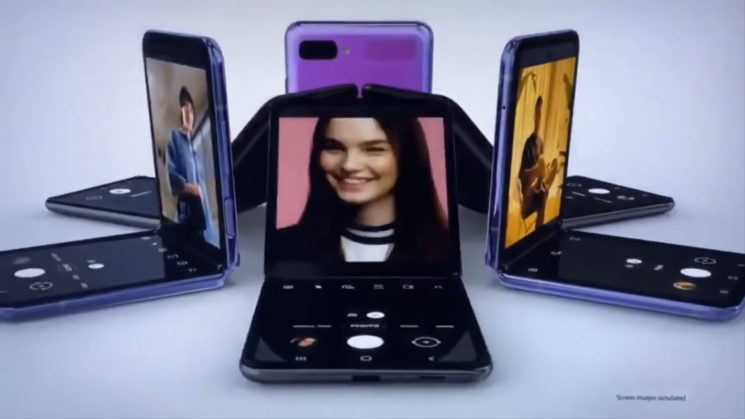 Expected to be officially announced at some point today, Samsung used the Oscars to show off a sneak peek of its upcoming Galaxy Z Flip folding smartphone. After a pretty disastrous first attempt at producing a folding smartphone, Samsung is back to give it another go. This time, though, we appear to be going back to the early 2000s with more of a “flip phone” design.

Samsung just showed off its new Fold during an Oscars commercial. That’s one way to announce something. pic.twitter.com/rtSJ3jvkif

The device is expected to be formally announced during today’s “Galaxy Unpacked” (surely they missed a trick by not calling it “Galaxy Unfolded”?) event today, but the teaser seems to heavily focus on the phone’s facetime abilities and being able to sit flat on a desk while simultaneously propping up the top half of the screen so you can see who you’re talking to without having to hold the phone. 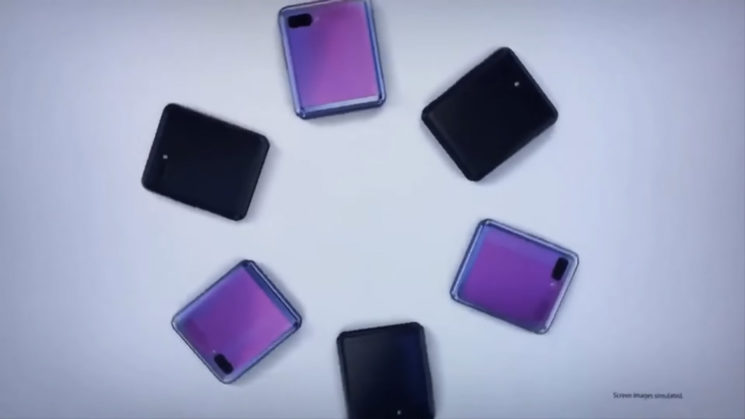 When it comes to colour options, the only two shown off in the video were black and purple, and while there’s nothing official on the specs, this is what the latest rumours look like…

There’s no mention of which cameras will be used in the device, but from the video, it looks like there are two of them on the rear and one on the front. The front-facing camera doesn’t appear to be hidden, either, showing simply as a black dot at the top end of the phone.

With phone screens getting so big these days, going back to the times of folding “flip phones” doesn’t seem like a terrible idea – although the teaser does come with the disclaimer that “you may notice a crease at the centre of the main screen, which is a natural characteristic of the screen”.

As to how that might hinder performance and usability (especially while, say, watching a movie or YouTube video), or whether it’ll ultimately be worth the anticipated $1,400 price tag remains to be seen.

Hopefully, Samsung has learned from the lessons of the Galaxy Fold.

« Your Stacking Rocks photos look cool, but they are killing animals
Here are some tips for working with difficult people on set »