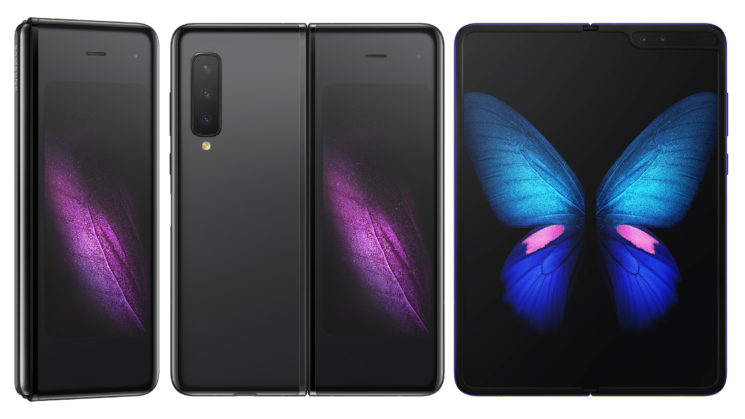 Flexible screens have been quite the hot topic over the last couple of years. People want ultra-thin displays that they can just fold away. And it’s not just phones that have driven this desire, either. Both the concept and proof-of-concept for flexible displays have been around for a number of years now. But it’s never really made it into a mainstream product. Until now…

There’s not all that much known about the phone yet, but what we can tell you about are its cameras and lenses.

Samsung says that the phone can withstand 200,000 folds which works out to around 5 years of usage if you’re folding it 100 times a day. Maybe 6 months for the hardcore Instagram and Facebook addicts.

Other than “7nm 64-bit octa-core processor”, there’s no mention of exactly what processor is inside this thing, but there is 12GB RAM with 512GB UFS 3.0 storage. So, it looks like the new 1TB Samsung chips won’t be making it into this generation.

To help keep things fairly slim, the battery is split across both halves of the phone, for a combined capacity of 4,380 mAh. But with two displays, one of them being extremely large, it remains to be seen just how long that battery will last in real-world use. Especially if you start doing more demanding things like editing photos and video clips – which becomes much more viable on a phone with such a large screen.