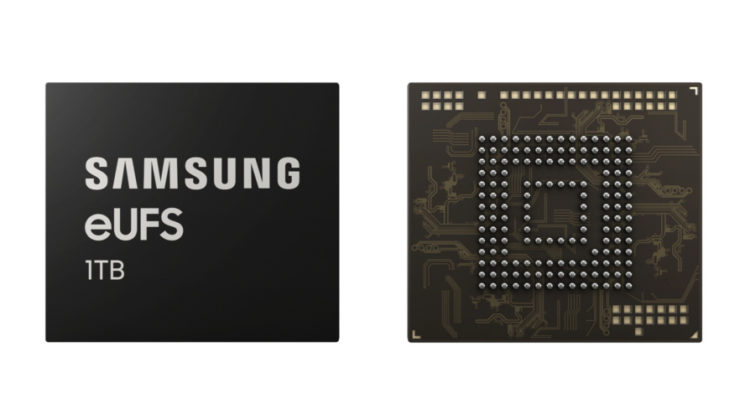 As phones increase in capability, so do their storage requirements. And as one of the world’s largest producers of smartphones and smartphone technology, Samsung has been working on bumping that up. Now they’ve announced that production has begun on the industry’s first 1 terabyte embedded Universal Flash Storage (eUFS) 2.1 chip.

With microSD cards now hitting the 512GB mark, it’s no surprise that internal mobile storage needed to catch up quickly. Now it not only beats the capacity of the largest microSD cards, but Samsung says that it’s also capable of transfer speeds up to 1000MB/sec, significantly faster than any microSD card available today as well as many SSDs.

The new 1TB eUFS fits in the same sized package as the previous 512GB version found in the Samsung Galaxy Note 9 and comes only four years after Samsung introduced their first UFS solution, with the 128GB eUFS. 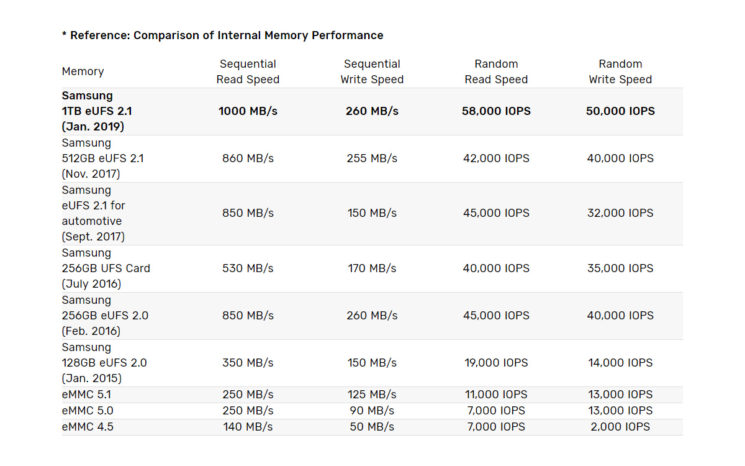 Executive vice president of Memory Sales and Marketing at Samsung says that “the 1TB eUFS is expected to play a critical role in bringing a more notebook-like user experience to the next generation of mobile devices”. He goes on to say that “Samsung is committed to assuring the most reliable supply chain and adequate production quantities to support the timely launches of upcoming flagship smartphones”.

The card clocks in at up to 58,000 IOPS, which is an incredible number of read & write operations per second. Transfer speeds are up to 1000MB/sec and 260MB/sec for read and write respectively. These sorts of transfer speeds combined with this kind of random access speed, Samsung says will “allow for high-speed continuous shooting at 960 frames per second and will enable smartphone users to take full advantage of the multi-camera capabilities in today and tomorrow’s flagship models”.

So, it’s entirely possible that we’ll see the next generation of Samsung phones coming with 1TB of built-in storage. Like the soon-expected Samsung Galaxy S10. It’s likely that we’ll see Samsung licensing this to other phone manufacturers, too, as they say that they are ramping up production in the first half of 2019 to “address the anticipated strong demand” from mobile device manufacturers around the world.

It feels like only yesterday that I bought an 8GB microSD card for my old Samsung Omnia Windows phone and it felt like a huge storage upgrade at the time.