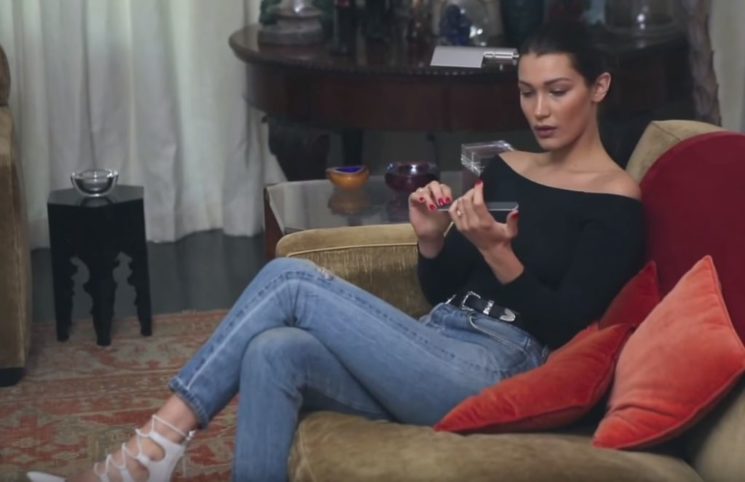 It happens every once in a while that a celebrity gets sued for posting photos of themselves to Instagram without permission. And this time, it was supermodel Bella Hadid. The model reportedly shared a photo of herself to Instagram without the photographer’s permission, and he’s slapping her with a lawsuit in return.

According to Page Six, the photo in question shows Hadid wearing a black-and-white-checked Tommy Hilfiger hat. She shared the photo with her 29 million Instagram followers, which led to a copyright infringement lawsuit. The photographer Timur Mishiev is reportedly suing Hadid over this image, claiming that she had no right to post it. However, the sum he is seeking isn’t known at this moment.

Bella’s sister Gigi Hadid was sued over the same mistake. Her legal team went so far to claim that she “contributed” to the photos she posted with her outfit and smile. However, we’ve seen so many times that this is just not how things work. Jennifer Lopez, Rod Stewart, Emily Ratajkowski – these are only some celebrities sued over the same mistake. Kim Kardashian faced the same lawsuit as recently as two months ago.

With so many similar cases, I wonder why celebrities still keep posting photos without buying a license or asking for permission from photographers. One would think it’s easier to learn from others’ mistakes, but maybe that’s just me.