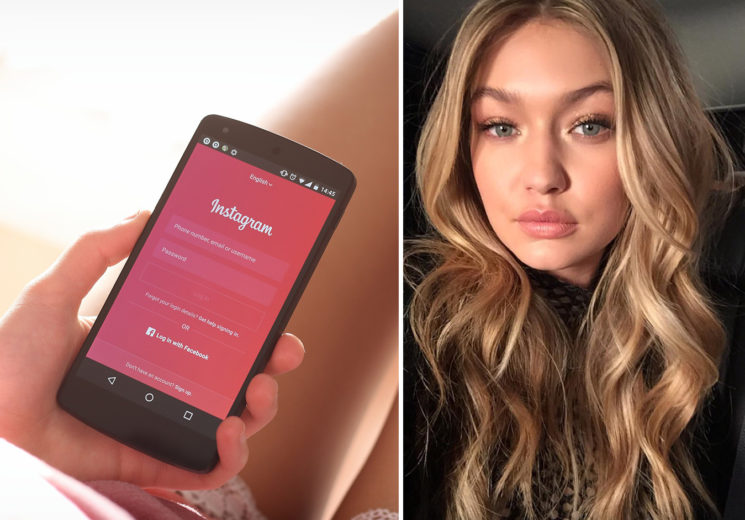 It was more than once that Gigi Hadid was sued for using a photo of herself without permission or crediting the photographer. The famous model’s legal team claims that she’s totally entitled to it. They say that her using a paparazzi photo of herself constitutes fair use because she contributed to the photo with her smile and outfit.

In January this year, an agency Xclusive-Lee filed a copyright infringement lawsuit against Hadid for posting one of its images to her Instagram. Just like she did with Peter Cepeda’s image, she posted the photo without photographer’s or his agency’s permission, and without credits. However, it seems that Hadid’s lawyers are trying to rewrite copyright law in an attempt to dismiss the lawsuit.

The model’s legal team issued a memorandum which claims that Hadid wasn’t guilty of copyright infringement. They claim that she  “posed for the camera and thus herself contributed many of the elements that the copyright law seeks to protect.” According to the memorandum, she was the one who creative directed the photo, not the photographer. She cropped the image before posting, and her legal team claims that it’s her “contribution” to the photo. Apparently, by cropping someone else’s photo, she is “focusing her followers on her pose and smile, not the photographer’s composition.”

According to The Verge, the problematic photo has been removed from Hadid’s Instagram. But it’s described as a paparazzi photo of her in the streets of New York City, standing and smiling in a denim outfit.

As we all know, photographers typically have full copyright the moment they press the shutter. When you photograph someone in public, you don’t even need a model release. Of course, there are cases of “fair use” when someone can use your image without prior permission. One of them is using photo non-commercially. Hadid’s legal team is apparently trying to play on this card, claiming that she “merely reposted the photograph to her Instagram page and made no effort to commercially exploit it.” They add that it “reflected a personal purpose different than the photographer’s purpose in taking the photograph, which was to commercially exploit Ms. Hadid’s popularity.”

Even if Hadid’s legal team is claiming “fair use,” I believe that she was still supposed to credit the photographer. Also, this isn’t the first case that celebrities get sued for using photos without permission. As I mentioned, it’s not even the first time for Hadid. However, this is the first time I hear an argument that the celebrity “creative directed” a paparazzi photo. Or that they contributed to it by cropping it so a smile and an outfit are in focus. I honestly think both arguments are ridiculous, and I hope that the court will think the same. Because if it doesn’t, this could have serious implications for photographers, whether they’re paparazzi or not.

[via The Verge; cover image credits (right): The Door]

« The CDA-Tek PBC is a tiny Bluetooth controller for the Blackmagic Pocket 4K and URSA Mini Pro
Film photographers, beware of this fake Fujifilm which can mess up your developer solution »