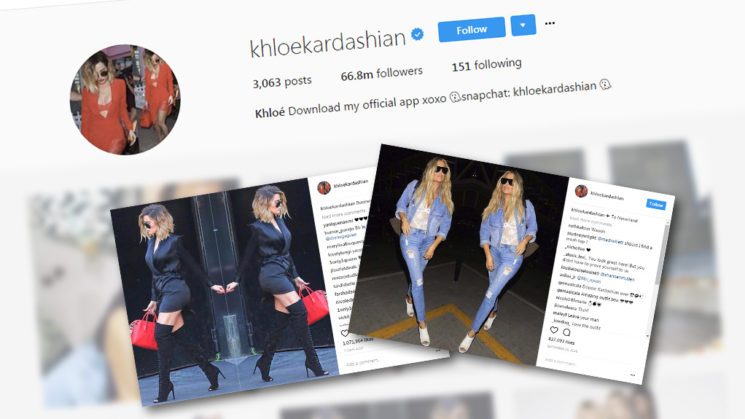 I don’t normally care what the Kardashians do. This current suit being brought against Khloe Kardashian, however, highlights something rather important. It’s something often misunderstood by clients, celebrities, and the general public alike. Just because you appear in a photograph does not mean that you have the legal right to use it.

According to The Hollywood Reporter, “KoKo” apparently hasn’t heard this rather important fact before. It’s not uncommon knowledge that celebrities have a love-hate relationship with the paparazzi. But regardless of what you might think some of their ethical standards, their rights still stand. Including Copyright. Kardashian is being sued by UK based photo agency, Xposure Photos.

The HR reports that the image shows Khloe with her sister at a Miami restaurant. It was shot by Manuel Munoz, and then licensed to The Daily Mail. The complaint then goes on to say that Kardashian or a member of her team copied the photograph, altered it to remove the copyright management information, and reposted it to Instagram.

Xposure Photos claim that the company would’ve profited from the images had Khloe not shared them to her Instagram account. In a statement, Xposure Photos said…

Kardashian’s Instagram post made the photograph immediately available to her nearly 67 million followers and others, consumers of entertainment news — and especially news and images of Kardashian herself, as evidenced by their status as followers of Kardashian —who would otherwise be interested in viewing licensed versions of the photograph in the magazines and newspapers that are plaintiff’s customers

As a result, Xposure Photos are demanding an injunction, profits arising from the act of alleged infringement and statutory damages up to $25,000. Other sources are quoting this number to be as high as $150,000.

I’m not going to pick sides based on personality or ethics with this one. I can’t stand the Kardashians or the paparazzi. But from a legal standpoint, regardless of what you may think of paparazzi photographers, or their agencies, they own the rights to the image. Even if you’re in it. The simple act of being in a photograph does not mean you have any right to use it, edit it, publish it (which includes Instagram, Facebook and other social media).

It’s a problem that many photographers face with private clients, too. I see it pop up every day on social media. Client hires photographer for family shoot, photographer does the shoot, posts an online proof gallery, client downloads the images and posts them to social media. Or worse, gets them printed.

The general public, as a rule, simply aren’t aware that they do not own an image just because they appear in it. There’s all kinds of myths out there about “joint copyright”, or the client thinking they own the copyright completely, just because they paid for a few prints.

If I were a betting man, I’d say that in this particular case, the matter will be blamed an on intern, settled out of court and then dropped.