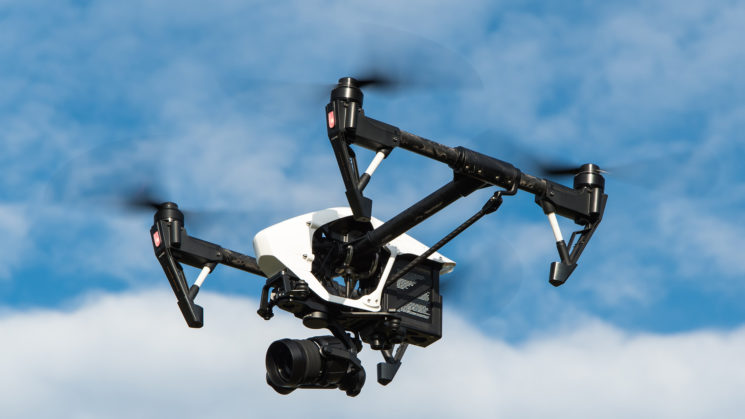 According to the BBC, the US government has issued an alert warning that Chinese-made drones may pose potential cyberespionage risks to American businesses. They say that the warning does not specifically name DJI, however, in September last year, Skylogic Research’s 2018 Drone Market Sector Report lists DJI as having an estimated 74% market share.

This isn’t the first time the US government has aired concerns over DJI products. The US Army dropped DJI drone use citing “cyber vulnerabilities” in September 2017. And they were accused of spying for the Chinese government just a couple of months later.

But DJI says it has taken steps to keep its clients’ data secure. They now allow drone pilots to fly without transferring any data over the Internet, and to opt out of the AeroScope system which allows them to have their activities tracked.

We give customers full and complete control over how their data is collected, stored, and transmitted.

For government and critical infrastructure customers that require additional assurances, we provide drones that do not transfer data to DJI or via the internet, and our customers can enable all the precautions DHS [Department of Homeland Security] recommends.

Of course, DJI isn’t the only China-based drone manufacturer. They’re just the biggest. Anywhere. But China is also home to Yuneec, their second-best selling drone brand, who also says that they provide users with complete control over their data.

All our UAV [unmanned aerial vehicles] do not share telemetry or visual data with internal or external parties.

Regardless of who you are – public authority, company or private individual – the drone data of your Yuneec drone always remains yours.

After the actions taken against Huawei recently, talk of cyberespionage and spying could simply be a precursor to seeing DJI go on the list next. Of course, the words stable door, horse and bolted come to mind. Given the number of DJI drones already flying around in the USA, even if it were true, isn’t it a little late?

And given the number of drones being used by the federal government, as well as all fifty states in an official capacity, is there even really another drone manufacturer out there who would be able to replace them all?