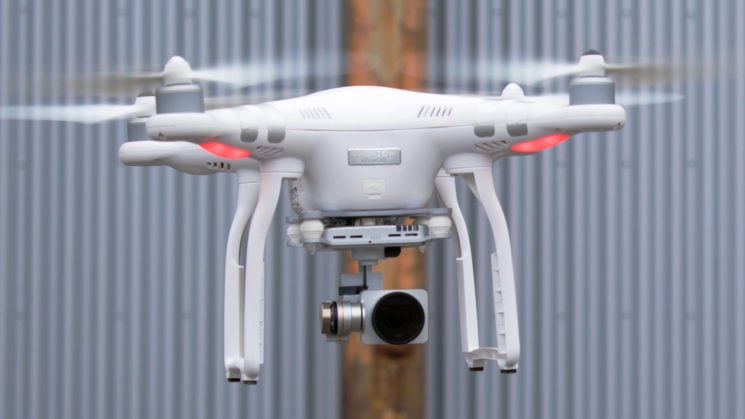 Tracking drones is a bit of a hot topic. With all of the legislation constantly changing and evolving around the world, authorities want to know who’s flying offending drones. Put simply, there’s really no accountability. Unless they can find the person holding the transmitter, or law-breaking footage is posted to YouTube or Facebook and reported, there’s no way to find out who’s breaking the rules.

Now, though, that’s about to change. The concept of tracking drones has been a difficult challenge to overcome. But DJI have come up with a solution. AeroScope. They figured, “Hey, we’re pumping out all this drone data to the operator, why not take advantage of the existing system?”. Which is exactly what AeroScope does, to provide information on nearby drones.

Possible solutions to the issue of drone tracking in the past have involved adding extra systems onto the drone. Extra systems that would add more weight, cost to install, and reduce flight time. The AeroScope system doesn’t need any of this, though. It simply utilises features the drone already has, differently. DJI explain the basic principle.

AeroScope uses the existing communications link between a drone and its remote controller to broadcast identification information such as a registration or serial number, as well as basic telemetry, including location, altitude, speed and direction.

Since AeroScope transmits on a DJI drone’s existing communications link, it does not require new on-board equipment or modifications, or require extra steps or costs to be incurred by drone operators. Other drone manufacturers can easily configure their existing and future drones to transmit identification information in the same way.

DJI proposed a white paper on how this would work back in March, They foresaw that, obviously, the biggest issue with such a system was not going to be technical, but one of privacy.

DJI understands that accountability is a key part of responsible drone use, and we have outlined a proposal that balances the privacy of drone operators with the legitimate concerns authorities have about some drone operations

Anyone with the proper receiver could obtain those transmissions from the drone, but only law enforcement officials or aviation regulators would be able to use that registration number to identify the registered owner. This system would be similar to automotive license plates, which allow anyone to identify a nearby vehicle they believe is operating improperly, but which can only be traced to their owner and operator by authorities.

It’s a pretty ingenious system, assuming DJI can actually keep it under control and not keep leaking things through 3rd parties. Even though FAA registration in the USA no longer mandatory for hobbyist drone users, DJI have taken it upon themselves to become the new global drone registrar. You don’t have to register, of course, however DJI will severely cripple your drone if you don’t.

For now, though, DJI do not transmit any personally identifiable information without the owner’s consent. But that may change depending on how regulations shift in the future. As DJI are now keeping a database matching up drones with their owners, they may be ordered to release information after the fact.

Drone identification settings will be included in DJI’s initial drone software to allow customers to choose the content of their own drone’s identification broadcast to match local expectations both before and after identification regulations are implemented in different jurisdictions. To protect customers’ privacy, the AeroScope system will not automatically transmit any personally identifiable information until regulations or policies in the pilot’s jurisdiction require it.

Presently, AeroScope has been installed in two international airports singe April, so the system is already live. They’re using these two airports to test and evaluate performance and reliability.

It is a passive system, so it can’t pinpoint a particular person flying in any random location. Only those drones flying within a certain range of the AeroScope system are detected. And only DJI drones – but it is all current model DJI drones. 3rd party drone manufacturers can tack onto DJI’s system if they choose, but there’s no requirement to.

While DJI mention that anybody with a receiver can obtain the drone transmissions, only those with authorisation can actually (maybe) find out who owns a particular drone. Like with car registration.

Even though this will drive the hardcore privacy advocates crazy, I think this is potentially a good thing. But in the words of wise Uncle Ben; With great power, comes great responsibility. As with car registration systems, the only people who should be concerned, in theory, are those breaking the laws.

Fewer people breaking the law due to the risks of being caught and prosecuted might go someway towards eliminating the “drones are bad!” mentality.

If you want to find out more, check out the announcement on the DJI website, or see here for more on the white paper.