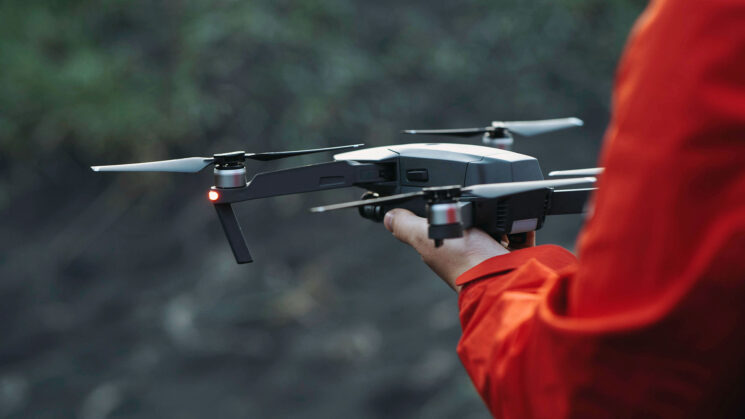 Drones disappear all the time. Sometimes it’s simply that they’ve crashed or software’s malfunctioned and it’s flown off to some unknown location. Other times, it might be a little more nefarious and it’s actually been stolen. Regardless of how you might have lost possession of your drone, it is at the very least a frustrating experience. Trying to find or recover it can be even more frustrating.

But a new service called Stolen Drone Info (SDI) by drone security company DroneSec is here to help. This is a website, which you can use for free, to report that your drone has gone missing or that you’ve randomly found a drone while out and about exploring. If you do choose to step up from the free to a paid account, it will even search online marketplaces, posted flight logs and other sources.

On loading the website, you’re confronted with a list of drones that have been reported as missing or stolen and you have the ability to report if you’ve found a drone, too. If you’ve previously reported your drone as lost or stolen, you’re able to update your record in the event that it is recovered, too. 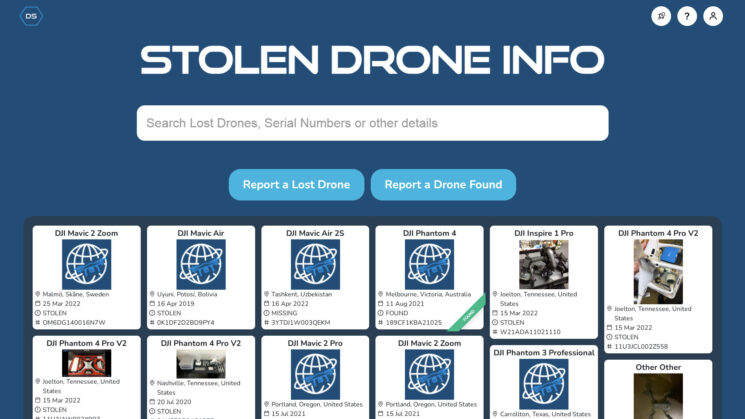 While a website like this offers no guarantees of actually finding your drone, they do host the listing indefinitely until the drone is found. If it’s never found, the listing stays up forever. You might be wondering what the point is in keeping it up forever, but given the number of GoPro cameras that haven’t made their way back to their owners for several years after going missing, it’s not unreasonable to think that a drone that’s flown off course and crashed might go a while without being discovered.

When a drone gets stolen, there is no one to help ­– the manufacturers rarely block or track the device, and aviation authorities just ‘take note.’ In addition to tapping into the masses, we can immediately send the signature of a stolen drone to over 300 sensors around the world – in real time. Not only will we help out the everyday person but dissuade nefarious groups from using a system that is ‘hot’ and being actively searched for.

It’s similar in principle to Stolen Camera Finder, a service that allows you to upload a photo from your camera and it’ll search the web looking for photos shot by it (using the serial number embedded in the EXIF data), except SDI allows you to manually enter specific information about your drone and where in the world it disappeared, along with other identifying details, such as any distinguishing marks or features, registration IDs, etc.

Overall, it’s a handy looking website. And although it can’t ensure it’ll help you get your drone back in the event that yours goes missing, there’s literally no real downside to listing it on here, especially when you can do it completely free.

Photographer helps to find baby in a stolen car

« When your gear gets stolen in San Francisco, this is where it ends up
Lighting setup: Indoor swimwear shoot »