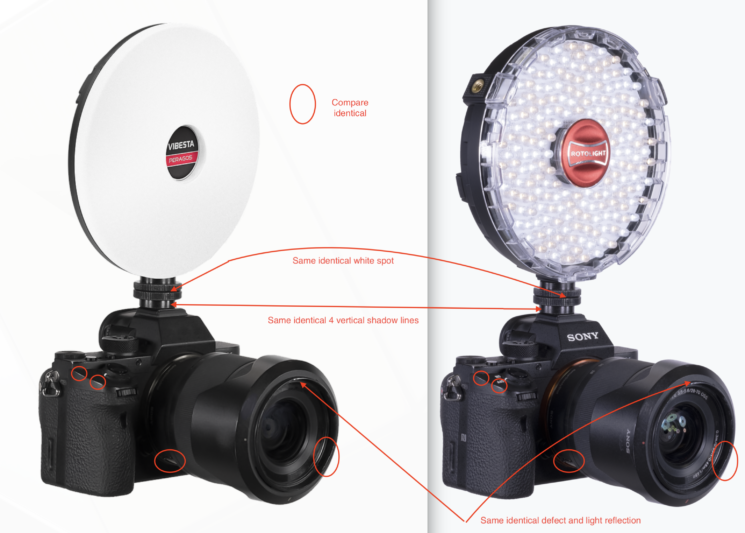 Rotolight has today begun high court proceedings against Vibesta B. V. and F&V Photographic Industry B.V. for alleged infringement of its intellectual property. The dispute has arisen over the release of the Vibesta Peragos Disk light, which looks remarkably like the Rotolight Neo 2 on first glance.

The Vibesta Peragos Disk was launched in the last couple of days, and several websites that had previously announced its launch have now taken those articles down. While there are a few differences in functionality between the two lights, there are some pretty obvious visual similarities, too. And those similarities don’t just extend to the product design. Vibesta appears to have used Rotolight’s own marketing images, too.

Rotolight alleges that Vibesta has infringed upon “numerous internationally granted patents, registered (and unregistered) design rights, trademarks and copyrights around the world including the USA, Europe, UK, Canada, Australia and China”. Essentially, they’ve patented the design of the light. It’s similar to what’s been going on between Profoto and Godox over the V1. Even if the functionality is different, the design, in this case, is Rotolight’s.

Rotolight invests millions of pounds in research and development in order to provide photographers and filmmakers with industry leading lighting innovations.

This is only possible in the knowledge that the intellectual property which protects this investment, will be respected and upheld.

But not only have Vibesta allegedly infringed upon Rotolight’s patents for the visual design of the light, but it seems they’ve also completely copied their product photography, too. And I don’t mean recreated. I mean as in, they’ve lifted it off Rotolight’s website, removed logos, composited their light into it, and then saved it out for their own product marketing.

Regardless of how one might feel about claiming ownership of a design as innocuous as a circle, this bit is straight up copyright theft. And that’s definitely not cool. Obviously, nothing is proven until it’s tested in court, but if you have a pair of eyes and at least half a brain, the similarities between the two images are quite obvious – especially with arrows pointing out particular details in Rotolight’s original image vs the one Vibesta is using, as you can see in the comparison at the top of this post.

Vibesta does not yet appear to have issued a statement in response, although they have removed the offending image and replaced it with this one. 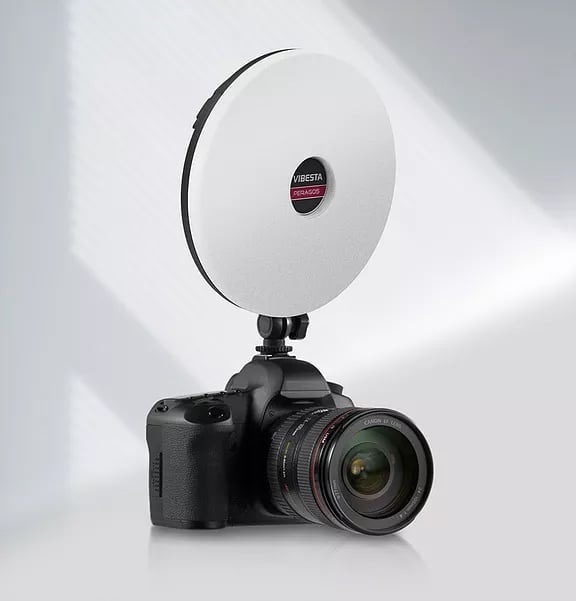 Of course, swapping out the image now doesn’t excuse their prior usage. And then, there are those alleged design patents infringements.