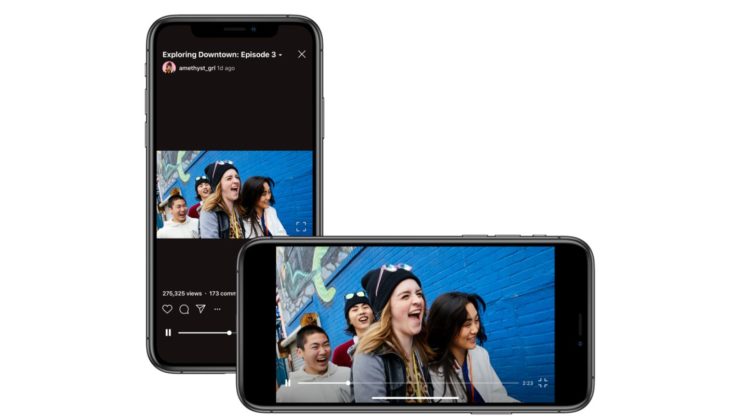 When Instagram IGTV was first announced, people’s reactions over the vertical video platform were divided. And if you’re one of those who hate vertical videos – you’ll be happy to know that IGTV is now supporting landscape video format, too.

IGTV was launched over a year ago, and its creators say that they’ve “learned and grown a lot in this first year.” They have heard from creators and audience, and as I can imagine, there were different opinions in the “horizontal vs. vertical video” debate. So, apparently, the IGTV creators have learned that many people hate vertical videos, so they’ve decided to try and win them over.

But, for now, IGTV is the only platform that has something for everyone: for those who love the modern vertical videos, and those who prefer the more traditional, landscape format. All it needs to do now is support diagonal videos, and then it will really have everything covered. : )

How to create and upload video for Instagram’s new IGTV