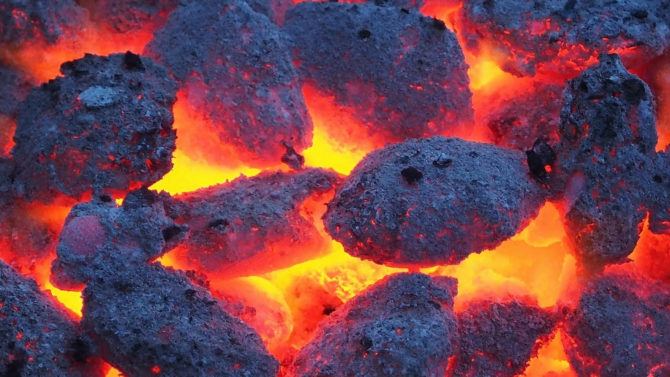 Here’s another one to add to the list of dangerous selfies.  Walking across hot coals and stopping to take a selfie; if it wasn’t obvious enough already.

Approximately 40 people have been treated for burn injuries for allegedly doing exactly that during a Tony Robbins “Unleash the Power Within” seminar at the Kay Bailey Hutchinson Convention Center in Dallas recently.

If the embedded video above doesn’t work, you can see it over on the WFAA News 8.

Trainers told News 8 that walking across hot coals is supposed to be a very emotional experience for many people, and doing something they didn’t think was possible.

Well, apparently they also didn’t think it was possible that hot coals might give them burns to their feet if they stopped in the middle of walking across them to shoot a selfie.

From my observation, there was someone in front of us and someone behind us on their cell phone, taking selfies and taking pictures.

Normally the whole “walking across hot coals” thing is pretty safe, and firewalking dates back to at least 1200BC..

You’re walking so quickly and steadily across the coals that the ash between the heat and your feet keeps them protected until you arrive unscathed at the other end, but the moment you stop to admire the view or shoot a selfie, the heat builds up, as does the crowd of people behind you who are also forced stand still and wait while you whip out your phone.

While 40 people does sound like a rather large number, there were around 7,000 participants at the seminar, so it is a relatively small percentage of the whole, but it’s still a pretty big number of people.

I wonder how those who were burned through no fault of their own will respond to being blocked from continuing by the stupidity of those trying to shoot selfies in front of them.