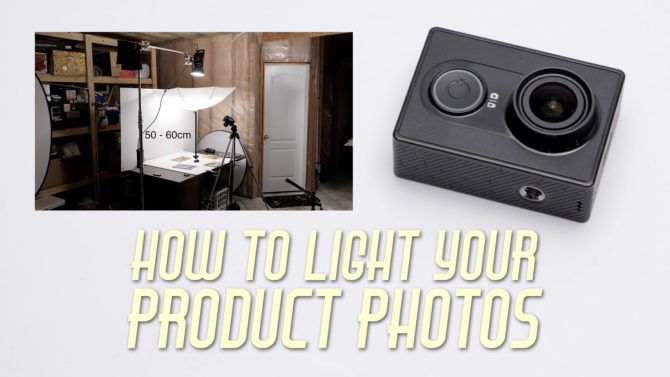 At some point, almost all of us will need to shoot a good product photo.  We may not be shooting them for clients, or doing video reviews, but we’ll probably stick something up on eBay and want to show it off well to increase the chances of it fetching a good price.

In this video from Curtis Judd, we see a quick and easy setup for lighting products on a white stage for some great looking images.

How much or how little this setup costs really depends on you and your needs.

If you’re shooting stills, you could go with an inexpensive Yongnuo speedlight and lightweight stand & boom attachment.  Umbrellas are also available extremely inexpensively, but you could also use a 5-in-1 reflector with the cover off as a shoot through diffuser if you already have one.  At the other end of the pricing scale, you could go full on with a studio strobe, 4ft octabox and heavy duty C-Stand.

For video, again, the price can vary greatly.  Umbrella vs 5-in-1 diffuser is a personal preference (or it’s an “I’ve already got one, so I’ll use it” thing), but if you’re using an LED light, you could also go with an LED softbox.  You could, as shown int he video, even just clip or tape a piece of diffusion material over the front of the light.

As with flash, LED lights can run from very inexpensive through respectfully modest right up to HOW MUCH?!, or you could go with a more studio strobe style design with a Bowens mount, like the new Aputure COB 120t that lets you use continuous light with all your favourite flash modifiers, as used in Curtis’ video. 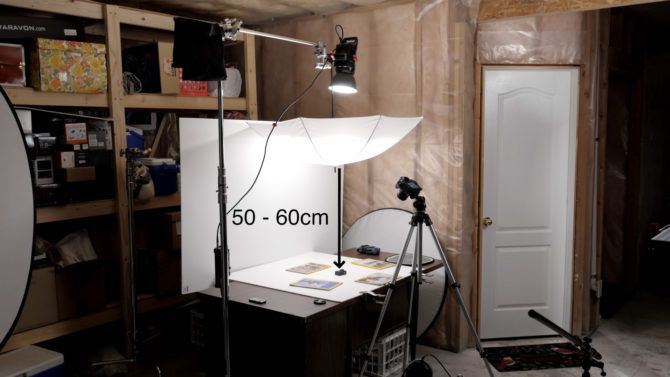 It’s a great simple technique for lighting products in a flattering way, far more so than using one something like a “Light Tent“.  Only having light come from above, and only reflecting from behind gives a more naturally appearing angle of light relative to the position of the camera.

Light tents can be made to work, but they often have the problem of reflecting too much light back at your subject from all angles, giving an unrealistic appearance.  You also can’t easily shift the light source around or block light from different angles to improve the look. 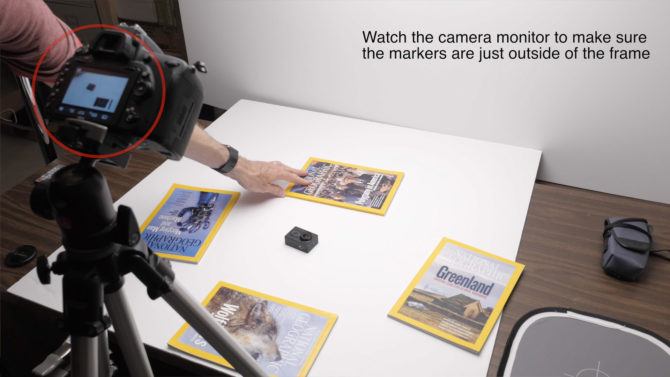 One great tip in this video, which I use often with human subjects on a full size studio set, is to mark the edges of the area that your camera can see. When you’re looking at something with a solid colour behind it, it can be difficult to judge exactly where the boundaries are once you step out from behind the camera.

With people in the studio, I use gaffer tape to mark the shot boundaries, so that people don’t move outside of the frame.  For something small scale like this, you can use pretty much anything with a straight edge.  Although, personally, I still think I’d use gaffer tape. 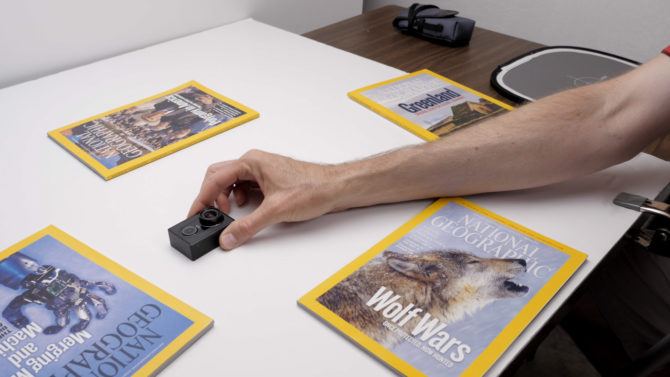 What’s your favourite method for lighting and shooting small products for stills or video?  What other tips and tricks can you offer?  Let us know in the comments.

« Warning: Trying to shoot a selfie while walking across hot coals may damage your feet
Drone plummets from the sky, crashes into woman’s head at 25mph during event in Canada »