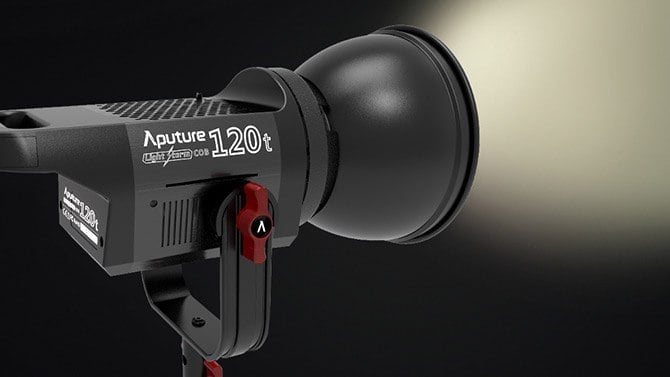 LED lighting has come a very long way in just a few short years, and Aputure wants to take on the sun with their new COB 120t LED light.

The 120t certainly isn’t the first LED powered light to offer the benefit of a Bowens S-Type mount, but it does have a couple of neat features.  The biggest of those, being that you don’t need to have it plugged into the wall.

As more people jump onto using supplemental lighting for their portraits out on location, portable power has become a big thing.

The big concern with any kind of portable equipment intended for use on location is weight.  While some of you may only be stepping out of a vehicle to get the shots you need, it’s not uncommon to have to walk some distance from where you’re able to park to get to a location.  So, the lighter the better.

The COB 120t weighs 1.6kg (about 3.5lbs), only a little heavier than a full size DSLR like the Nikon D5 and significantly lighter than most mains powered LED lighting options.  The Jinbei EF-100 LED, for example, comes in at 2.4kg (5.3lbs) and the Westcott Skylux LED sits at a pretty hefty 3.4kg (7.5lbs). 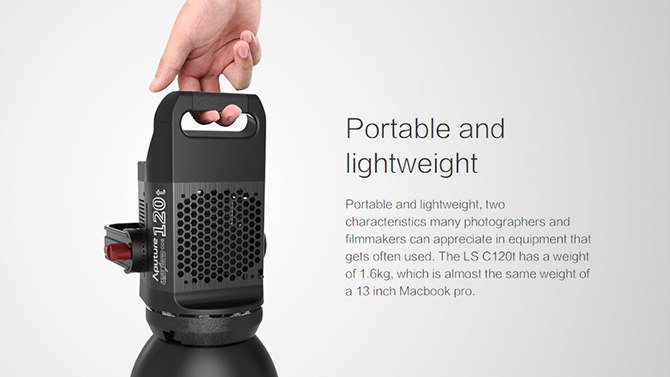 Despite this, if shooting stills, I still think I’d choose to go with something even lighter, like the Godox AD360II, which will offer plenty of power (probably more than any LED light) for around 780g (1.7lbs) including the power pack.  Sure, it doesn’t have Bowens mount, but brackets for that are readily available.

For video, however, this seems to be a great option if you want to use your existing Bowens compatible strobe modifiers on location.

Another cool feature of this light, although many may not thing so, is a V-Mount compatible external pack to power and control your light. 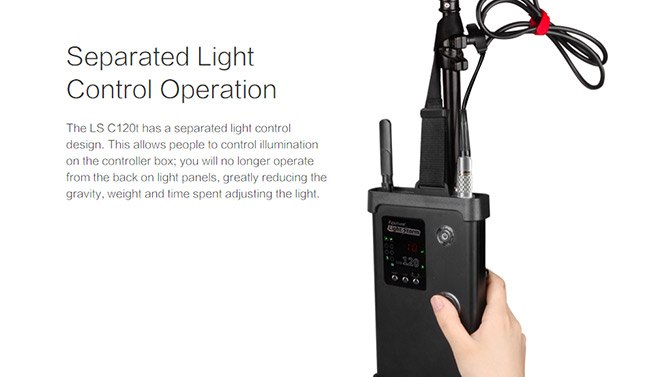 It might seem like a strange option to take the power pack and controls away from the light, but it makes sense from a couple of aspects.

First, it reduces the weight of the flash head.  Yeah, you’ll still have to carry the battery pack in your bags, so it’s not making your overall load any lighter, but the reduced weight at the top of the stand will help to prevent it from becoming top heavy and falling over.  That isn’t an excuse to forget your sand bags, though!

It also reduces the heat build up in the light, so not only will your batteries run more reliably, but the LED itself should enjoy a longer lifespan, too.  Aputure seem to have put a lot of thought into heat build up on this unit, and as well as a big vent on top for warm air to escape, there’s also a fan to help improve the airflow. 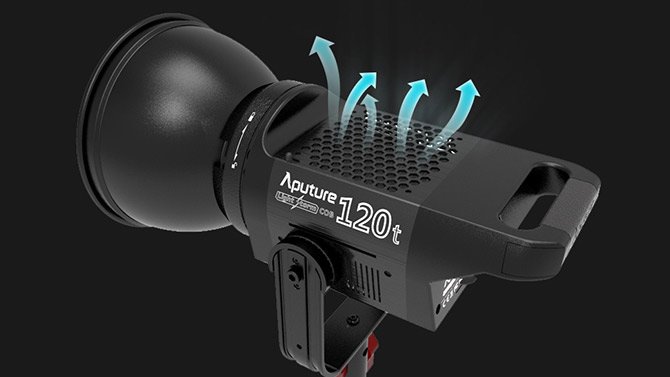 Like the fans found inside your computer on the processor or graphics card, the speed of this fan adjusts depending upon the temperature of the unit.  At full power, the fan produces only 18dB of noise, which is already pretty quiet, but when the light’s running at cooler temperatures, the slower fan reduces this even further.

One final handy feature, especially if you’re shooting alone without assistance, is that it offers 2.4Ghz remote control. 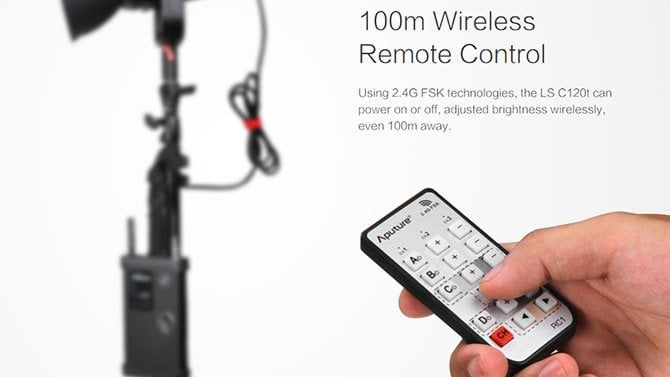 According to the specs, the radio frequency offers three channels.  Whether it’s one light per channel, or you can control a group of lights on a single channel, it doesn’t seem to say, but if you need that many lights, you’ll probably have a couple of assistants you can boss around to adjust them manually anyway.

One odd choice with this light, to me at least, is the 3000K colour temperature.  At the top of Aputure’s page for this product, big letters shout “CHALLENGE THE SUN”.  This, along with the fact that it’s battery powered, suggests location work.  Most locations, especially when you’re trying to “challenge the sun” aren’t anywhere near close to 3000K.

Outdoors, the light requirements are often higher than they are indoors, so gelling a daylight balanced light with CTO to give tungsten for indoor use could work very well despite the slight loss in power.  Gelling a tungsten balanced LED with CTB to give daylight for outdoor use, on the other hand, means you could be losing a whole stop of light right where you need that power the most.

Also, if you’re indoors, shooting under tungsten lights, do you really need portable power?  I wonder if it might have made more sense to produce a daylight balanced version instead. 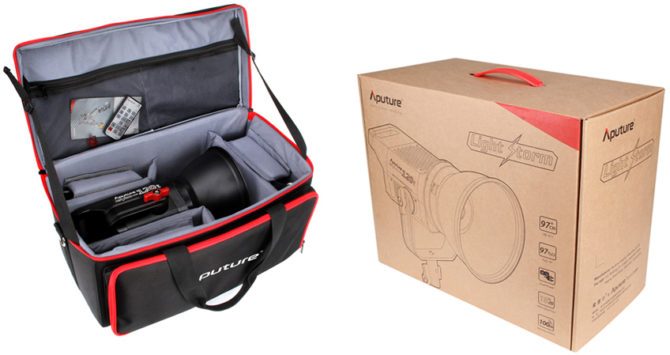 Anyway, overall it looks like a pretty decent light.  Portable, lightweight, designed to run as cool as possible, fits all my current modifiers, remote control, and a handy bag to carry it all in.

The Aputure COB 120t is available now, and costs $645.  You can read more about it and see full specs on the Aputure website.

What do you use for portable continuous light on location?  Where do you feel it offers you advantages or holds you back?  Let us know in the comments.