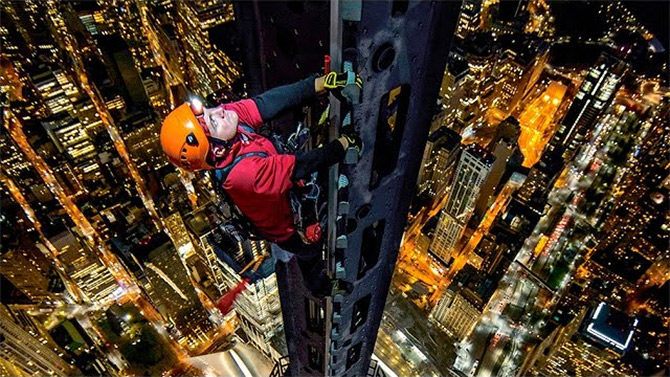 For most sane and rational people, being invited to climb the spire at the top of One World Trade Center to photograph the view would probably result in a flat out “no”.  For others, it’s definitely a “yes“, “sure“, or “absolutely!“, even when not entirely legal.

But when professional mountaineer and photographer Jimmy Chin is asked to do exactly that on assignment for the New York Times, it results in some amazing imagery, and a great 360° mini-documentary.

When 360 degree cameras first started to hit the market, and platforms like YouTube and Facebook started to support them, all 360 videos were cool, because they were new, and different, and we could even make them ourselves.

Edited and narrated much like any other video, this is probably the first 360 degree video I’ve seen that I’ve actually enjoyed beyond the “ooh, shiny” factor of something new.  The NYT have done other videos in the past, but this one seems more, focused, somehow than the others I’ve seen.

Watching on the desktop is interesting, if a little cumbersome.  You have to constantly move the viewpoint yourself with the mouse while you’re watching to be able to keep up with the action, meaning you can’t really get on with other things while it’s playing, but it does let you get some interesting compositions. 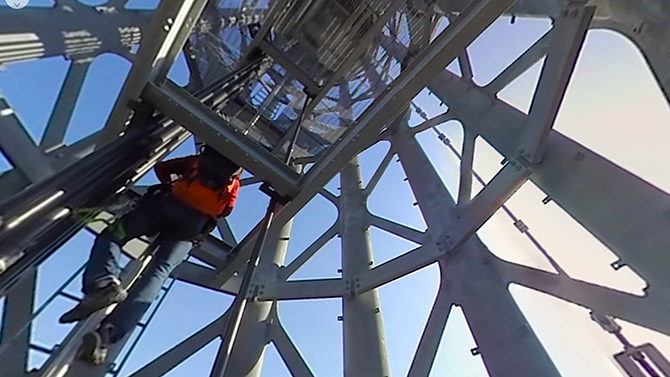 Viewing the video through a mobile or VR device, however makes it much more intuitive, a lot easier to follow the action, and you don’t really mind that you’re only doing one thing.

I still think the image quality still has some way to go with 360 degree video.  Even with 4K, if you’re stretching an image to cover a full 360 degrees in all directions, there’s going to be some stretching and loss.  But, videos like this definitely make watching it more bearable.

You can see some of the images Jimmy created and some shot from helicopter of Jimmy’s ascent by George Steinmetz over on the New York Times website.

What other good 360 degree videos have you seen?  Let us know and share in the comments.

« This portable LED puts out as much light as a 1.5K tungsten with a Bowens mount strobe sized form factor
Guy tries to mimic a beer commercial and drops a $70,000 camera at CineGear Expo »