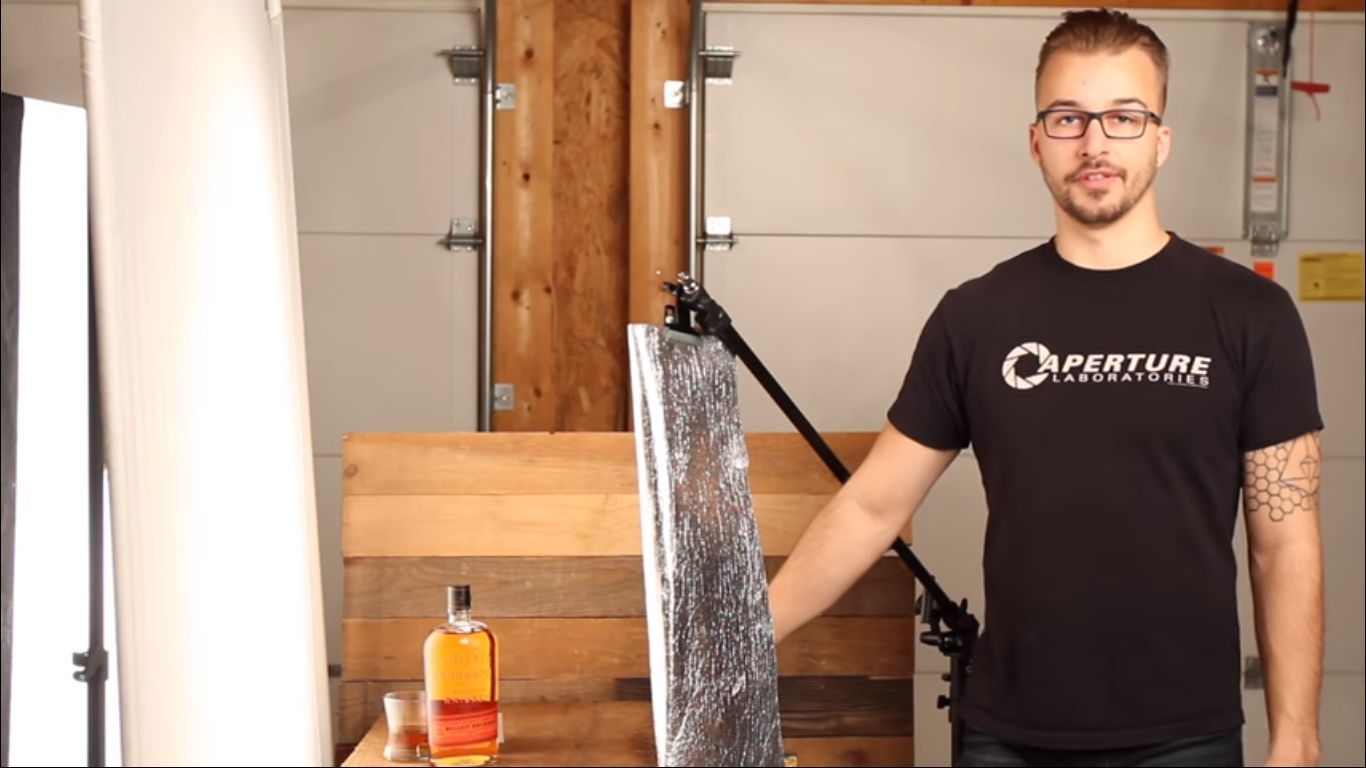 Getting professional-looking product shots doesn’t need to require you to have a studio and tons of expensive gear. With some DIY magic and good will, you can get neat product photos without too much money. Photographer Brandon Adam shows you a setup for product shots using only a single light source, a few DIY modifiers, and some cardboard.

For his shot, Brandon chose a bottle and a glass of bourbon and shot them on a wooden table and background. I think the wood works really nicely with the photos of bourbon. He used a Canon 5D Mark III with a Canon 70-200 f/2.8  at f/5.6 and only one light: Elinchrom BRX 500. He used it with a 50″x20″ Stripbox and placed it at about 45-degree angle behind the bottle.

Since the light was still too harsh, it created a blown-out line on the bottle. So, Brandon added a scrim in front of the light to diffuse it even further. If you’re on the budget, keep in mind that you can make both the softbox and the scrim yourself, and here are some ideas: DIY scrim, DIY softboxes.

Since the bottle looked a bit too flat on the wooden surface, Brandon cut out a cardboard shape to put behind the bottle to make it pop out. 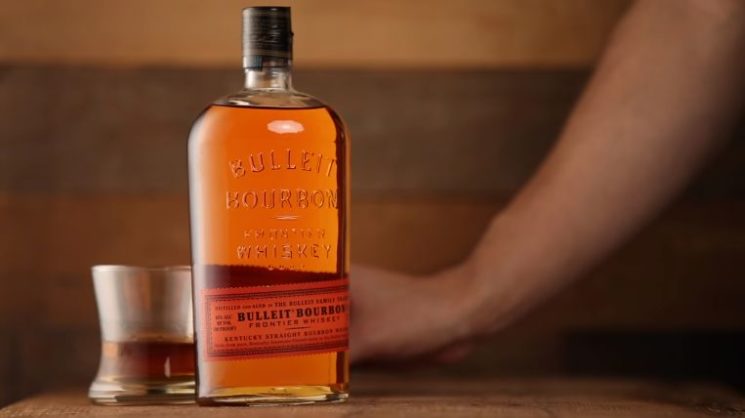 The final part of the setup is a reflector Brandon added opposite the key light. He used a piece of the heating system insulation; I think it’s the same material I used for this DIY reflector. You can also use an emergency blanket, and check out a few more DIY reflector ideas here. In the end, Brendan added a polarizing filter, so he can manage the reflections on the glass and the bottle.

Here is Brendan’s final shot, which you can see in the video above: 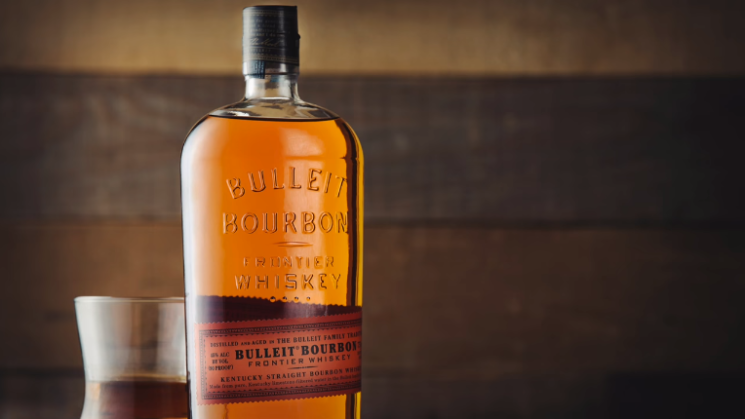 [Product Photography Tutorial – One Light Set Up via FStoppers]