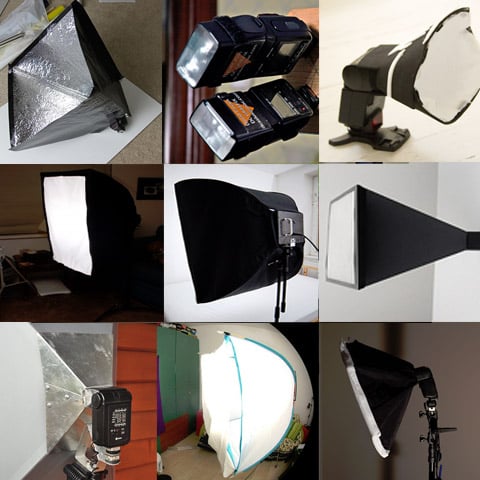 About three weeks ago, I asked DIYP readers to build a softbox. It was meant for fun and education. To add some zap the good guys at B&H chipped in with a Westcott Apollo Speedlight set and a strobe (Nikon SB700/Canon 430EX II) for the best design.

I literally fell of my chair seeing all the great submissions. The amount of creativity with the build was huge with sizes and materials covering just about any possible element on the face of the planet (including the rare element IKEAtnium). If you ask me quite a few of the bunch would have had a successful design career.

The contest ended up with 70 submission ranging on all the spectrum
of softboxes:

It is very impressive to see how some set out design goals (or briefs in design lingo) and held up pretty well to their intents.

Here we go with 24 DIY Softboxes which display the variety of softboxes you can built at home. There are some great ideas inside for on budget lighting so visit them all. Click each entry banner to see the full tutorial. There were more good design but I tried not to repeat similar designs in the post so each tutorial will have some added value.

My favorite and the winners will be revealed at the end of the post.

This is a pretty cheap trick if you ask me, but it gets the job done. Using the SCUBB boxes from IKEA makes a quick and easy table top softbox set. They zip away nicely, and come in an oh-so-convenient six-pack. (indecently, I use this very same article to store my socks).

If you are opting for big, quick and dirty, Don Barnard has a great solution for you. Use a cooler box to make a light (as in not heavy) box and a some duct tape and fabric to make a front diffusion panel. Click the entry for a video tut on how it was made.

This is a very clever idea by Marco Depiante. His softbox can accept both a CFL lamp using a clamp and a holder and a strobe if the holder is removed.

For the glory, Breandan Dezendorf made a softbox using an old t-shirt for diffusion. If nothing else, it wins the recycling award.

Jesus Sanchez took a clever route – using an already existing skeleton to mount the softbox on. An umbrella seemed to be a natural fit and indeed many readers chose an umbrella as a base. By Twisting the ends Jeses gave the umbrella a more parabolic shape which will result in better light quality.

This is a route I was very happy to see going on. Using a tent as a huge softbox. It only makes sense with softboxes being so tent-like. Michele M. F. picked up one of the kiddies tents from IKEA (that is already +2 IKEA) and did very little other then sticking a flash in it. Does it suffer a killer spill? yes, is it soft? You betcha!

Sinu S Kumar went for the super rigid flavor using coroplast for the body and metal for the bracket. It is kinda the classic DIY softbox with a bracket made in heavens.

This DIY really resembles the Lastolite Ezybox. If you have the time to invest, the tutorial by Henrik Eketjäll is definitely very satisfying once finished.

This is another one of the clever designs that went out and used what’s already out there as a base. This time aud1073ch used a lampshade and what seems to be a perfectly good silk shirt. The result is an unorthodox round softbox.

If you ever wondered how Westcott makes their Apollo softboxes Pixel Análogo has the solution. The step by step tutorial makes no discounts, utilizing whatever’s in arm’s reach from pens and balloon sticks to old furniture.

This CFL based Softbox by A. Safari comes complete with everything you ever wanted, selectable CFL lighting, custom front panel and even a handle at the back for easy tilting.

Hats off to iamunique127 for creating a very accurate clone of the super cool Saber Strip.  I am quite sure it was not easy sourcing all the parts. but the end results is definitely worth it. Check out the image and see if you can tell ti is a clone.

This portable box by Victror had another umbrella say goodbye, and join the army of of the converted. Accompanied by a great step by step of the build process.

A pretty clever concept comes from Benny Johansson. Using foam boards, foil and straps, Benny designed a system that can function as a multi sized softbox (strobe or CFL). The nice thing about it is that the boards are attached using bands, which allows for easy setup/ tear down or for re-use as a reflector system.

Andrew Fritz built one of the most clever foamboard softboxes I have ever seen. Not only it has a semi-recessed front, it is also collapsible to an (almost) flat state for storage/travel)

This softbox is ideal for table top photography and clones the EGO CFL system. The construction is pretty simple and makes the best out of foamcore I love the clever idea of using a bulb splitter. And face it, the presentation done by F.C. Syse is good enough even if this was not for softboxes but for chocolate.

Thanks, Belén Spada for sending another perfectly good umbrella to that big umbrella basket in the skies.Actually while the base may look like an umbrella, it is actually an insect guard. Great use of available stuff.

The AwesomeBox by Anna is one of the more creative redo’s I’ve seen for an existing concept. Using PCV, plywood and a good dose of fun, Anna made a huge softbox with a great usage photo.

While the practicality of this softbox is somewhat in question (softbox and strobe head are almost identical in size), the video on this one and the super awesome logo from Adam placed the Gimme 5 softbox as my presentation favorite. Watch the video!

Tuure built a softbox that would not profoto would be proud of if they were in for yogurt cans as raw material. I also love the great tutorial he made so we can follow. 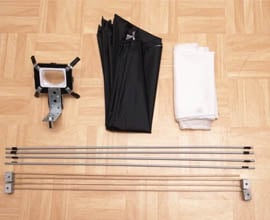 Chris Krier used a material I never heard of, it is called Monokoke. It is reflective and it can be shrinked and wrapped around any surface. Think shrink-wrap but for big surfaces. very cool.

David Casius made a softbox that can fit 4 strobes, the contraction is similar to some of the ones we’ve seen above, but there is some extra mojo with the optical slave installed.

Other Softboxes worth checking:

Deciding on the final three was not an easy task, the amount of innovation, creativity and craftsmanship on the sofboxes is truly impressive. At the end I had to make a choice. I consulted with both my better half and a few photographers. While I am pretty happy with the choices I made, results could have easily be slightly different if this was a different day.

The two runners up will receive a complete set of DIYPhotography lighting line: a DIY Ring Flash and a DIY Double Flash Bracket. 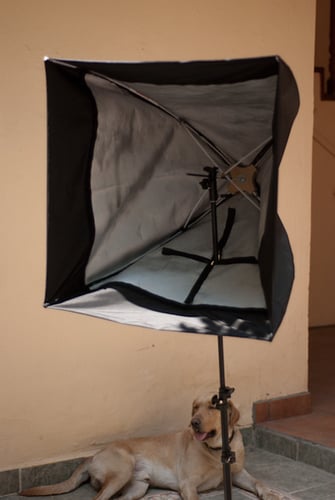 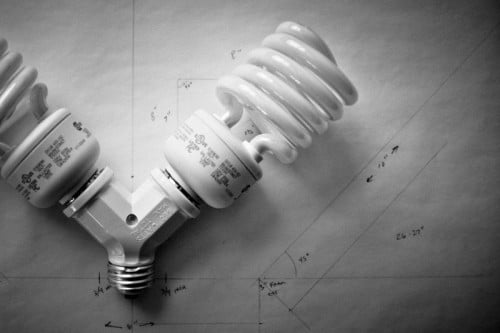 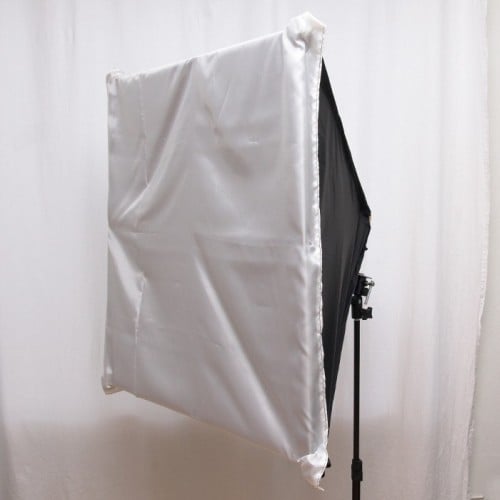 Congrats to the winners and a big thanks to the folks over at B&H for helping with the prizes.

We will have more of this…

Using Huge Reflectors When Softboxes Are Not Available