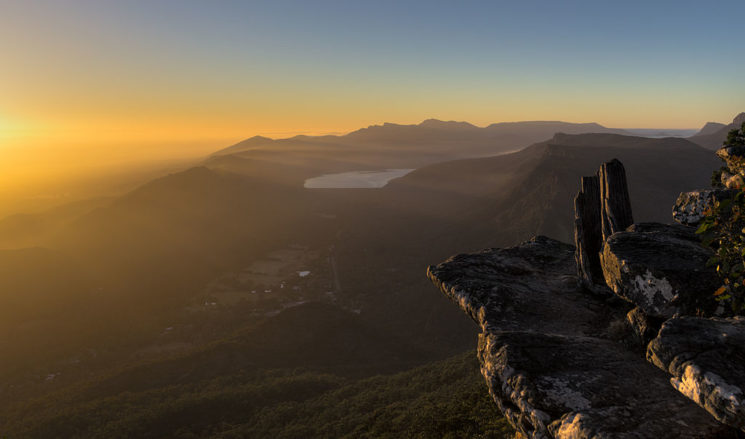 A 38-year-old woman lost her life on Saturday 12 December when she fell at Boroka Lookout in Victoria, Australia. The tragedy occurred when she reportedly climbed the security fence to take a photo, slipped, and plunged 80 m (260 feet) to her death.

Rosy Loomba was a mother of two from Craigieburn, Melbourne. This Saturday, she visited the Grampians National Park in Victoria with her husband and two children. According to the reports, she climbed the safety barrier to get to the bare cliff on the lookout. It’s not clear whether she was taking a photo or posing for one, but does that even matter? Either way, the mindless act was done for the photo’s sake, and sadly, it ended tragically.

This isn’t the first time a person died at this exact spot. In 1999, a 59-year-old British tourist died after he slipped and fell at exactly the same spot. And according to the locals, there are always people pushing their faith at the Boroka Lookout. One guy even did a backflip in 2018 (and of course, he filmed it). Stunts like this even urged the police to issue a warning last year for the people to stop taking “selfish selfies.”

Carlee Vokes, manager of Halls Gap restaurant Paper Scissors Rock Brew Co, said that he had witnessed many accidents at the lookout in recent years. “I’ve worked here for 10 years and unfortunately these incidents (people falling) are quite regular,” she told Daily Mail.

While stories like this are certainly tragic, they serve as an obviously much-needed reminder that no photo is worth risking your life. After all, security fences are there for your security, just as the name suggests. So, let them secure you from getting hurt or killed at dangerous places.

« Astrophotographers, don’t miss the Geminid meteor shower at its peak tonight
Watch: Girls swept away by a huge wave while posing for Instagram »