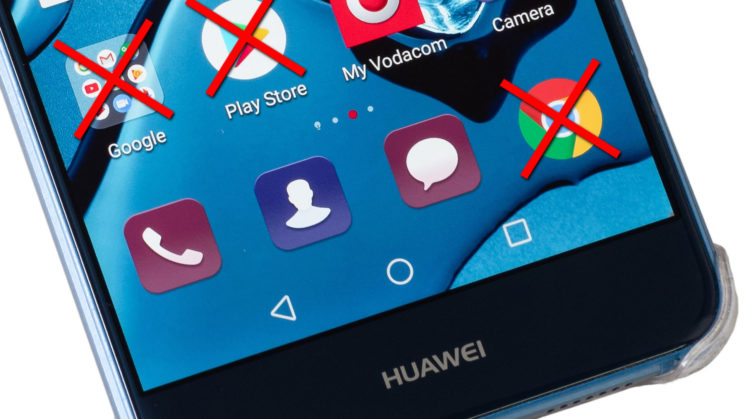 Google has suspended business operations with Huawei, effective immediately, according to Reuters. They say that a source close to the matter has told them Google was forced to suspend business with Huawei that “requires the transfer of hardware and software products”.

What this essentially means is that all future Hauwei products are cut off. If you already have a Huawei, though, you might be ok. Probably. At least, for now. A Google spokesperson told Reuters that “Google Play and the security protections from Google Play Protect will continue to function on existing Huawei devices”

It comes in response to adding Huawei Technologies Co Ltd to a US trade blacklist known as the “Entity List”. Being on this list makes it very difficult for the company to do business in the US, or deal with US-based companies. The Entity List is basically a list of people and companies that the US government deems to be a national security risk.

The source told Reuters that Huawei will be limited to only accessing the open source public version of the Android operating system and will no longer have access to the proprietary apps and services from Google. This cuts off some pretty vital services such as the Google Play Store and any security updates that have not yet made it into the open source distribution.

Reuters also reports that the impact of this decision is unlikely to affect the Chinese market all that much, where most Google mobile apps are already banned. Alternatives are offered in China by domestic competitors. It will have a major effect on countries outside of China, though, where having Google integration is vital for security and usability to stay competitive.

The news comes as chipmakers including Intel, Qualcomm and Broadcom have told their employees that they will no longer be supplying Huawei with critical software and components until further notice.

Huawei is set to launch the Honor 20 in London tomorrow. Android Authority reports that a Huawei representative has stated that this launch will go ahead as planned.