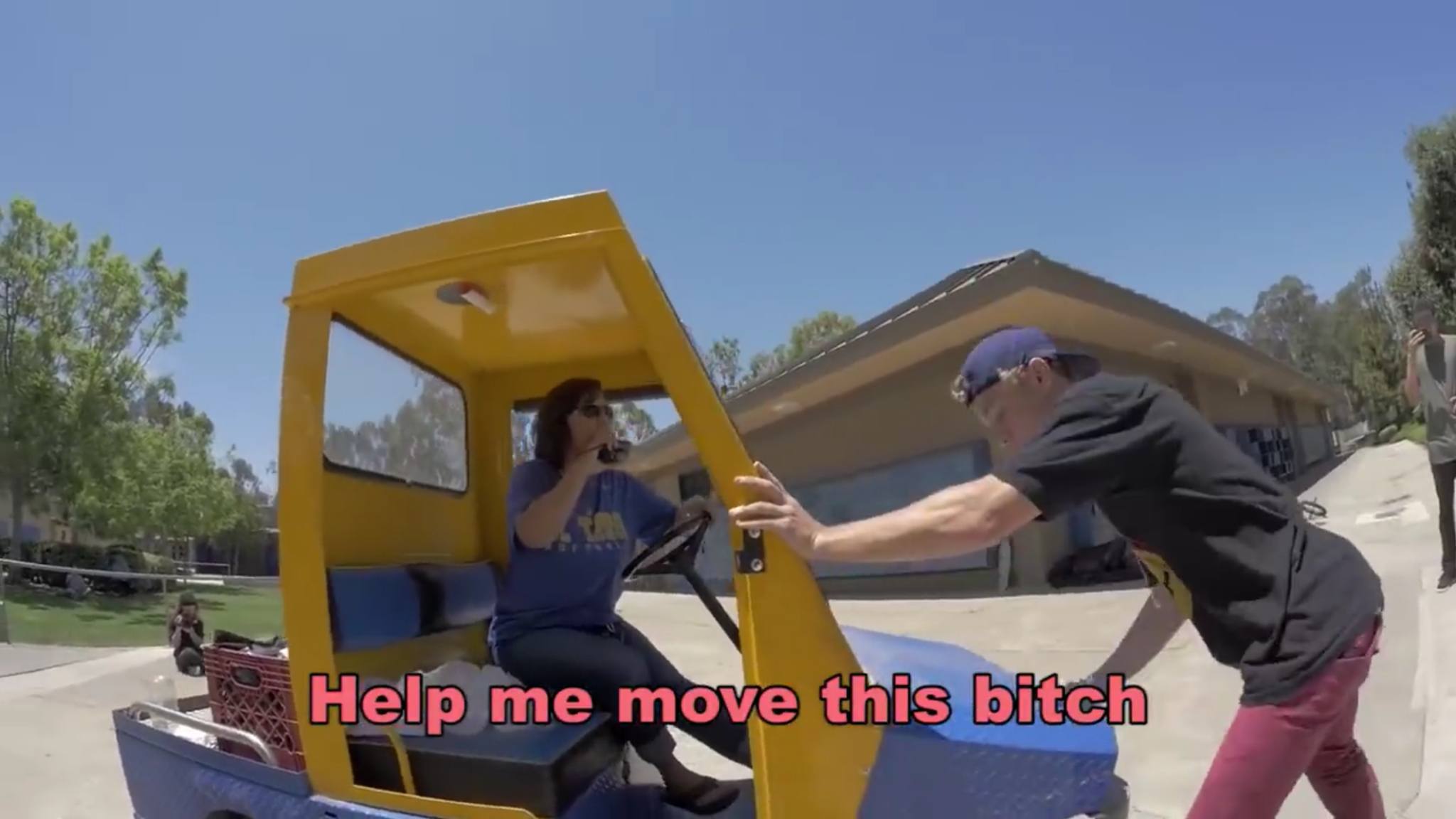 Remember that guy in the truck who tried to kill that photographer and eventually got charged with felony? This is kinda the same, only instead of a guy, it’s a girl, instead of a car it’s a golf cart, and instead of the guy trying to kill the photographer, it’s the photo crew almost killing the girl!

We hate it when security bullies photographers, but for balance-sake, there is also the opposite side. In this short video photographers Chris Eiland and Nick Tellez set up quite an elaborate stunt shot with BMXer Justin Gautreau. The stunt took place at El Toro high school infamous stairs also called El Toro 20.

A security lady arrives on a cart after the first (failed) attempt at the jump and asks them to leave. The next few minutes are kinda surreal. The photographer, and biker try to talk the security lady into giving them another shot at the trick. And when talking fails, they simply push the cart out of the way (lady inside) and jumps anyways, almost hitting the golf cart at the bottom of the staircase.

This time the jump succeeds.

P.S. I know that security earned a name for them for being wrong, being bullies, even being violent. I think it’s guys like this who make it harder for the rest of us.

P.P.S. I wonder if a male security guard would have gotten the same attitude from the crew.

« What is the Sunny 16 Rule and does it still matter?
Plotagraph converts any JPEG into a mesmerizing cinematograph »