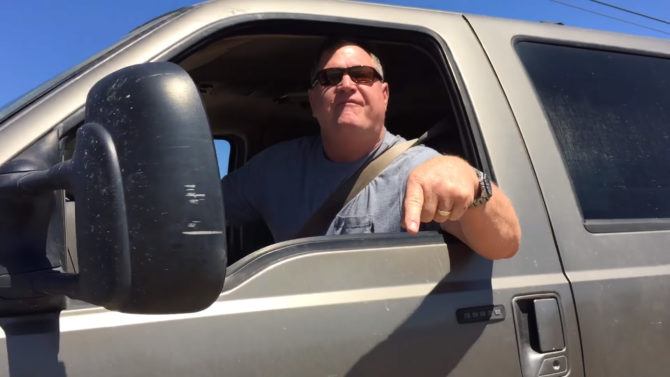 Yesterday, we showed you a video of a somewhat agitated driver harassing automotive photographer Alex Stone, who he felt was trespassing on his “private driveway” (which police have confirmed was actually a public road), with his truck.

Police were quick to take action and have now identified and arrested 52 year old Mark Gordon as the driver of the vehicle. As well as being charged with misdemeanour battery and vandalism, Gordon is facing a felony charge of Assault with a Deadly Weapon.

Here’s the video again, in case you missed it. There is some rather strong language, though, so you might want to use headphones or turn your speakers down.

I have to give maximum respect to Alex, here. I don’t think I could’ve remained anywhere near as calm as he did faced with a situation like this.

If convicted, Assault with a Deadly Weapon that isn’t a firearm can carry with it a prison sentence of up to four years, and counts as one of your “three strikes“. If he has other strikes, he may be looking at a much, much harsher sentence.

Here’s a screenshot of the arrest record from the San Diego county Sheriff’s Dept. website. 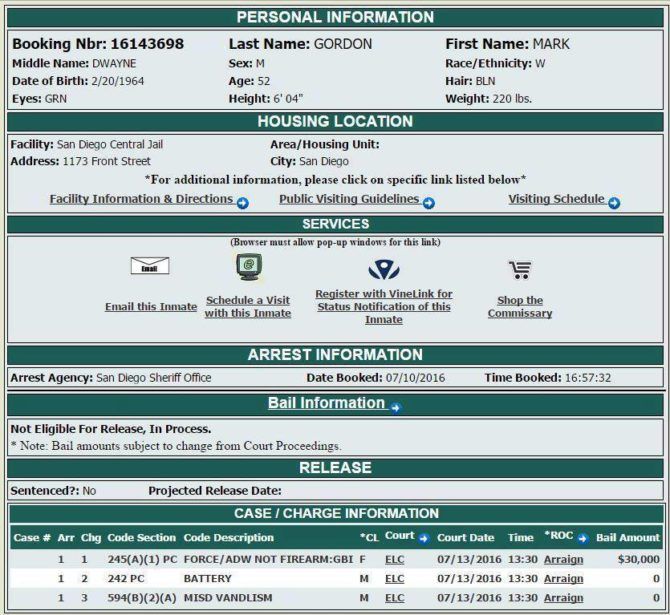 So, remember, folks. Photography is not a crime, but intentionally driving into photographers (or anybody else, for that matter) with your car is!

My thoughts on broadly sweeping “three strikes” laws aside, it’s nice to actually see somebody being held to account over harassing and threatening photographers in the middle of completely legal activities.

How would you react in circumstances such as this? Have you been in a situation like this before? How did you react? Let us know in the comments.