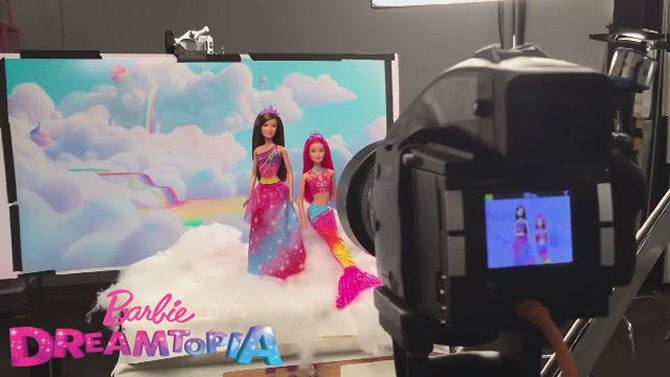 Photographing dolls and action figures is something a lot of people ask me about. Sometimes it’s just product shots for classifieds or auctions, sometimes it’s something a little more creative. I always give the same advice, regardless. Light them exactly the same way you would a real person, but on a smaller scale.

In this video taking you on a behind the scenes look at a Barbie Dreamtopia photo shoot, you can see this principle being applied. There isn’t any commentary, but you do overhear some of the conversation,

I must warn you that you might want to mute the sound before hitting play on this video. The music is as cheesy as one might expect from an official Barbie photo shoot, and it will most likely get stuck in your head for the rest of the day.

So most of you may not want to photograph Barbie dolls, but other things like Star Wars and Marvel themed shoots are also becoming more and more popular as new movies come out and the same techniques used can be applied to those, too.

Whenever I’ve shot small characters, I’ve tried to either construct some form of suitable background, or found one that already exists and attempted to force perspective to make them fit, but I found it interesting that they printed up their own backdrops to use for the images. 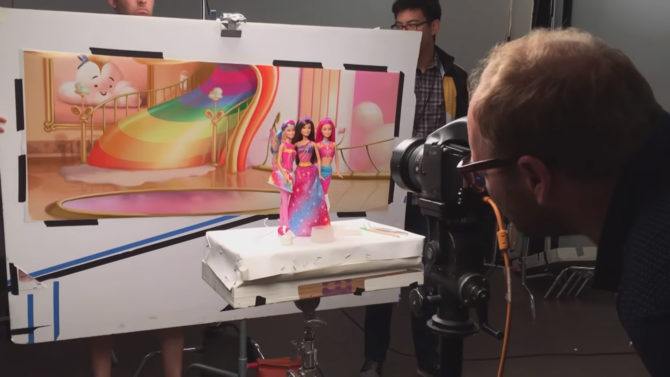 It makes sense, though. We do it for regular people sized people, so why wouldn’t we do it for little people, too?

Even if you’re not looking to photograph Barbie dolls or action figures as a subject itself, with them basically being scaled down people, lighting them the same way as you would a person means that they can also make a great light learning and testing tool. 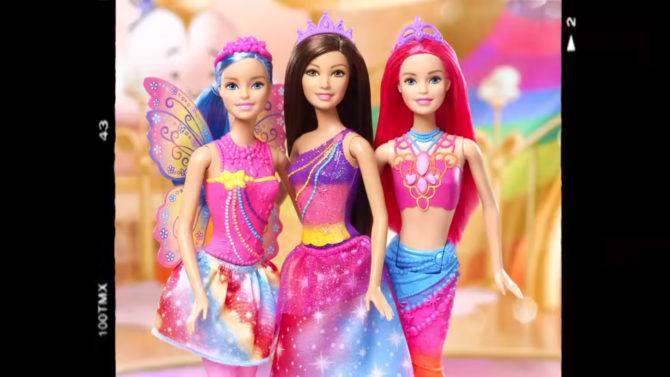 Because things like the inverse square law and light fall-off are all relative, scaling them down doesn’t really alter the way they present to the camera.  Sure, the light’s falling off much faster, but with your subject being so much smaller, it all evens out.  So, it can be a good way to test and develop lighting setups, especially if you’re using small lights like speedlights.

Do you photograph dolls or action figures as a way to test for larger scale shoots? Or do you just like shooting small subjects? Let us know in the comments.