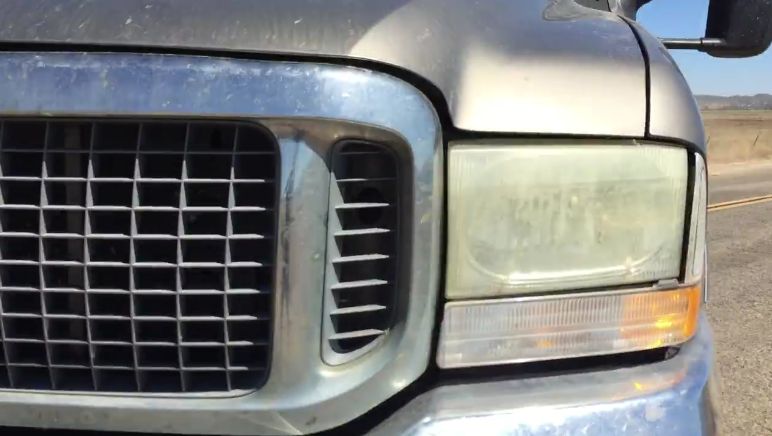 We’ve seen some crazy folks asking photographers to stop shooting but this one goes over the top. This is the first time I am seeing a photographer being threatened to be ran over for shooting cars.

According to Alex Stone, an automotive photographer from LA, he was shooting on a public road when he a truck driver confronted him for shooting on his “private driveway”. The truck driver repeatedly drove towards Alex and his companion and threatened them. Finally, he got out of the car and knocked Adam’s phone (which was recording the event) out of Alex’s hands. (Hit the jump to watch the full video, note that there is quite a bit of language on it)

A guy tried to run me over today… Along with the owner of the car I was shooting. In the past 10 years of shooting cars nothing like this has every happened.

Watch the video for yourself, keep in mind the following: We are on a PUBLIC road in the middle of Ramona, CA. Pretty much empty deserted road by a tiny airport. Five different residents of the area drove by asking if we needed help and weren’t bothered by our presence. I didn’t provoke the man because there was a really good chance he had a gun in his truck (the police afterward also confirmed this by saying lots of residents carry around there). Also, I said “sir” about 200 times because I was trying to be as polite as possible, even while he was trying to run me over.

Seconds before starting to record the man drove up and said we were shooting on a ‘private road’ which was false. I told him that we would be out in a few minutes and he yelled “FUCK YOU”, that’s when I started recording.

At the end of the video, he hits the phone out of my hands and it flies 20ft in the air and lands on the pavement with a broken screen thats all black. I was worried that the video didn’t save but it did. I tell him he owes me a new screen and it’ll be $200. He proceeds to pull his pants down and say “Suck those $200 out of my dick.” This is when we drive off, with the police on the phone.

After it’s all said and done the cops said that they’ll go have a talk with him to see how drunk he was.

Be safe out there. #

This is quite a delicate situation. The combination between a possibly drunk driver, and an area where many residents carry arms can escalate quite quickly. While I fully support the rights of photographers to take photos on public grounds, you need to consider if any photo is worth this kind of risk.

[via Alex Stone, thanks for the heads up Ben and Mitch]

« Why I shoot on film
The most powerful 10 second toning tip you’ve never heard of! »