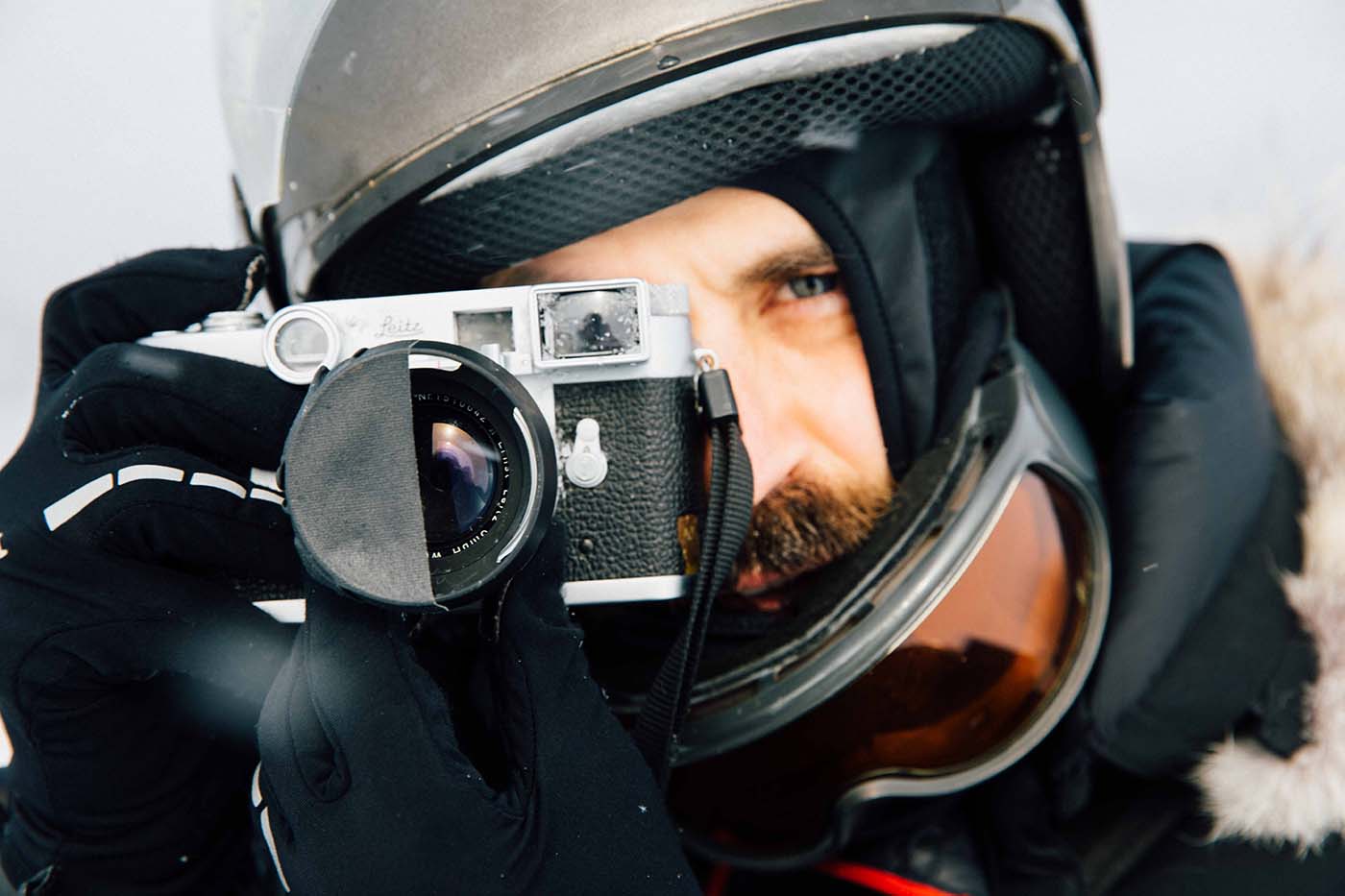 “Film forces me to be more decisive”

After eight years of shooting exclusively [on] digital [cameras], working with film was a revelation. It made me fall in love with the process of making photos. Shooting film heightened the sensation of being focused in the moment, which is at the heart of what photography is about. I also noticed a difference in reactions from the people I was photographing. Subjects had become so used to seeing their photos on the back of my camera. When they were unable to see themselves right away, they seemed more interested and involved. They seemed to have more confidence in themselves as well as me, and I feel my portrait work became stronger.

The debate about which looks better, digital or film, is tired and pointless. For me, the reason to shoot film is simple: it is a lot less distracting than digital. I don’t shoot film just to be romantic and I’m not a Luddite. I feel that I can create a better product with film. Photography, in its essence, is about speed and reaction. And working with film actually enabled me to find creative solutions faster than digital. This sounds counterintuitive, but I realised I was spending too much time operating the camera, and then checking the shot on the LCD screen. My eyes were down, distracted, instead of looking at the world, my subjects. Click, review, repeat—that was the cycle I was stuck in. I rediscovered that film allowed me to concentrate on composition. Editing should be left until afterwards. Shoot now, edit later, is my mantra. 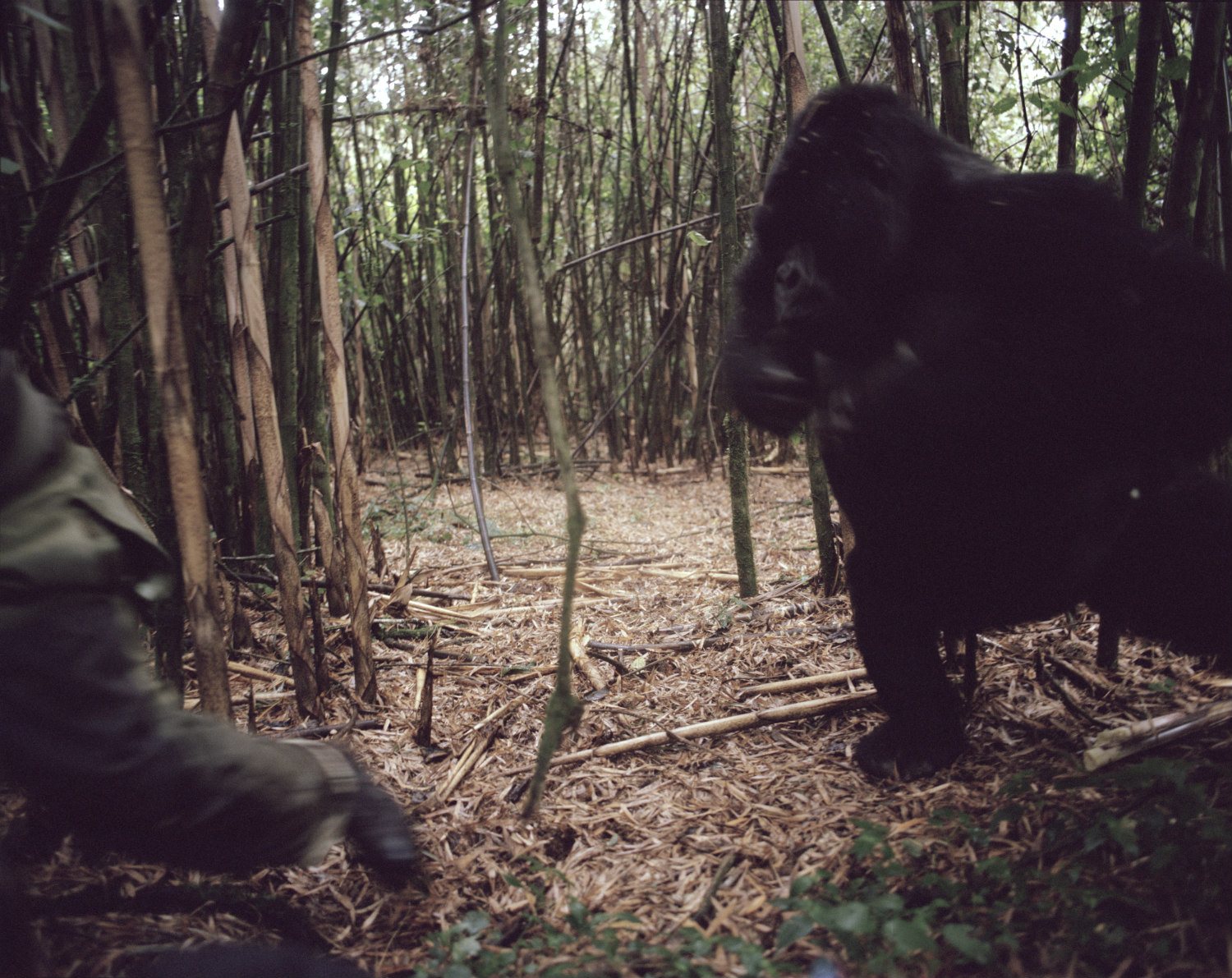 ‘This was from a story in the Virunga Mountains. A silverback mountain gorilla makes an upright, standing feign towards a tracker, who duly runs away. If I didn’t have the photos, I don’t think I would have remembered this, I had so much adrenaline surging in the moment.’ Photo: Michael Turek

There are disadvantages to shooting with film. It is bulky to travel with, can be damaged by X-rays at security checks, and rolls are easy to lose. I’ve accidentally exposed a roll of film by opening the back of the camera when I thought the roll was already rewound! Film rolls run out of pictures far quicker than a memory card and they are not cheap to buy and to process either. It takes a few days for my lab to return the processed film, and sometimes clients need the images right away. 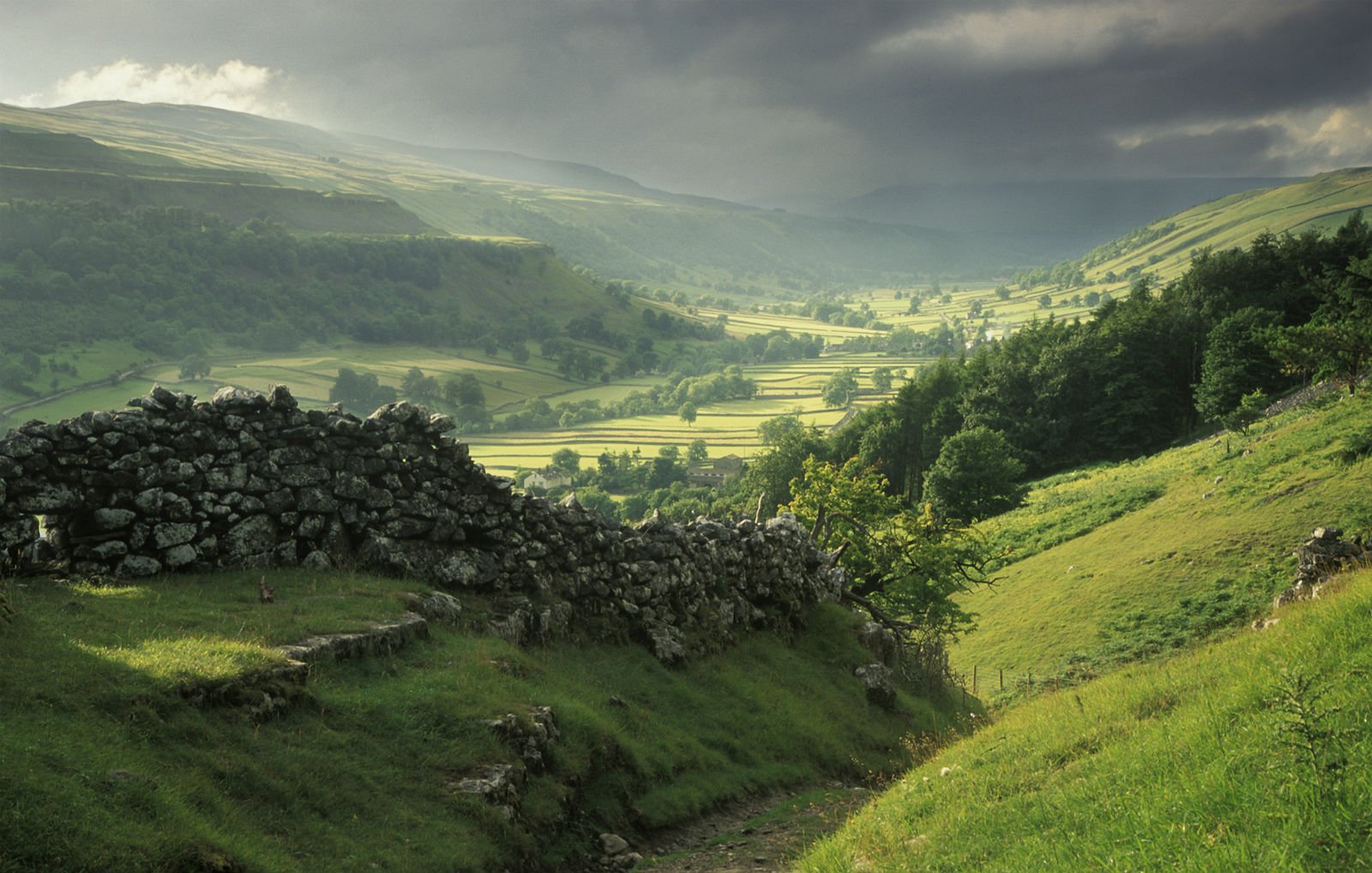 Yorkshire, England: ‘From the area of England that my mother is from, and the site of my longest on-going personal project. I spent a lot of time here growing up, and I’ve always found it to be a very playful landscape. Some of my most important work has come from this place.’ Photo: Michael Turek

Conversely, digital has a different set of challenges. Digital storage devices are fragile and are subject to corruption. If a hard-drive or memory card is damaged, corrupted or lost, I can lose thousands of photos, rather than just 20 images on a roll of film. We do not have a long-term solution for storing and archiving digital data. Storage solutions are constantly changing, so there is no guarantee that digital images will be easily readable in 20 years, let alone 100! Analogue photography is a 175-year-old technology, and we know exactly how to store it so that it lasts thousands of years. Digital storage is expensive, and can actually cost the same or more than the processing and storage of film over time. 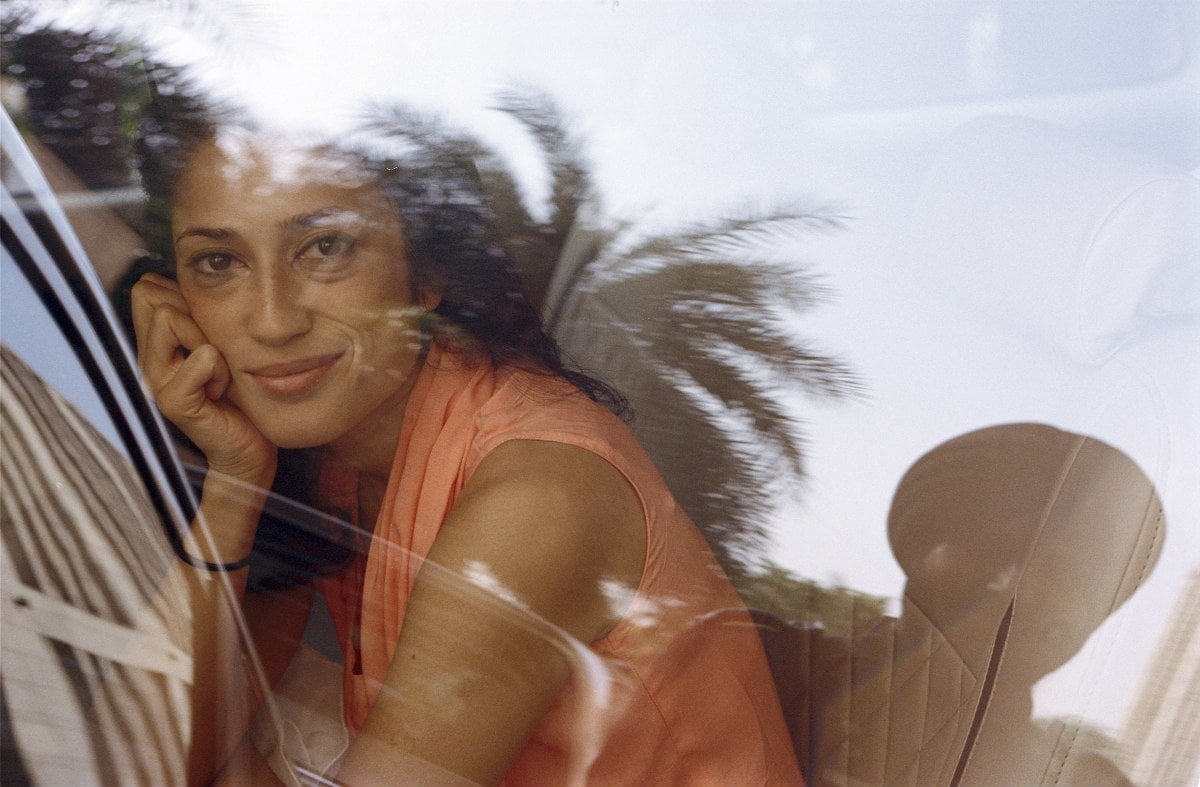 ‘Portrait of Fatima Bhutto through a car window after we had come to the end of an incredible journey through Punjab, from the Pakistani side starting in Lahore, and then finishing in Amritsar on the Indian side.’ Photo: Michael Turek

Film is not as capable in low-light situations and digital images do not handle highlights well. Film gives you more latitude with exposure while digital requires more attention to nail the exposure. Most importantly, digital requires access to electricity. Many of my jobs are in very remote places where there is no access to electricity for days. I often work alone, and I don’t have a crew to help carry a supply of batteries or a generator, so downloading memory cards to a computer and backing up to hard-drive becomes impossible in these situations, whereas shooting film eradicates this problem entirely. 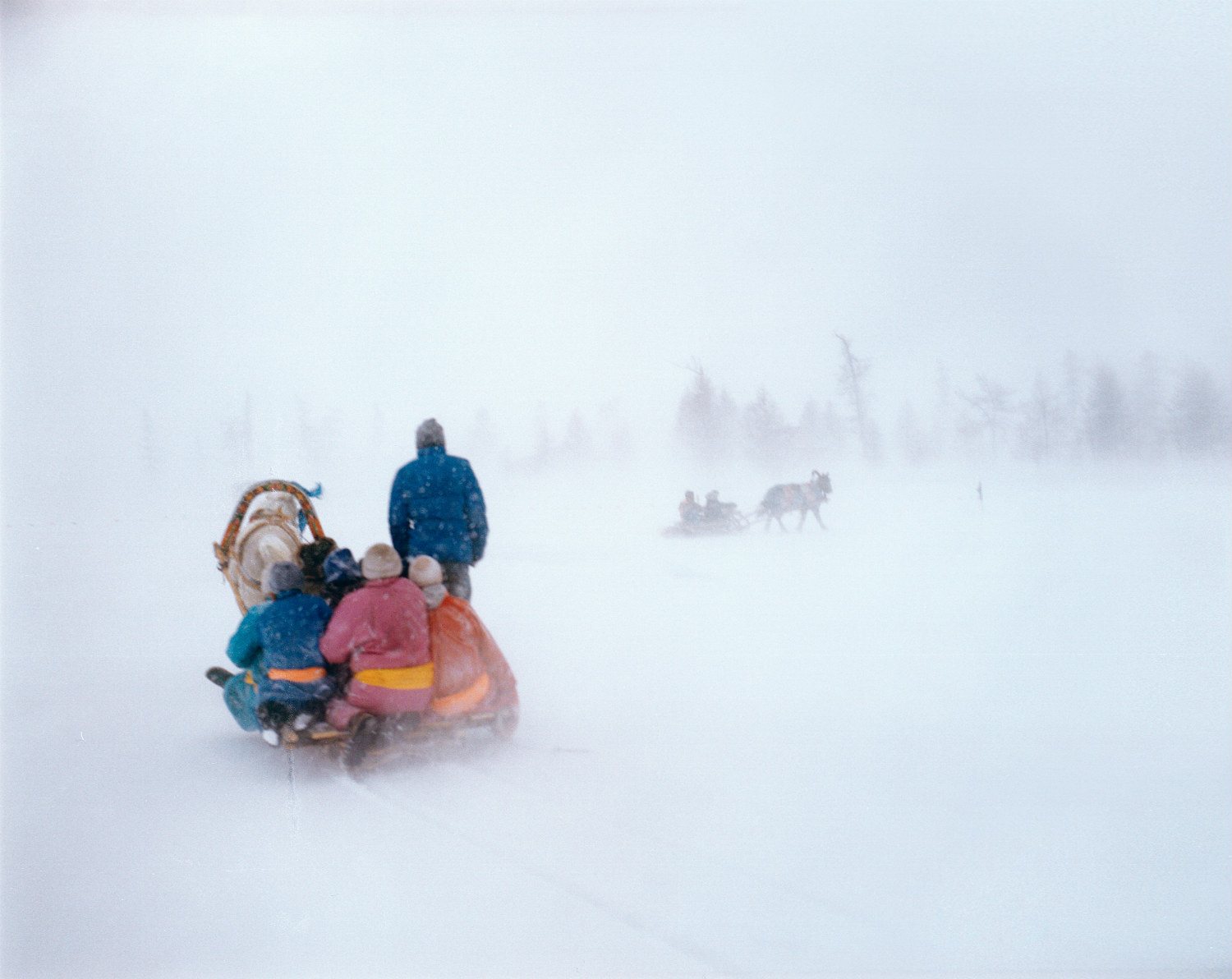 ‘I was crossing the length of Lake Khovsgol, Mongolia, from the north shore and the Russian border, down towards the town of Murun, and experienced an almost complete white-out storm, which caught a few locals by surprise as well. Here two cart loads of people are being pulled by horses on the frozen lake, with a line of trees along the bank visible in the background. Some of the hardest conditions I’ve ever worked in.’ Photo: Michael Turek

At night, after very long days of shooting, I need to get to sleep as quickly as possible. If I’m shooting digital, I have to spend a good 30 minutes downloading and backing up. Shooting film gives me more rest time. Also, I find looking over the day’s images on the computer can be counter-productive. Not only does it keep me up longer, I also begin editing my work. The most effective editing occurs days, or even weeks after the images have been shot. It’s good to put time between making the images, and editing the images when I’m not as emotionally attached, and it’s easier to make decisive choices about what are really the strongest images. Simply, when I am on assignment, it is my job to make images, to be creative, to be present. 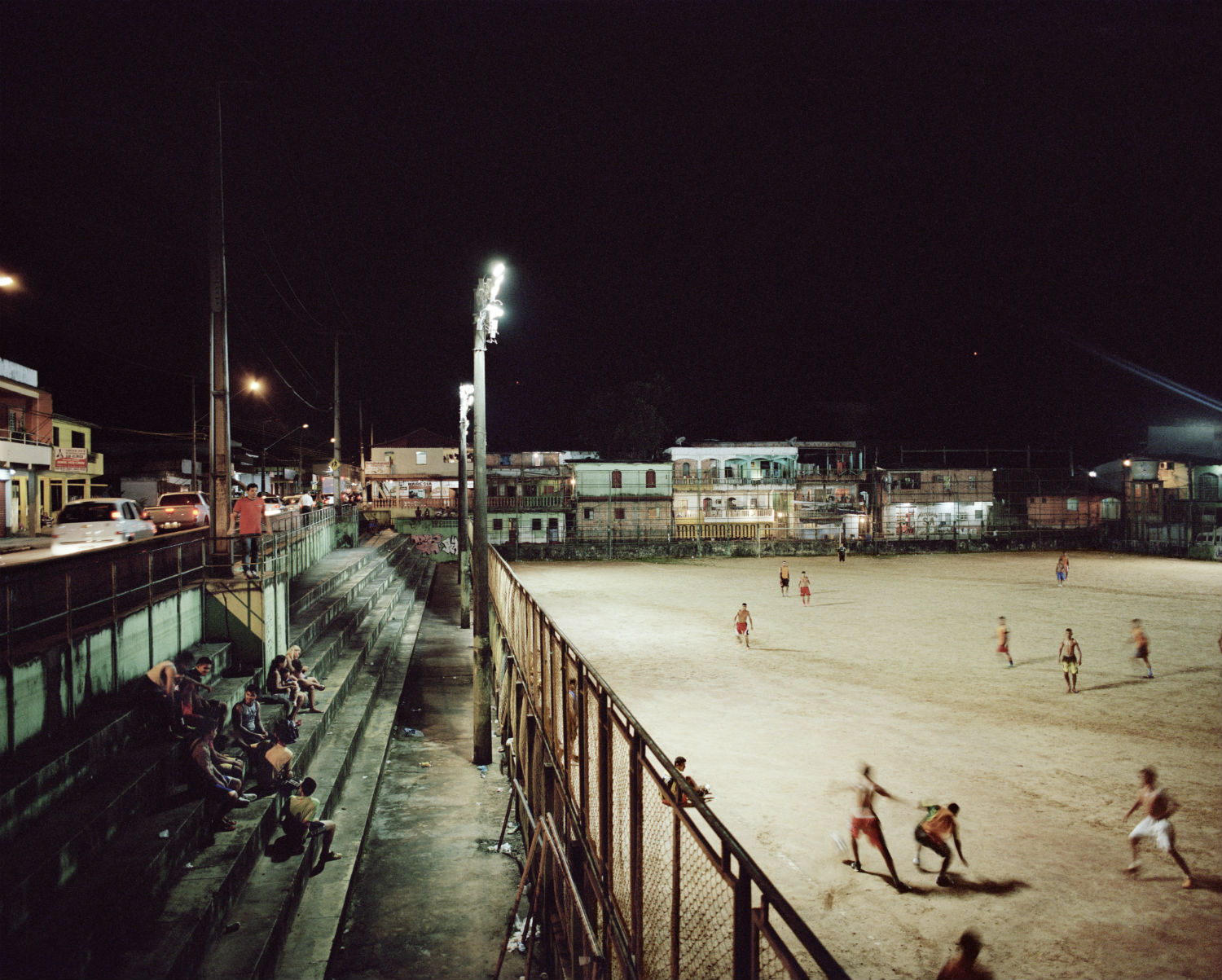 Manaus, Brazil: ‘The “buracao” which translates to “big hole,” is a football pitch where local players from the Noua Esperanca neighbourhood come to play at night. I was travelling across the Amazon region surrounding Manaus in the lead up to the 2014 World Cup, reporting on the history or rubber production in the area.’ Photo: Michael Turek

Film forces me to be more decisive. I might take only a few shots of any one scenario, and then move on, working my way through the shot with more intent, more mindfulness, feeling far more reactive and open to my experience, and ultimately that’s my job as a storyteller. 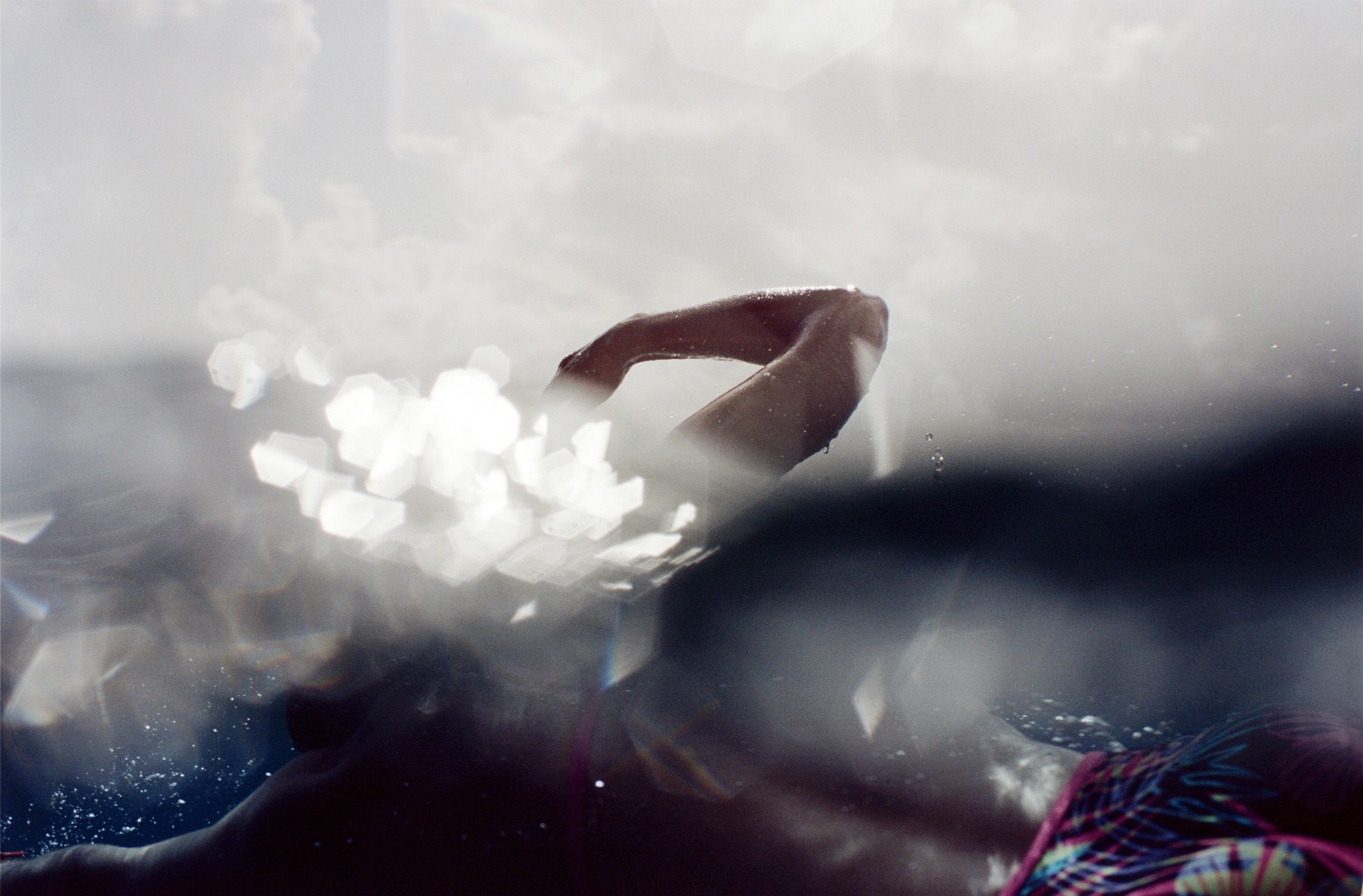 ‘From a story about a group of amateur open-water swimmers who swam across the British Virgin Islands, from island to island, over the course of 8 days.’ Photo: Michael Turek

Michael Turek is New York-based travel photographer, who has shot across the world, including several assignments for Condé Nast Traveller India. He uses Kodak Portra film on assignments and for his personal work. The Turek Atlas is an online travel guide that features his images. This article was originally published here and shared with permission.