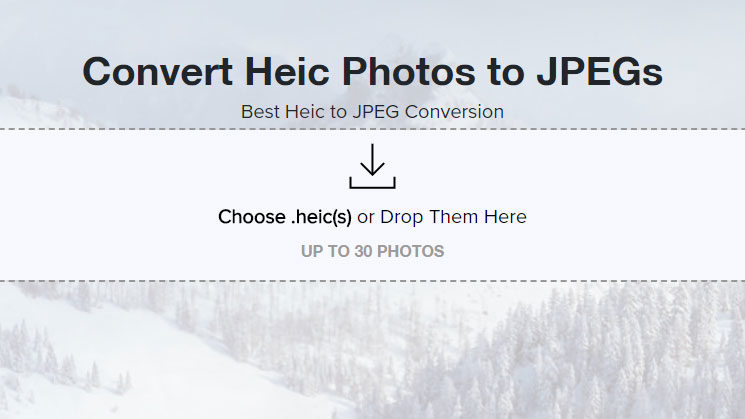 Other than the dual stabilised cameras, one of the biggest bits of photo news surrounding the new iPhones and iOS11 is HEIC. HEIC is a High Efficiency Image File Format. Essentially this means it can hold a lot of data in a relatively small amount of space. For mobile users with limited storage, it’s fantastic. But, right now, there aren’t really any desktop apps that fully support it – at least on Windows.

Desktop support will probably be coming at some point in the future. For now, though, this handy web based converter is stepping in to fill the need. Heictojpg is an online converter into which you feed your iOS11 HEIC files, and you get nice, friendly, and compatible JPG files in return.

As well as simply creating smaller files, HEIC allows the storage of other information, too. You can store individual or multiple images in a single file. You can add audio or text notes, and it offers both lossy and lossless compression. It also allows the storage of depth map data alongside the image. Presumably, this is how the iPhone allows you to adjust Apple’s new “Portrait Lighting” feature in post.

The new web tool was created by Beamr, the company behind JPEGmini. They say it was made in response to user feedback, and that people have been asking for a way to convert HEIC to JPG ever since it was announced.

Well, now they can.

The web-based conversion tool is available at heictojpg.com, and you are able to convert up to 30 files at a time.