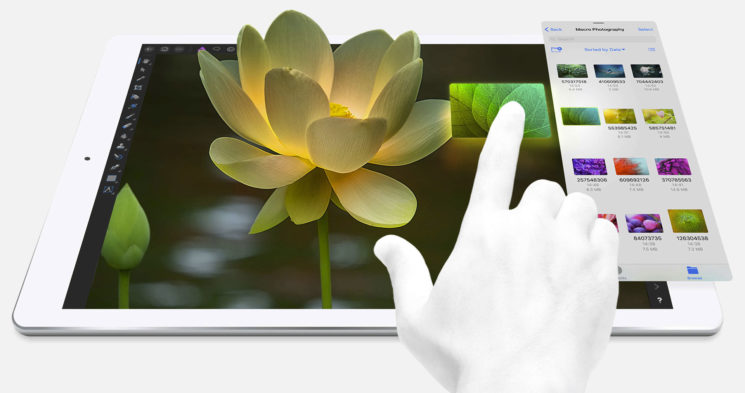 One of the new capabilities Apple added to iOS 11 is the new Files app. The new Affinity Photo update allows you to drag and drop files from the Files app into the app itself. It means that multiple files can be dragged at once for focus stacking, HDR or making panoramas. And you can drag files straight in from emails, including PSDs, with all layers intact.

I knew Affinity Photo for iPad was coming a long time before it was official. I was excited in anticipation of its release. I really thought we’d see some great competition from Adobe to bring Photoshop to the mobile device. Competition is a wonderful thing. It drives innovation, forces companies to push themselves, and keeps software regularly updated and fresh.

It seems, though, that Serif, the creators of Affinity Photo, don’t need Adobe chasing at their heels to keep them ahead of the game. They’re constantly pushing forward regardless, which is fantastic to see.

Also cool to see was that rather fetching baseball cap with the embroidered Affinity logo in the video. I wonder where I can get myself one of those?

More information is available on the Serif website. Affinity Photo for iPad is available now in the Apple App Store for a one-time cost of $19.99. Existing app owners are able to upgrade to the new version for free.