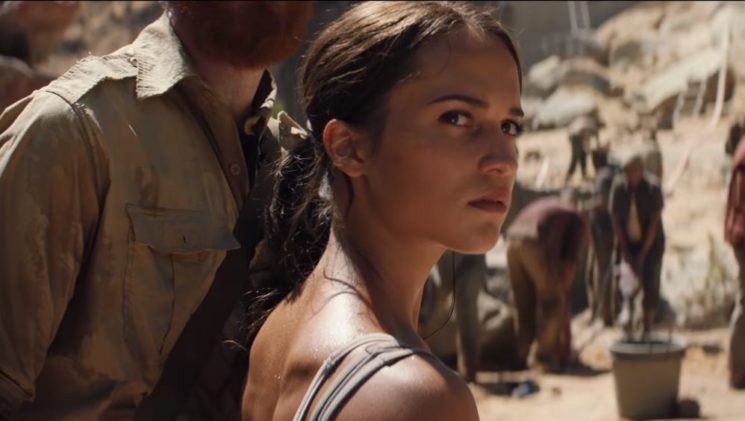 The new Tom Raider movie with Alicia Vikander as Lara Croft is coming next year. The trailer is out, and so is the official poster. However, Vikander’s neck looks so long in the poster that it seems to provoke more comments than the actual movie. And on Twitter, it’s slowly turning into a meme.

To be fair, the actress does have a pretty long neck (which I think is beautiful, don’t get me wrong). But in the movie poster, it just looks awkward and unnatural. The Twitter users have been posting jokes about the poster, making fun of the “bad Photoshop job:”

One user even re-edited the poster to show what he thinks is the more realistic photo:

Anybody else notice the horrible Photoshop job on the Tomb Raider poster? Left: Theirs Right: My fix up. pic.twitter.com/BSVjOVu2d3

Of course, there’s the other side too. Other users have pointed out that she does have a long neck, even without Photoshop. Honestly, I couldn’t only blame bad editing job for this photo. While it certainly is photoshopped, there are other factors that make Vikander’s otherwise elegant neck look so weird in the poster. The pose is unnatural and unflattering, and so is the camera angle. What makes it even worse is the light, which makes the neck look longer and thinner than it actually is. Another Twitter user pointed that out, and I would have to agree:

So, while overdoing Photoshop is certainly something to avoid, it’s good to keep in mind that lighting and pose can make a huge difference. Both in a good and a bad way.

Ready Player One poster ridiculed for bad Photoshop, turns out to be accurate