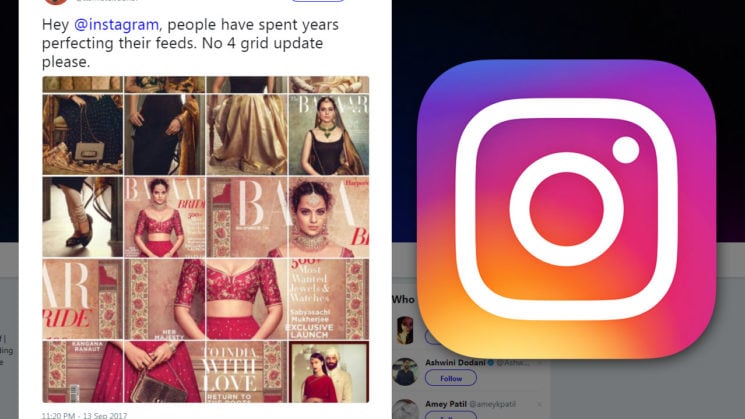 The grid. That element of your Instagram profile in which your entire history of images are nicely laid out in a nice 3 image wide layout. A layout that users have known and loved for years. A layout they’ve strategically chopped up and posted their images to accommodate. Well, it’s all about to change.

No official announcement seems to have been made as yet. But, a few users have started to notice that their Instagram app layout is a little different. Whether they’re just testing the water, or it’s a new look that they’re rolling out is unclear. But Twitter is definitely not impressed.

It does make a lot of sense, though. Mobile phone screens are getting larger and higher resolution all the time. So, why wouldn’t you want to try to cram as much as you can into that space?

Anyone else's Instagram showing a 4 in a row grid? This is going to ruin everything ? #gridview #instagram #aesthetics pic.twitter.com/XmCLyv5lx1

A lot of Instagram users are going to be upset that the photos they’ve so carefully chopped up and strategically posted to be 3 image wide panoramics will be broken. Not to mention those who’ve chopped them up in to a 3×3 grid.

Personally, though, I think it’s a wonderful thing. I always thought that filling up one’s Instagram profile with chopped up parts of an image was kind of spammy. I mean we can see the full image just by tapping on it, so why would we want to see it cut up? All it does is fill peoples feeds with out of context chunks of image that look awful. No matter how good the whole, a part of somebody’s foot, or the corner of a doorway is not a great photo.

Some Instagram users seem to forget that the 4 column grid is not a new idea. Instagram was not always a 3 column grid of images. Do you remember when it looked like this? 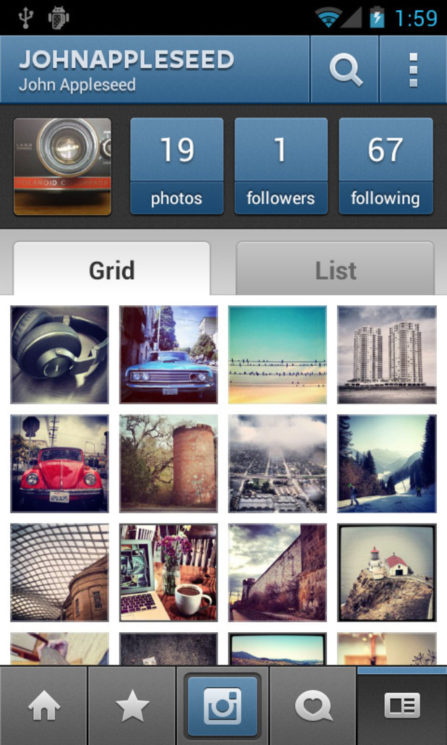 It looks like Instagram may just be going back to the way things used to be, now that screen sizes are catching up to the original idea. Again, there’s no word on whether this is here to stay and this is just the beginning of a mass rollout or if they’re just testing the water, but bring it on, I say.

And if you’re worried that your 3 column layout is going to break… Well, it looked silly anyway.

Now, if only they’d get their act together and create a proper iPad app.

How To Build A Nicely Diffused Strip Light

The 28 Photojournalists Unexpectedly Laid Off By the Chicago Sun-Times: One Year Later

« Upgrading to iOS11? Use this website to convert your HEIC photos to JPG
Hands on review of the new Profoto A1 – Natural beautiful light. Easy to Use. Never miss a shot. »