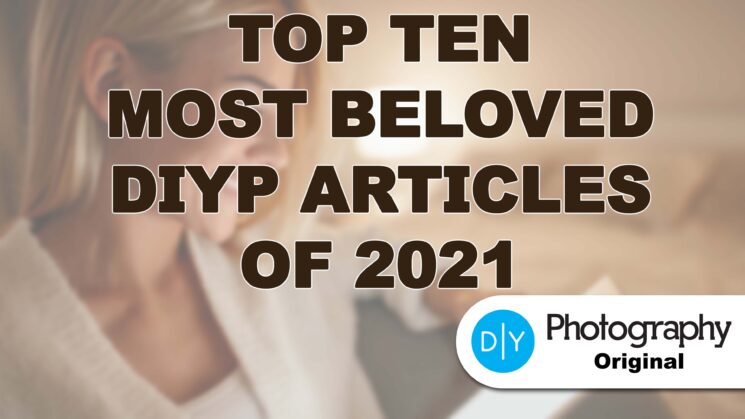 We’re counting hours until the end of 2021, hoping for a better, healthier, and happier New Year. It’s the time of the year when we wrap things up, and our team at DIYP chose the top photo contests, funny stories, and photography projects of 2021 for you. And now, it’s your turn to choose. Based on your views and interaction with our posts from this year, we made a list of the top ten most popular articles of 2021.

As The Final Countdown plays softly in the background, let’s start our countdown of the most beloved, most popular, and definitely most viewed articles of the year that’s soon to end.

10. PHOTOGRAPHER SUES KAT VON D OVER A TATTOO OF HIS 30-YEAR-OLD PHOTO

We have seen a bunch of unusual court cases and lawsuits concerning copyright infringement. But there’s always room for new surprises.  Earlier this year, photographer Jeff Sedlik sued famous tattoo artist Kat von D for using his 30-year-old photo of Miles Davis for a tattoo. The photographer sought $150,000 in statutory damages plus any profits earned made by depicting the tattoo and removing any “derivative works” she could have made from it. Apparently, our readers found this story very unusual and intriguing as we did, so this article became the tenth most viewed in 2021.

TIME magazine made its own 2021 wrap-up and published the top 100 photos of the year. If you’ve ever doubted that we’re living the apocalypse, that selection of images takes any doubts away. Although it also includes that adorable photo of Bernie Sanders and his mittens, so we can at least make memes and giggle while the planet is falling apart. What a time to be alive, right?

I woke up on a July morning, finished my morning routines, and when I opened my email – there was a message from Instagram. It read that they were sorry that I’d had trouble logging in, but there was a problem – I hadn’t. This led me to quite extensive research. It ended in discovering a highly believable Instagram scam, as well as some useful tools that can help you avoid it. I’m glad that this article is among the most viewed ones because I think it gives you valuable tips for keeping your account safe.

7. TONIGHT IS YOUR ONCE IN A LIFETIME OPPORTUNITY TO PHOTOGRAPH COMET LEONARD

The Comet Leonard is still visible in the night sky, although it very soon won’t be. On 12 December, you had the best chance of seeing it and taking the best photos of it. And judging from the blog stats, many of you were interested in it, so the article about Leonard made it to the seventh place of the most viewed ones. Did you take any photos, by the way? Feel free to share them in the comments!

6. CHEATING HUSBAND BUSTED AFTER TRAFFIC CAMERA PHOTO WAS MAILED TO HIS WIFE

If we made a list of the top ten most unbelievable stories of 2021, this one would probably take the very first place. But the sixth place on the “most viewed” list isn’t that bad, either. In short: a traffic camera caught a woman speeding in a car. She got a ticket in the mail, but there was one tiny little problem – it wasn’t her. And thanks to that ticket, her husband got busted for cheating. It sounds like a crossover between Cheaters and a telenovela.

5. WOMAN GETS UNDER FIRE AFTER PUBLICLY CALLING OUT ON STREET PHOTOGRAPHER FOR TAKING PHOTOS OF HER

When you’re in a public place, you can’t expect to have privacy. But if you’re not willing to be photographed, there are nice ways to tell it to photographers if you see them taking photos of you. However, some folks still choose the way to do it that’s way less kind. They don’t want photos of them to be taken, but they’re okay with filming a photographer, calling him “a creep,” and sharing the video on social media. This got even her followers mad, but so did our readers, judging from the comments.

When you buy used gear, there are plenty of things to check and take into consideration. However, it turns out that it’s something you should do even before buying new. If your Nikon is marked as “import model,” “seller warranty,” “Nikon import” and so on, it won’t be covered by warranty. I don’t know how other manufacturers deal with this, but Nikon’s policy got to a solid fourth place of the most popular DIYP articles of 2021.

3. HUBBLE CAPTURES PHOTO OF ASTEROID WORTH 70,000 TIMES THE GLOBAL ECONOMY

Hubble has been around for more than 30 years and it has taken quite a lot of stunning images over that period. However, the article about its photo of a valuable asteroid has won the bronze in this popularity contest. A gazillion people viewed and commented on it, and I guess it’s no wonder: a chunk of that asteroid would solve all our financial problems. Oh I wish I could travel to space… :)

TikTok is full of dumb and pointless “challenges” that are often dangerous and even deadly. One of those challenges involved a red filter, a silhouette, and dancing naked or in lingerie. It was originally imagined to “empower and make them feel sexy.” Sadly, it went horribly wrong as folks figured out how to remove the red filter and expose the nude or half-nude folks who took the challenge. Sigh.

1. TAKE A BREAK AND LAUGH AT SOME OF THE BEST ENTRIES OF 2021 COMEDY WILDLIFE PHOTOGRAPHY AWARDS

The Comedy Wildlife Photography Awards is definitely one of my favorite photography competitions. Apparently, it’s the same for our readers. The most popular article of the year is a selection of photos from the 2021 contest, and if you ask me – it’s no wonder. These photos are absolutely hilarious, and you can even recognize yourself in some of them. For example, I’m that grumpy bird in the first image before I have my first coffee in the morning. :) I don’t know if it’s the relatability or the light-heartedness and fun of these images, but it’s the most viewed article on DIYP this year.

I have to admit that some results surprised me. There are always some stories that I don’t expect to be super-popular, yet they turn out to be so after all. Still, even though there are some tough stories here, I’m happy that the top article is a fun and light-hearted one. Was it your favorite too? Or you’d choose a different one?