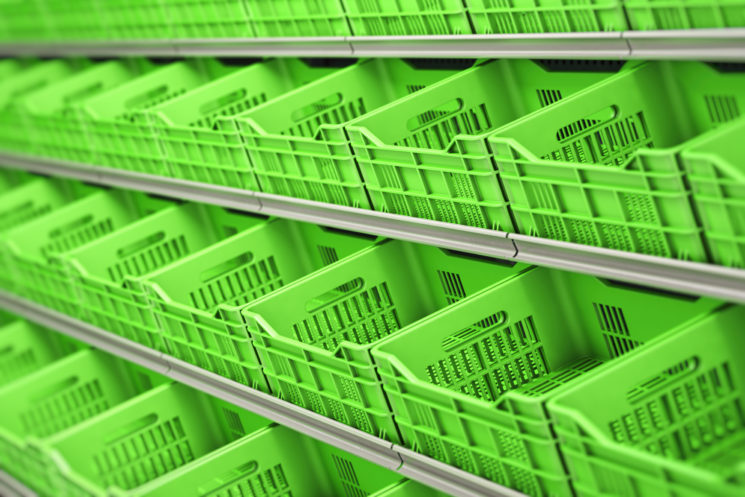 An unlikely collaboration between two artists has saved countless victims from their own stupidity through an incredible optical illusion. Artist Naomi Haverland from Minnesota created her own answer to the viral TikTok Milk Crate challenge by making a clever chalk drawing on the street in a way that creates a perfectly realistic perspective in 3D when photographed from the right angle.

For those of us previously blissfully unaware of the Milk Crate Challenge, it was a craze that started on TikTok in August and asks people to create a pyramid of milk crates (hence the name). You then climb up and down the crates like a flight of stairs. Sounds easy, but is apparently incredibly difficult and like all of these challenges, rather dangerous.

Many videos have since been banned for the potential of promoting activities that could result in serious injury, and some doctors have warned that it is more dangerous than falling off a ladder. Naomi was inspired by a friend to draw a safer version of the challenge on the street in her home town of Minnesota.

However, like doing the real-life challenge, drawing something on the ground in the correct perspective for it to appear 3D when photographed isn’t at all easy. Naomi reached out to the Reddit community and somebody knocked up a quick 3D model design for her in a day, which she then used as a guide to draw her image onto the ground.

Street art like this can inject a sense of fun while it invites people to interact with it. As we can see, many people in the area have been doing exactly that. It’s a very refreshing turn of events when a dumb viral challenge can be turned into its own interactive art installation. The only pity being that because it is drawn in chalk it can only be temporary. But perhaps the ephemeral nature, like the ever-changing internet is all part of the allure.

« Breaking: Canon pulls out of NAB 2021 over COVID-19 Delta concerns
Photographer under fire for telling a model to starve and lose weight for next shoot »