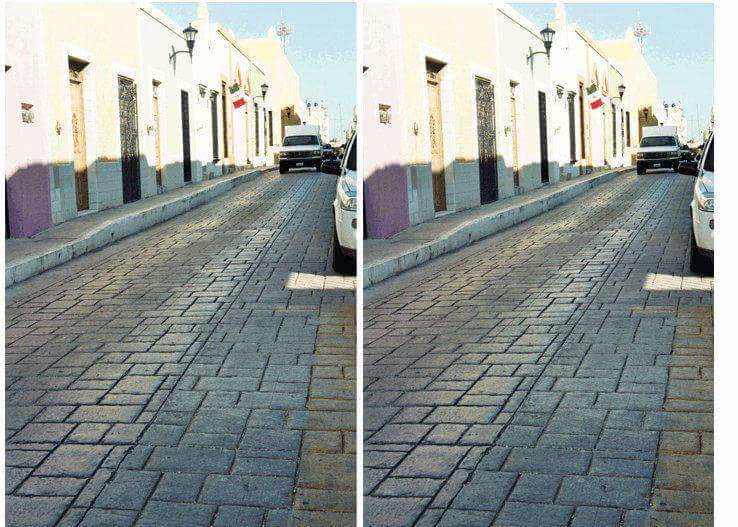 Optical illusions are awesome. Sometimes it takes a proper angle, light, or some help from Photoshop to make them and create a fascinating effect. But other times, a single photo is enough to play with your mind.

When you look at these two images, you see two different photos taken at a different angle, right?

Look closer. Cover one photo and then cover the other. It’s the same image on both left and right. Due to the angle and perspective of the photo, it looks like two different images when you place two copies side-by-side. I don’t know about you, but it made me dizzy.

Gizmodo gives another interesting example of a similar optical illusion. The Leaning Tower Illusion was awarded Best Illusion of the Year in 2007. It shows two copies of the same image of the Leaning Tower of Pisa. When placed side-by-side, it looks like the tower is leaning more on the photo placed on the right.

Judging from the comments, some people see that it’s the same photo. I see them as if they have a different perspective, so this definitely messes with my brain. What about you, what do you see?

« Is it time to change “stupid” and illogical photography terms?
Patent suggests wireless charging is coming to Canon cameras »