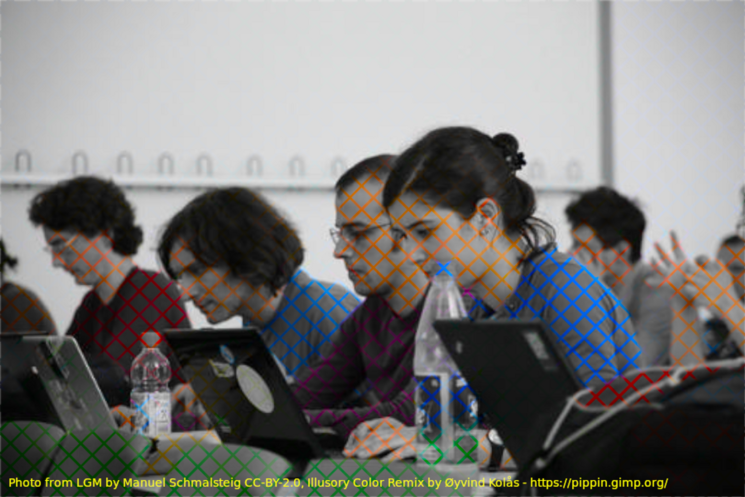 Artist and “a digital media toolsmith” Øyvind Kolås has recently published a visual experiment that took the internet by storm. He created a simple, but effective optical illusion which messes with your brain, making you see a color image when it’s actually black and white.

In Øyvind’s experiment, an over-saturated colored grid is overlaying a grayscale image to cause color assimilation. Also known as Von Bezold spreading effect, in this phenomenon the perceived color of a region shifts toward the color of the neighboring region. In other words, the colored lines make us see colors in the areas of the photo which are actually black and white. It’s like colorization, only in real-time, with our mind. Pretty cool.

Other than using a grid, Øyvind also experimented with lines. I’d say that it’s equally effective:

Another one, with horizontal lines instead of a grid. pic.twitter.com/sNKSBBkkqT

In addition to photos, the illusion also works for video, and here’s a demo:

If you want to experiment with the illusion, Øyvind has added an operation to GEGL, and you can also head over to Patreon and support his work.