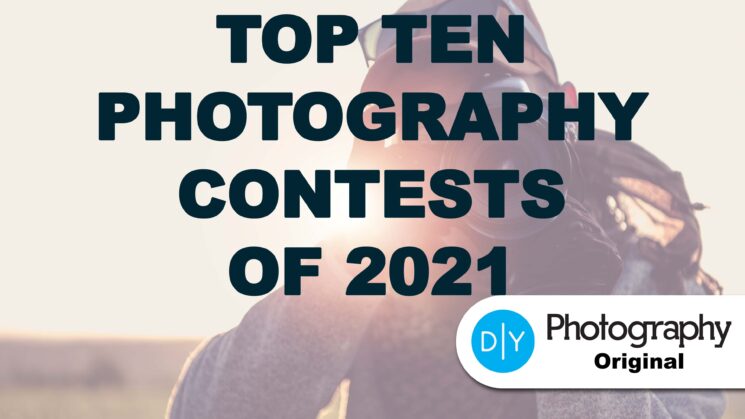 Here at DIYP, we cover plenty of photography contests and their spectacular winning photos. Over the course of the year, they take us through a range of emotions: from laughing at Comedy Wildlife Photography Awards winners to crying at the winning photo of the Siena International Photo Awards.

In this article, we bring you ten of our favorite photography contests we covered in 2021. There can only be ten on the list, so let’s see if your favorite ones are there, too!

This year’s winner is Ken Jensen with his painfully hilarious photo of a “Nutcracker monkey.” But as always, there were plenty more funny images in the selection.

It’s not only wild animals that get caught on camera in funny situations. It’s our pets who make our lives funnier and happier, so there’s also a photo contest dedicated to them. Comedy Pet Photography Awards comes from the same founder as Comedy Wildlife Photography Awards. It puts smiles on our faces, but also raises awareness of animal welfare and raises money to help them.

Comedy Pet Photographer of the Year 2021 is Zoe Ross with her image of Pepper and a cleverly placed soap bubble. See for yourself.

Winners of the Close Up Photographer Of The Year 2021 announced

There can be so much beauty in details and tiny subjects, and Close up Photographer of the Year is definitely proof of that. This year’s contest winner is Norwegian photographer and dentist, Pål Hermansen, with an incredible image of insects. He found them dead inside a light fixture and turned them into a fantastic composition on a light table, paying a tribute to their diversity and importance.

The underwater realm is like a totally new world for me, and it hides some extraordinary animals we’re yet to get to know. So, it’s probably no wonder that an underwater scene won this year’s Wildlife Photographer of the Year. The winner is French underwater photographer and biologist Laurent Ballesta with his image showing camouflage groupers exiting their milky cloud of eggs and sperm in Fakarava, French Polynesia.

From sea deep to sky-high, we move on to the next contest on our list. This year’s Drone Awards have seen plenty of wonderful images shot from the air. But the winner can be only one, and in 2021 it’s Norwegian photographer Terje Kolaas. His aerial photo of geese migration didn’t only bring him the winning title in this contest, but also in 2021 Nature Photographer of the Year.

In June 2020, people in some parts of the world were able to see an annular solar eclipse. Of course, it was also a treat for photographers, and it brought first place to one of them in the 2021 Astronomy Photographer of the Year. Chinese photographer Shuchang Dong was awarded this year’s contest winner, and his incredible image was a result of incredible luck with the weather!

We’re staying up there in the sky for a bit longer. It’s nice up there, isn’t it? It’s especially nice when there’s the magical greenish glow we know as Aurora Borealis. Northern Lights Photographer Of The Year celebrates this stunning phenomenon, and like every year, it shares the top 25 photos from all over the world.

Nature can be beautiful, funny, but also pretty dramatic. Nature inFocus contest shows all these sides of nature with its selection of images. Just like the previous contest, this one doesn’t pick a single winner, but the best images across six different categories. And this year, the judges had to choose them among 18,000 images from more than 2,000 photographers.

We’re going to stay in nature for a little while longer, but let’s move to my continent now, shall we? :) European Wildlife Photographer of the Year shared its 2021 winners, too, and like every year, they absolutely didn’t disappoint.

The overall winner is Angel Fitor from Spain for his photo titled Medusa ballet. It shows jellyfish in the Spanish lagoon of Mar Menor, Europe’s largest saltwater lagoon. And if the Birds category winner seems familiar, it’s the same photo that brought Norwegian photographer Terje Kolaas the victory in two other contests this year.

Last, but definitely not the least contest on this list is the EPSON International Pano Awards. Now in its 12th year, the competition received 5,378 entries from 1,245 photographers in 97 countries. The overall winner is Joshua Hermann for his mystical image titled Eternal Triangle. However, the rest of the category winners are nothing less spectacular, and they’re guaranteed to take your breath away.

Just like photography projects, it was great to go through all of these amazing contest-winning photos again. We have seen so many breathtaking images throughout the year, and I hope there will be even more of them in 2022.

What’s your favorite photo contest? Is it on the list or you’d add something we haven’t? Let us know in the comments.

On the depiction of Africans in photo contests