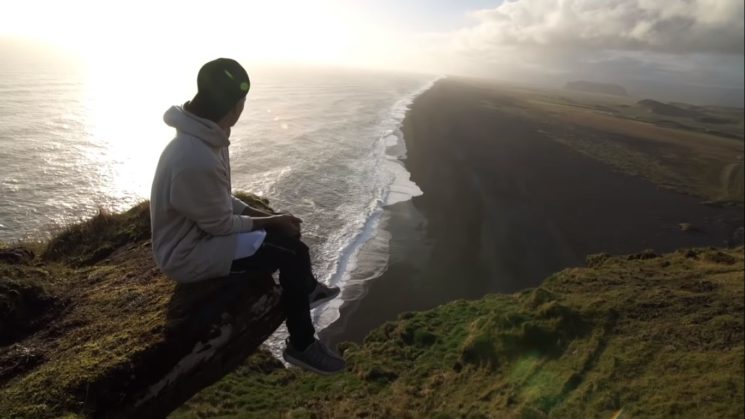 Over the past decade or so, Iceland has become an extremely popular destination for tourists, including photographers and filmmakers. This tourism expansion has gone so far that one of the country’s photogenic canyons, Fjaðrárgljúfur, will have to be temporarily closed to visitors. The place has been attracting so many tourists that there’s a danger its environment could be destroyed. One of the reasons for its popularity seems to be a Justin Bieber video from 2015.

CNN Travel writes that there are several reasons why the 328ft-deep Fjaðrárgljúfur has become so popular. First of all, it’s simply because it’s photogenic, with sheer walls that look magnificent in photos and videos. But the second reason may be Bieber’s video for the song “I’ll Show You,” which was filmed there, along with other locations around the country. The video has over 441 million views at the time of writing this, so I believe it has had quite a significant contribution.

Inga Hlin Palsdottir of tourism agency Visit Iceland said that “it’s not fair to blame overtourism — or pop stars — for Fjaðrárgljúfur’s closure.” She explained that the place is a natural wonder that simply wasn’t meant to be that popular. The environmental damage is the primary reason for closing the canyon, but there’s also a safety issue. “We need to build a better infrastructure there so we can invite people all year round. We need paths that can be discovered all year round,” Palsdottir told CNN Travel.

Hannes Sasi Palsson of Reykjavik tourism company Pink Iceland agrees that the increasing number of tourists is a challenge for Fjaðrárgljúfur. “We have to ask ourselves whether we want to build viewing platforms, charge entry or simply close the area down for a few months a year, giving it time to heal,” he told CNN Travel. However, he added that he doesn’t believe that selling tickets is a solution.

According to the Icelandic Tourist Board, there were 2.2 million foreign visitors in 2017. Considering that the country has only 350,000 inhabitants, this number is impressive. Sadly, however, over the years we’ve heard many stories of irresponsible tourists. Some of them destroyed the environment they were visiting, and the others even accidentally hurt or killed plants, animals or themselves. All of this could happen at Fjaðrárgljúfur, particularly considering that Iceland’s popularity among tourists is on the rise. So, the canyon will just have to be closed for now, and it will reportedly remain so until June.