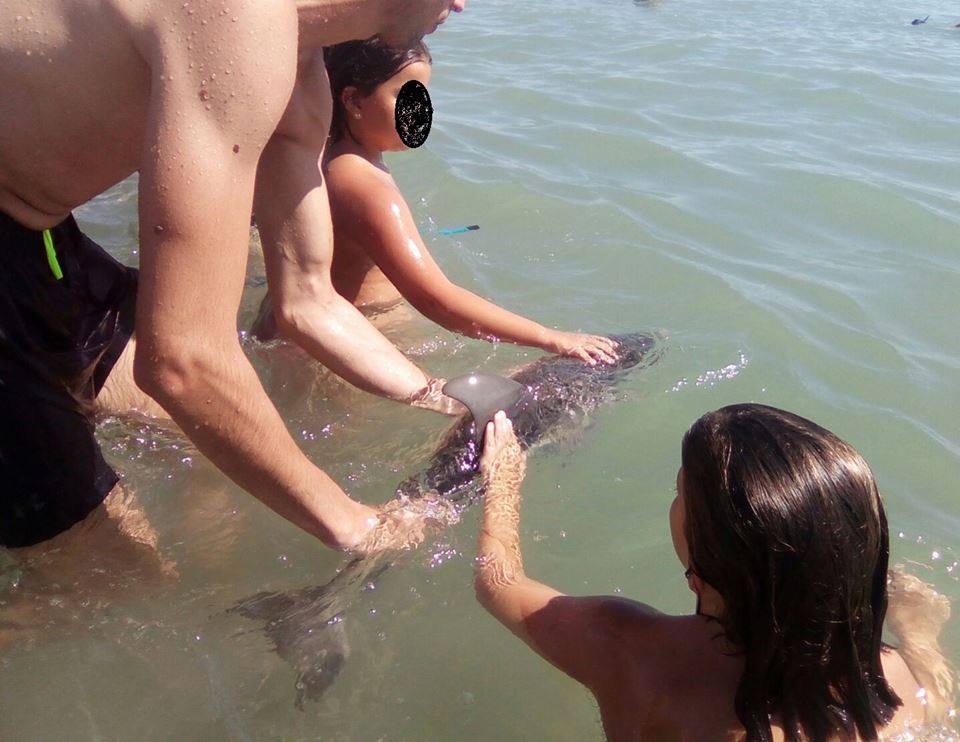 How far people would go for a selfie probably shouldn’t surprise me anymore. However, they seem to constantly push the boundaries. Earlier this month, a baby dolphin was stranded on a busy beach in Spain. Curious tourists passed the poor animal around to take photos with it, instead of contacting the authorities. Eventually, the dolphin died, due to a high level of stress.

A marine wildlife rescue group Equinac shared the news, and strongly criticized the people for their acts. The baby dolphin was separated from its mother. As Equinac reports, it was “frightened and weak.” the The people and children at the beach were curious about the animal, so they pet it and tossed it around to take photos with it. According to Equinac, this made the dolphin suffer from huge stress. As they report, a child even covered the dolphin’s blowhole while petting it, as you can see in the photo.

One of the beach visitors eventually called the emergency number. Equinac rescuers arrived 15 minutes later, but there was nothing they could do anymre. By the time they got there, the tiny mammal was already dead. The cause was the cardiorespiratory failure, caused by high level of stress. The rescuers were only able to retrieve the body and they are going to conduct an autopsy. In their Facebook post, they stressed that dolphins are a protected species, and it’s a criminal offense to disturb them.

I understand the curiosity, I really do. Especially with kids who love animals. I can hardly imagine anything cuter and more interesting than a baby dolphin. But I can’t understand the self-centeredness of grown up people who’d rather pass the weak baby animal around to take a photo, instead of acting responsibly and contacting the service that could help the dolphin survive. When have selfies and social media likes become more important than someone’s wellbeing? In this case – selfies were even more important than the animal’s life.

Houston Teen Dies While Taking Selfies with a Gun

« This is the oldest known portrait of a U.S. President
If you don’t want to risk losing your data you need a good backup workflow »