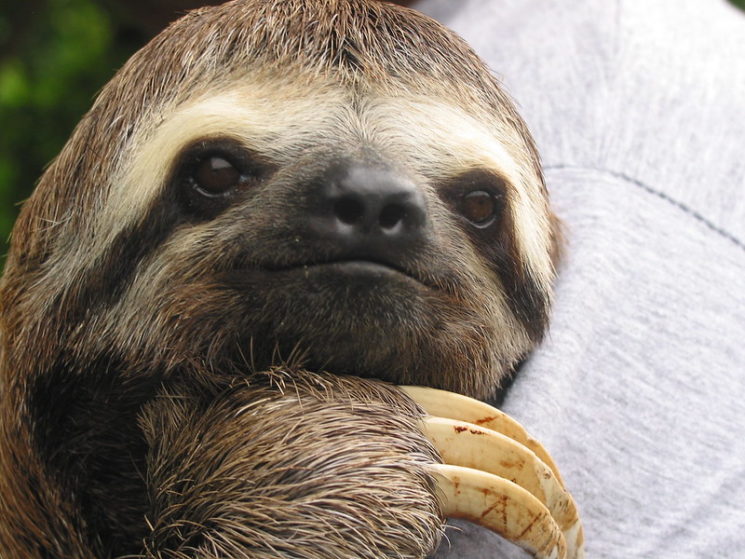 Some wild animals are so incredibly cute that you just want to pick them up and hug them. Many of us know that it’s not good for them, but more and more tourists in Costa Rica ignore this and pick up animals to take selfies. Due to an increased number of selfies that people take with wild animals, the Costa Rican Tourism Institute started a campaign to stop people from doing it.

The campaign is called #stopanimalselfies and it aims to protect the animals, but also to educate tourists. Speaking to CNN Travel, Pamela Castillo, Vice Minister of Costa Rican Ministry of Environment and Energy (MINAE) said:

“Our visitors must know the negative impact caused by selfies and photos showing direct contact with wild animals. Our goal and responsibility as global leaders in environmental issues is to educate and encourage new world ambassadors committed to wildlife protection.”

The Costa Rican Tourism Institute has teamed up with MINAE to start the campaign. First of all, they ask tourists to be respectful of Costa Rican wild animals and treat them properly. They also ask visitors to the Central American nation to pose with stuffed animals instead of real ones. When they post the photo to their social media, they’re encouraged to use the hashtag #stopanimalselfies and add the caption “I do not mistreat wild animals for a selfie.”

According to CNN Travel, around 1.7 million people visit Costa Rica every year. The language of the campaign and the #stopanimalselfies hashtag is English because most of the tourists come to Costa Rica from the United States and Canada.

Now, you may wonder why it is a problem to pick up cute, cuddly animals (such as sloths). It isn’t just about disrupting their natural behavior or scaring them. Another problem is that the close interaction between humans and animals can lead to diseases. Ultimately, people can be so reckless that they cause serious harm or even death to animals just because they wanted to take a photo. With larger animals, sometimes the tragedies happen the other way around, too.

Furthermore, in the Amazon, locals keep wild animals in captivity to lure the tourists to take selfies with them. I’ve heard the same thing about Thailand from some friends who visited this country. Animals are not toys, and we should respect them, their habitats, and their way of life – both for their and our safety. I think the #stopanimalselfies campaign is a good way to raise awareness about all this, and I hope that more countries, organizations, and individuals will join.